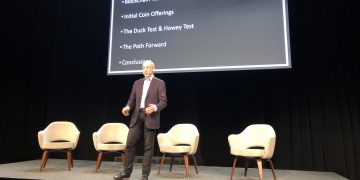 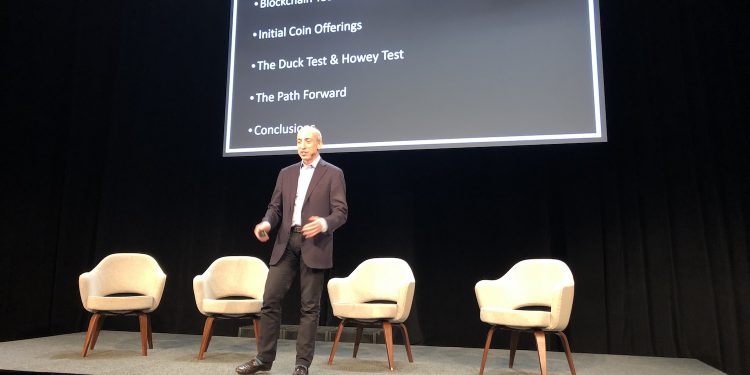 Libra is a security, says a former Commodity Futures Trading Commission (CFTC) chairman in prepared remarks to the U.S. House of Representatives.

Gary Gensler, who chaired the CFTC from 2009 to 2014 and previously held leadership roles at the U.S. Treasury Department, says in written testimony that Facebook’s new cryptocurrency project looks like an investment vehicle and that Libra may even resemble some banking structures.

In Genslers remarks, obtained by CoinDesk, he describes how the Libra cryptocurrency might be classified as a security.

At the heart of his argument is Libra’s structure: Libra itself is intended to act as a kind of stablecoin, with its value pegged to a basket of sovereign currencies and government bonds. Members of the Libra Association, the governing council charged with overseeing the cryptocurrency’s ongoing development after it launches, will receive a Libra investment token – a security token, as Facebook has acknowledged.

Collateral earned on the basket of currencies backing Libra (referred to as the Libra Reserve) will go to holders of the investment token, according to documentation Facebook published about the project last month.

Gensler argues this means Libra itself looks like a security, saying:

“As currently proposed, the Libra Reserve, in essence, is a pooled investment vehicle that should at a minimum, be regulated by the Securities and Exchange Commission (SEC), with the Libra Association registering as an investment advisor.”

According to Gensler, Libra is a security for the same reasons that the Libra Investment Token is a security.

There may be debates on whether and how Libra qualifies as a security under the Investment Company Act of 1940, the Howey Test, or the “Reves Family Resemblance Test,” but none of these are strictly important for this analysis, he argues, explaining:

“It’s unambiguous that [the Libra Investment Token] is a security as it will receive a net return based upon interest on the Libra Reserve.”

In Gensler’s view, the actual Libra token is “part of the same pooled investment vehicle,” and therefore faces the same market risks as the investment token.

The SEC is already considering whether Libra could be considered a security, and therefore falls under its purview, according to a Wall Street Journal report.

“Further, investor protection will be just as important for the proposed Libra token as it is for investors in international bond funds or in commodity ETFs such as gold, silver, or oil ETFs,” Gensler says. “I also believe that each Authorized Reseller of the Libra token would need to be a registered broker dealer.”

He describes holders of Libra as a “2nd class of investors” in the Libra Reserve.

The Libra Reserve is effectively proposing “a private form of money” which can be used for payments, storing value and lending “the proceeds to banks (as deposits) and governments (as debt securities),” he says.

These applications are similar to services offered by banks.

“Thus, there is some basis to consider the Libra Reserve as a bank or to apply bank-like regulation to it,” Gensler proposes. “At a minimum there should be restrictions on Libra Reserve’s investments and prohibition on its ability to lend or operate as a fractional bank.”

(It’s worth noting there’s actually precedent for a stablecoin issuer operating as a fractional bank: Tether.)