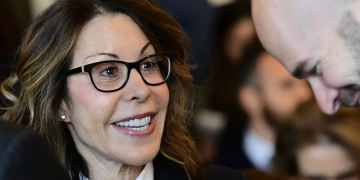 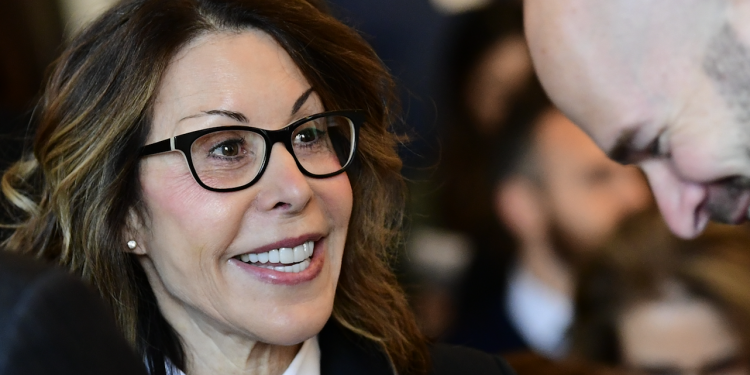 This post is part of CoinDesk’s 2019 Year in Review, a collection of 100 op-eds, interviews and takes on the state of blockchain and the world. Donna Redel is founder of Strategic 50, a consultancy dedicated women in business, and board member of New York Angels, an independent consortium of over 100 individual accredited angel investors.

Having a big idea is great, but pushing forward and implementing it requires sustained attention to detail. Many of us see nearly limitless possibilities for cryptocurrencies and other blockchain applications, but that future will not come to pass if stakeholders do not continue to pay close attention to the developing global legal and regulatory frameworks. In 2019 there was some progress on this front for U.S. blockchain companies – among other things, the SEC finally issued its framework for token issuers – but the year did not bring as much clarity as many hoped. Just ask cryptocurrency companies who are still trying to figure out what William Hinman, the Director of the SEC’s Division of Corporate Finance, meant when he said, in April 2018, that some tokens were “sufficiently decentralized” as to no longer be considered securities. In fact, the big picture only grew more complicated as the Treasury Department, the G-7, and even President Trump entered more prominently.

To help address that uncertainty, I organized the inaugural Fordham Law Blockchain Regulatory Symposium in partnership with another Fordham Law alum Joyce Lai, an attorney at ConsenSys. The event took place in November but we conceived it back in April when we had both wondered why New York City did not have a dedicated academic blockchain regulatory event? There were certainly enough grey areas and complex issues to devote a full day to the current legal landscape and how it might be reimagined – because if we want the industry to move forward responsibly and quickly, we need to create opportunities for constructive dialogue between the private and public sectors.

So we proposed to Fordham Law School that it sponsor a daylong symposium on key industry and legal issues, with discussion and debate among a diverse array of participants, including partners from law firms, general counsels, academics, judges, regulators, investors and entrepreneurs. We felt it was important to hold the symposium under the law school’s auspices because that would ensure a level of intellectual rigor; as well, there was a significant educational opportunity for the school itself. As a law student, whether you end up at a big or boutique firm or working in government or clerking for a judge, you are going to be confronted by these issues because blockchain regulation touches on so many different areas of the law: i.e. property, contracts, securities, intellectual property, antitrust.

As we put together a roster of speakers, it was a bit of a surprise to discover how many major law firms, on both the securities and fintech sides, are already deeply engaged in blockchain issues. People are always asking when blockchain will become more institutionalized, but much work is being done behind the scenes to pave the way for transitions on both the legal and regulatory fronts. In one sense, then, the Fordham Law symposium was a vehicle to share and expand on conversations that have already been taking place between the private and public sectors.

The two keynote speeches were by Linda A. Lacewell, Superintendent of the New York State Department of Financial Services, and Caitlin Long, who leads the Wyoming Blockchain Task Force – each representing states with very different approaches to cryptocurrency-blockchain regulation. Superintendent Lacewell, only recently confirmed, has indicated that her office will aim to strike a balance between protecting consumers, on the one hand, and encouraging innovation on the other.

Caitlin and Wyoming, meanwhile, are aggressively challenging New York’s supremacy in financial custodianship with a new and comprehensive legal framework that they hope will spur creativity in the field. This state-by-state approach was in full view during 2019, and at the Symposium, where we also heard about Delaware’s blockchain law that will allow companies registered there to allow securities to be on a blockchain once federal regulations permit that. Rhode Island and New Jersey are also moving forward to encourage blockchain startup companies. But New York remains the nation’s financial center and I expect that 2020 will be a great year for blockchain-fintech startups in the state.

A series of panel discussions brought together federal regulators, lawyers, and academics, yielding insights into how various U.S. agencies operate in the digital realm. Of particular interest was the roundtable conversation that focused on the question of whether contract law is well suited to “smart contract” applications – and if not, how it might have to be modified to reflect the tech world’s “code is law” paradigm, and how that might look and operate.

One conclusion was that the code and the written word would likely have to run in parallel for quite some time.

The tricky thing about planning a blockchain-related event – and this is true as well of the blockchain course I teach at Fordham Law – is how quickly the industry landscape changes. In contrast, changes in the law take time and court cases to establish precedence even longer. We thought issues related to Libra  would be front-and-center at the symposium but by the fall central banks’ digital currencies (CBDCs) had taken precedence as governments and the G7 stepped in to protect their turf and dominance over monetary policy. The panel on stablecoins discussed if the term had become toxic in the wake of the Libra hearings in Congress and concluded that CBDCs will remain a hot topic during 2020, especially with China looking to create one.

A more novel panel looked at corporate governance as it relates to shareholder voting and the blockchain, focusing in particular on the challenges, both practical and regulatory, public companies face in implementing blockchain solutions to improve the current system. Central to the conversation was what role financial market infrastructures (for example, DTCC or Broadridge) would play in blockchain-based securities record-keeping practices? How would moving from a three-day settlement affect liquidity? What are the tensions blockchain creates between investors – particularly activist investors – and companies that are interested in knowing more completely who their shareholders are? Blockchain technology is enabling public companies and financial institutions to reimagine a different landscape, which includes custody of digital security assets and instantaneous settlement.

One highlight of the day was a fireside chat with George Weiksner, the 13-year-old founder of Pocketful of Quarters, a cryptocurrency-based gaming platform. George is surely the youngest person ever invited to speak at Fordham Law, having spent an eighth of his life trying to get a “no-action” letter from the SEC for a token. He finally got the letter last July – one of 2019’s milestones – which will allow his company to solve a problem for online gamers, a $2.2 trillion industry, who have so many points/dollars locked into individual games.

As we head into 2020, there remain numerous regulatory issues that need to be clarified and coordinated for the blockchain industry to continue to innovate in the U.S. For one thing, we will need to navigate the implementation of the travel rule for cryptocurrencies and see how numerous regulatory agencies – SEC, CFTC, FINCEN – will act independently and collectively to provide guidance and new rule or policy making. We are also going to learn more about how central banks in other countries will approach digital currencies.