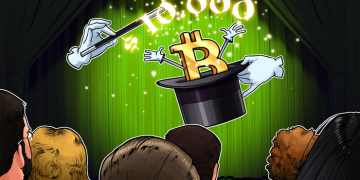 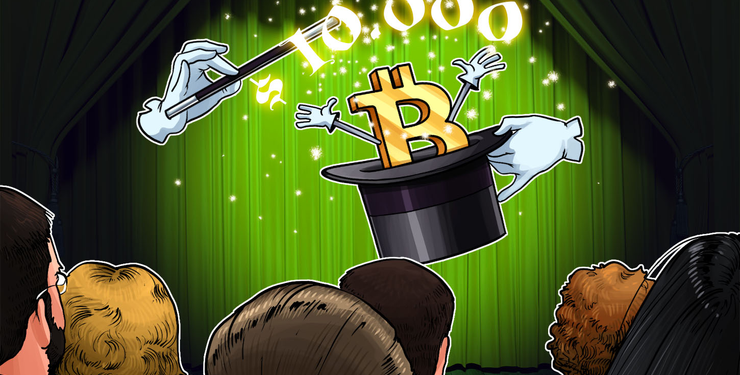 Bitcoin (BTC) has retaken $10,000 today following a moderately volatile month, according to data provided by Coin360.

Bitcoin starting its parabolic advance in April which culminated in retailing the 5-figure mark in June for the first time since March 2018. At the time, BTC was on a slow-and-steady bull run that peaked just shy of $14,000 on June 26.

Some analysts linked this week’s correction to technical reasons alongside the Libra hearings on Capitol Hill. Additionally, recent remarks from United States (U.S.) Secretary Treasury Steven Mnuchin who echoed president Donald Trump’s “not a fan of Bitcoin” comments could have also played a role.

But the ongoing scrutiny of Facebook’s Libra project in Washington D.C. appears to be educating lawmakers about the key differences between Bitcoin and other so-called “cryptocurrencies.”

As reported by Cointelegraph, Blockstream chief strategy officer Samson Mow suggested that Facebook should have simply offered a BTC service instead of foraying into a new cryptocurrency with Libra. Mow remarked:

“Once Libra is compliant with every jurisdiction, it will just be a more complex PayPal governed by an association. Should’ve just used Bitcoin.”

Meanwhile, U.S. representative Patrick McHenry said that he believes Bitcoin (BTC) can not be killed in an interview with CNBC’s “Squawk Box” on July 17.

During the interview — when he was asked whether he believes politicians will allow cryptocurrencies to thrive — McHenry said:

“I think there’s no capacity to kill Bitcoin. Even the Chinese, with their firewall and their extreme intervention in their society could not kill Bitcoin.”

McHenry also pointed out that newer cryptocurrencies, backed by startups or corporations, are trying to replicate the success of Bitcoin’s decentralized, open-access network. He concluded:

“The essence of Bitcoin is what Libra and Facebook, and corporates are trying to mimic.”

As Cointelegraph reported, the United States’ Senate Banking Committee raised a wave skepticism over Facebook’s crypto project Libra during the first day of testimony on July 16.