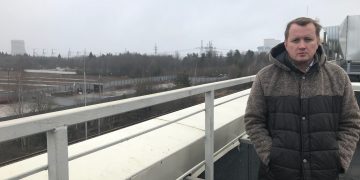 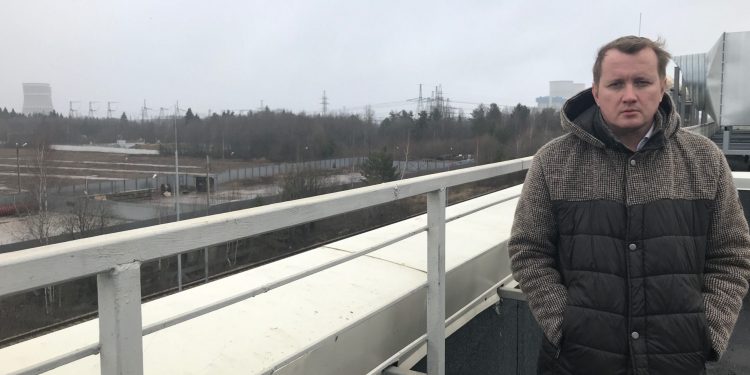 Late last month, Rosatom State Atomic Energy Corporation opened a mining farm near the Kalinin nuclear plant in Udomlya, 200 miles northwest of Moscow. The company spent more than $4.8 million building the 30-megawatt facility, according to Sergei Nemchenkov, the head of data centers and digital products at Rosenergoatom, a Rosatom subsidiary.

Rosenergoatom isn’t planning to mine itself, Nemchenkov said. Rather, it will capitalize on the opportunity to sell additional electricity to heavy users and rent space for their equipment, similar to a data center the firm built near the plant.

“Both data centers and miners are large energy consumers with a stable demand,” Nemchenkov said. “For us, it’s a way to diversify.”

Rosatom is the first big government-related entity to embrace miners in Russia, the world’s eleventh-largest economy according to the IMF and the World Bank. And with plans to eventually open 240 megawatts or more of its power from several locations to the industry, the company could become a notable player on the global market.

To put that number in perspective, Chinese mining giant Bitmain’s facility under construction in Rockdale, Texas, is expected to start with a capacity of 25 to 50 megawatts and eventually expand to 300 megawatts. Another facility being built in the same town would start at 300 MW and eventually go up to 1 gigawatt; both are claiming the title of world’s largest.

The Kalinin plant (built in 1974 and named after a Soviet party functionary) is another example of miners in Russia nesting close to old industrial sites, like the abandoned factories in Siberia that are attracting miners from all over the world.

In Udomlya, a rectangular field of about 215,000 square feet is expected to fit up to 30 containers, each with room for almost 400 individual mining computers.

Electricity for miners will cost 4 to 5 cents per kilowatt-hour – not the cheapest price you can find around the globe, as rates lower than 4 cents can be found in some regions of China and Kazakhstan.

But Rosenergoatom wants to market the project, first of all, as a legitimate, reputable way to mine cryptocurrency, right on the energy producer’s property.

To find clients, Rosenergoatom partnered with ECOS-M, a mining hotel firm that serves as an intermediary between the venue and miners. Founded in 2017 in Armenia, ECOS-M started by building a mining venue near the country’s Hrazdan thermal power plant.

So far, ECOS-M has set up two containers in Hrazdan, but hopes to expand significantly as the potential capacity of the site is up to 200 megawatts, ECOS-M managing partner Ilya Goldberg said.

But the partnership with Rosenergoatom, which he says is “very comfortable” for ECOS-M, is even more promising.

If ECOS-M manages to fill the field in Udomlya fast, Rosenergoatom will open other venues for mining, said Nemchenkov.

“This is the company we’re planning to go a long way with,” he said.

According to the memorandum of understanding (MOU) signed by ECOS-M and Rosenergoatom in February, in addition to Udomlya, four more Rosatom venues might be filed with miners in the coming years, two of them in Siberia, one in the northern region of Murmansk and one in the Kaliningrad exclave in the West.

One of these venues, located in the Siberian town of Seversk, is an especially ambitious project, Nemchenkov said: with a potential capacity up to 200 megawatts, the site is expected to fit 84 containers for one megawatt each at the beginning, after construction is finished, tentatively scheduled for late 2021.

Some 130 more megawatts of available electricity are waiting for miners near the Kolskaya and Baltic nuclear power plants and Angarsk Electrolysis Chemical Plant, according to the MOU.

For Rosenergoatom, building mining venues for rent is a by-product of the company’s ambition to become a large data center provider.

The political situation is conducive to this business: in early December, Russia passed a law prohibiting storage of Russian citizens’ personal data abroad.

This means any company dealing with Russians’ personal data will have to store it on servers inside Russia or pay up to $290,000 of fines and get blocked in the country. Another law, passed in 2016, requires all telecom companies to store their clients’ communication data for up to three years, further stimulating demand for storage.

The data center in Udomlya has a backup diesel generator, which ensured uninterrupted service for clients during a brief outage at the Kalinin power station last year caused by a short-circuit in a transformer outside the plant, Nemchenkov said.

While the mining field doesn’t have such generators, an outage there in extreme conditions would only last one or two minutes, he said.

Rosenergoatom seems serious about working with miners: according to Nemchenkov, there will be an option to hire the nuclear giant’s personnel to take care of the mining containers and leverage their engineering and industrial safety expertise. It might also provide the metal containers in the future, Nemchenkov said.

However, the infrastructure the company is building can serve various use cases, Nemchenkov said. If one day Russia bans crypto, or mining in particular, the venue can be upgraded and turned into a normal data center, he said.

“For the time being, we can host miners. If the mining story is over, we can host something else,” Nemchenkov said.

10M Bitcoins Haven’t Moved in More Than a Year, Highest Since 2017