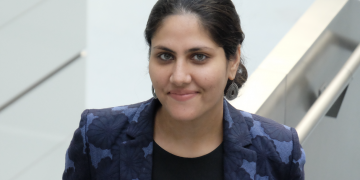 Even If Blockchain Can’t Secure Land Rights, It Got Us Talking About Them

Even If Blockchain Can’t Secure Land Rights, It Got Us Talking About Them 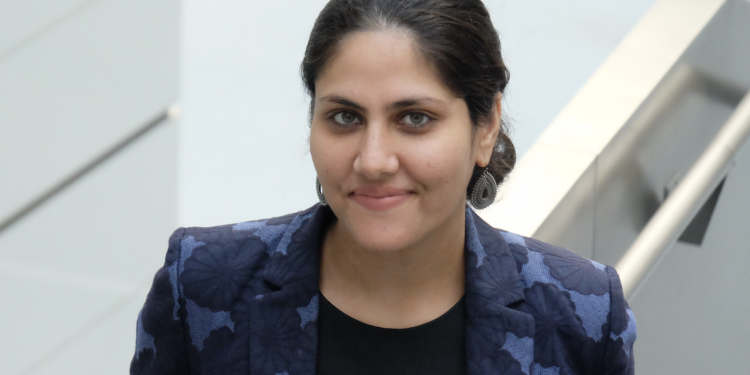 This post is part of CoinDesk’s 2019 Year in Review, a collection of 100 op-eds, interviews and takes on the state of blockchain and the world. Anand Aanchal is a land specialist and blockchain expert at the World Bank.

Last spring, Anand Aanchal of the World Bank spoke to the teething problems of blockchain.

“Tech can look big and flashy, and like it can solve all our problems … but the Big Mac burger never matches up to the one in the ad,” she said at a World Bank conference in Washington, D.C.

As a specialist with the Global Land and Geospatial Unit, Anand has direct experience with the issues of deploying tech to bolster citizens’ basic rights.

While the crypto industry is captivated by “banking the unbanked,” there are several ways to ameliorate the financial and social conditions of the world’s most vulnerable populations. For one, clarifying private or shared ownership of property. Properly established and enforced codes of land rights affects everything from a nation’s GDP to the types of crops farmers are willing to grow, Anand said.

Though blockchain is touted as a natural fit for bureaucratic registries, Anand has found that low-tech solutions – like a GPS-enabled smartphone – often provide results with more efficiency. Ultimately, any technological solution that’s effective will need to be accompanied by legal and social reforms, she argues.

CoinDesk caught up with Anand to see how her thinking has developed regarding blockchain’s potential for improving property rights.

What are land rights and why do they matter?

Land rights are rights to land and property. The reason why the security of these rights matter is they drive several things in the economy, from socioeconomic issues like conflict or post-conflict negotiations to the types of investments people are willing to make. Land administration is the clarification of land rights, meaning what is the physical parcel, property or the plot, what are its geographical coordinates, and who has legal ownership or other rights to that plot/building/house, what have you.

What are the pressing issues in land rights now?

In some countries, by some estimates close to 70 percent of land rights are not registered, due to legal or institutional barriers, specific social issues like women or minority property rights, and often also the reliability or affordability of land administration services. Further, in many countries, women and minorities have legal access to land rights, but socially the system doesn’t always allow them to exercise those rights. So you see discrimination.

Where registration rates are low, blockchain may be a solution, but it won’t be the solution you need most.

You’ve said in the past that blockchain is overhyped as a solution for land rights issues, how come?

There are certain enabling environmental conditions that are required for blockchain to make strategic, financial and commercial sense. Blockchain is suited for countries that already have digitized data that is up to date, with a functioning records system. If you go into a country where the culture of an informal economy is high, and registration rates are low, blockchain may be a solution, but it won’t be the solution you need most.

There are so many basic investments needed before it could have value for citizens. It’s quite important to think of tech in terms of what problems it’s solving. Often you find when you look at land administration problems, you find low tech (like smartphones with GPS or drones) being more capable of solving problems in a faster and cheaper way, which may pave the way for higher tech like blockchain.

Are there economic costs that may prevent the efficient use of blockchain tech?

A lot of low- and middle-income countries have already spent, or are spending a lot of money, modernizing their IT systems, specifically for land information systems. You cannot disregard these investments just because of the changes in tech. Now that there’s buzz about quantum computing, will everyone throw away blockchain and go quantum? It’s not advisable to throw away systems and simply take the newest toy on the market, so to speak.

It’s quite important to look at why one is interested in blockchain, what additional value it adds, and then consider if an entirely new system is needed. Sometimes specific features of blockchain can be used without a complete upgrade. For example, the City of Dubai has applied a blockchain transaction layer to take care of incoming transactions and start building an archive. That is a much softer, smarter and cost-effective way of testing a new tech, seeing if it helps and then scaling it up.

How does the World Bank advise blockchain implementation for land registration?

It’s an emerging technology and we rely on proofs-of-value to test viability. Together with the Technology & Innovation Lab of the World Bank Group, our team looked at three generic use cases – including first parcel registration, transfers of ownership and authentications – that we expect most countries will need at some point if they consider blockchain. But it’s only an isolated, lab condition proof of concept. At this stage, we stress the off-chain legal and regulatory issues to see if the tech is truly the best fit. Technology without strategy won’t solve the problem. We have also done proof of values in other areas, including climate, finance, health, and education.

What are the lingering issues with current land registry systems?

Cybersecurity is an issue that comes up that will only grow as countries digitize more and more. In some countries, there are reports of record tampering, so I think blockchain can be an attractive solution in that case. Though context truly matters in land administration. Blockchain cannot prevent rent-seeking in the system, which is why the broader political economy is important to consider.

If a country doesn’t recognize an individual’s right to own land, will having a legal document that proves ownership change the overarching culture?

That raises a good point. I always caution to say that technology will be a solution rather than one tool or part of a solution. Technology has to be at the service of public policy, not the other way around.  Blockchain is one example of that. Simply having a piece of paper that says they have rights to a piece of land doesn’t necessarily make it secure or guarantee their rights. Which is why I believe tech has its place in making these rights more transparent, but at the end, it’s not a tech problem. It’s a wider issue, and tech should not be mistaken to fix solution.

Blockchain was the ice-cream flavor that got people excited to eat their broccoli.

There was a point years back when a lot of countries wanted to be blockchain ready by 2020. I thought it was an ambitious goal, perhaps unrealistic considering the social climates and data readiness. But at the same time, I thought blockchain was acting as a powerful way of getting people to start looking at the systemic issues and data issues that weren’t previously given priority. The joke was that blockchain was the ice-cream flavor that got people excited to eat their broccoli.

When they asked how to get blockchain ready by 2020, we sat down and said ‘let’s talk about your systems, let’s talk about accuracy, let’s talk digitization levels and needs.’ I think that, for all the fact that it’s not a silver bullet, blockchain opened a conversation, however briefly, about hard infrastructure problems and important enabling environmental conditions, and broadened the conversation about a bigger strategic vision.