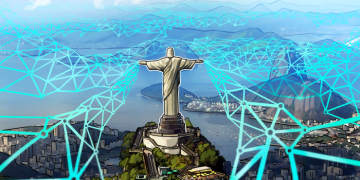 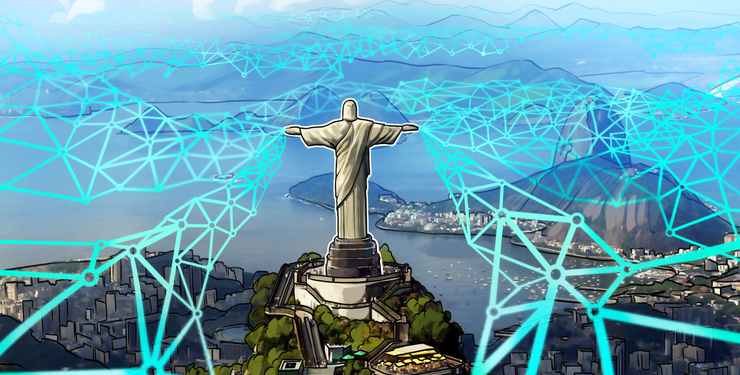 Brazil’s weak economic growth and inflationary pressure have led to more than 13 million Brazilians currently out of work. The unemployment rate currently stands at 12.5%. While the country runs the risk of recession, cryptocurrency’s low barrier for entry and promise of large returns appeal to Brazilians. Bruno Peroni, chief sales officer at Atlas Quantum, told Cointelegraph:

A draft bill requiring public administrators to promote blockchain, as Cointelegraph Brazil reported, was filed by a group of 10 federal officials from different political parties and states in the lower house of the National Congress of Brazil on June 11.

Federal Deputy Tiago Mitraud of the libertarian Brazilian political party called the New Party signed the bill, as well as officials from various other parties, including the Brazilian Socialist Party (PSB). It’s not the only recent action by Brazilian authorities on the cryptocurrency and blockchain front.

The president of the Brazil’s Chamber of Deputies, furthermore, ordered a commission to consider cryptocurrency regulation for the country. The country is also establishing a regulatory sandbox, according to reports from June 13.

Also, within a space of just a week, Brazil’s Department of Federal Revenue published a manual on June 18 that obliges all exchanges in Brazil to report 100% of user transactions to the supervisory.

In January of this year, the Financial Supervision Council of Brazil announced it would regulate cryptocurrencies using Brazil’s Anti-Money Laundering laws, including fines as high as $5 million for violators.

Brazilian merchants, meanwhile, are still dealing with a lack of regulatory clarity. There has been an ongoing dispute between banks and companies operating in the cryptocurrency space.

“We are competitors and we are also users of the banking system, banks can not act unilaterally, they claim that it is not possible to guarantee that there is no money laundering.”

“While the government and the banks are always boasting about their projects involving blockchain technology, many crypto-related companies have their bank accounts closed,” he added.

Campos also adds that the focus of the crypto industry should shift in the near future, saying, “By following strict rules, we hope that the government understands that crypto is not a safe haven for criminals and that it should strive for Brazil to be a big player in this new era of decentralized finance.”

While regulators explore cryptocurrency regulations, the Central Bank of Brazil (BCB), the Securities and Exchange Commission (CVM), the Superintendent of Private Insurance (SUSEP) and the Ministry of Economy’s Special Secretariat for Finance are working to digitize the financial, capital and insurance sectors of Brazil by integrating blockchain technology. The official statement said:

“The use of innovative technologies as distributed ledger technology, blockchain, robo-advisors and artificial intelligence has allowed the rise of new business models, reflecting a bigger offer and reach.”

Vice President of Brazil’s largest bank, Bradesco, revealed that major banks will introduce a unique blockchain platform, which it is developing alongside distributed ledger consortium R3, and the bank Itau. The platform is focused on foreign trade and insurance, as Cointelegraph reported on June 11. Bradesco told Cointelegraph in a written statement:

“Bradesco has been studying Blockchain/Distributed Ledger since 2015 and since then has carried out pilot projects in areas related to payments, Know Your Customer (KYC), fraud prevention and Certificate of Deposits (CDB). The platforms used so far are Corda, Hyperledger Fabric, Ethereum, and Ripple. Through these projects, we have tracked the evolution of technology regarding processing and reconciliation capacity for future large scale applications.”

Bradesco believes that blockchain and distributed ledger technologies could help “in terms of agility, security, transaction transparency, and costs in existing services, as well as enabling the development of new services.”

Keiji Sakai, the country head for Brazil at R3, told Cointelegraph in an emailed statement:

“While we are very excited about these projects, the potential for Corda stretches well beyond financial services. Corda removes costly friction in business transactions across every industry. It enables institutions to transact directly using smart contracts, while ensuring the highest levels of privacy and security. Its applications stretch from financial services and healthcare to oil and gas and we’re always looking to capitalise on those opportunities in Brazil and beyond.”

In early June, CIP launched its blockchain ID platform on Hyperledger Fabric through a partnership with IBM. Nine banks are participating in the project, called Device ID, which is designed to authenticate and verify digital signatures with mobile devices. The project is to be integrated into Brazil’s domestic clearing system, the Brazilian Payment System (SPB). Regarding this, Joaquim Kiyoshi Kavakama, director of Febraban, Brazil’s national banking association, told Cointelegraph:

“Brazilian banks have been studying blockchain technology applications for a long time, but they weren’t all together. So we decided to create a group and unify all actions, which is very important to achieve standardization to all banks. We are now in the forefront when it comes to blockchain.”

In addition to the Device ID anti-fraud solution headed by CIP, Bradesco has projects related to international remittance, trade finance, insurance, investments, customer registration and payments, among others.

Ripple, an enterprise blockchain software company, recently opened an office in Brazil as a first step to expanding its footprint in South America. The company has already partnered with more than a dozen Brazilian financial institutions and money transfer companies — including Santander Brazil, international payment service BeeTech, Banco Rendimento, etc.

Ripple says its 2019 focus includes growing its presence in not only Brazil, but across South America, to countries like Chile, Peru and Argentina. The company is also working with Brazilian universities — such as the University of São Paulo and Fundação Getulio Vargas per its University Blockchain Research Initiative. Luiz Antonio Sacco, managing director for Ripple in South America, shared his thoughts with Cointelegraph:

“We believe that academic institutions will play a key role driving the blockchain industry forward. USPand FGV are innovative, forward-thinking institutions that are investing in blockchain research to explore new use cases and help prepare students for future jobs in this space.”

Peroni of Atlas Quantum says it’s hard to know the cause of Bitcoin’s growth in Brazil. “Our guess is that the low barrier to entrance and the prospect of exponential returns might be one of the reasons why so many Brazilian investors are gearing towards crypto,” he said.

How Blockchain Could Decentralize the Music Industry

How Blockchain Could Decentralize the Music Industry