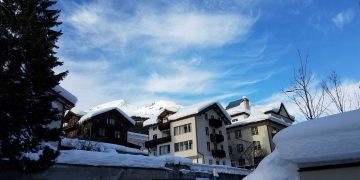 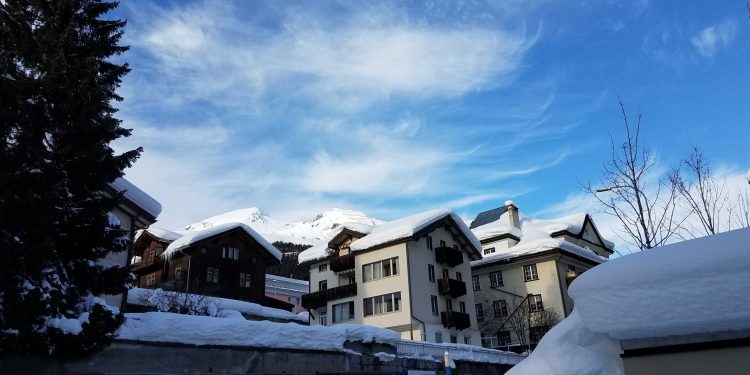 Michael J. Casey is the chief content officer of CoinDesk. The opinions here are his own.

As the world’s most influential and self-entitled gather in Davos, Switzerland, for next week’s World Economic Forum, a predictable set of problems are on their minds: climate change, political polarization, trade tensions and cyber-attacks top their list of worries, according to the WEF’s just-released Global Risks Survey.

Those are weighty issues. But if we look at them through the decentralization mindset encouraged by cryptocurrencies and blockchain technology, it’s hard not to conclude that elephants in rooms are being overlooked. It’s with those issues, the ones not being talked about, where the real important stuff lies.

The disintermediating, fragmenting and decentralizing impact of the internet has made the 21st century’s political and economic structure profoundly different from the previous one. But the Baby Boomers who run our governments and companies still tend to apply 20th-century assumptions about centralized money and power. They fail to see how our outdated political and economic institutions are out of touch with this new reality, and how that explains society’s ever-waning trust in them. It’s a myopia that also means they often fail to recognize, much less understand, the alternative decentralized models quietly emerging from the developers building cryptocurrency, blockchain and digital identity technologies.

So, as I head to Davos with my CoinDesk colleagues for a week of reporting and speaking engagements, I want to contemplate some of the issues “Davos Man” might be missing.

It’s worth remembering that the people for whom these issues most matter are not those cocktail-sipping elites, but regular Joes and Joans. This year may well mark the most divisive U.S. election in decades. If our bickering leaders aren’t focused on these big themes, where does that leave us in four years’ time? We need these issues on the ballot.

China is expected to launch a digital currency sometime this year. The question not being asked enough is: As this project grows – and likely many others from other countries and companies – what will it mean for all the dollar-centric global economy and its multitudinous stakeholders?

How will digital fiat currencies impact global trade and capital flows? Do they pose a competitive threat to the dollar and, by extension, to U.S. economic power? What would such a transformation mean for how the international community tackles the big-ticket issues Davos elites worry about: petrodollar investments in carbon-rich assets, for example, or global trade tensions?

The digital yuan might seem like a superficial change, akin to a more advanced banknote or a state-run version of a mobile banking or payments app. But, while China’s centrally managed approach to digital-currency technology is in some respects the antithesis of the decentralized model behind bitcoin, it is nonetheless a radical change.

Two things matter: one, a digital fiat currency will circulate without banks managing the flow, and two, it is programmable, which makes it much more powerful than analog currency. Marc Andreessen says “software is eating the world.” Money-as-software might just devour it.

A digital currency will enable the Chinese government to directly manage and monitor its users’ spending patterns. Putting aside the terrifying surveillance prospects behind this “panopticon” vision, this information-gathering power will greatly aid China in its international aspirations. Its economic response machine will be run by a far superior data-analytics system than anything employed by any other country.

A “programmable” yuan will provide the missing payment component that hundreds of Chinese blockchain and smart-contract projects need. It will enable autonomous machines, micropayment infrastructure management systems, smart cities and other ideas the West will struggle to keep up with.

As I’ve argued elsewhere, currency programmability, when interoperable with other countries’ fiat digital currencies, could also enable Chinese companies and their foreign partners to do a direct runaround of the dollar-based trade system.

Currently the yuan occupies an immaterial amount of cross-border trade and reserve asset holdings. But as this technology poses alternatives to the dollar and if China aggressively inserts its version into investment projects in Africa, for example, or into its 65-country Belt and Road Initiative, its international usage could grow rapidly.

Recently, a Harvard-MIT simulation game found that digital fiat currencies could quash America’s capacity to impose sanctions on rogue states.  But the issue goes wider: if non-dollar digital fiat lets anyone bypass the intermediating U.S. banks that U.S. regulators lean on to catch international criminals, why will anyone use banks for cross-border money movements at all? Where does that leave Wall Street, that engine of American economic power?

Some people, including former U.S. Commodity Futures Trading Commission Chairman Chris Giancarlo, have recognized this threat to U.S. economic leadership. But Chinese digital currency dominance does not appear to be on many leaders’ radars – it’s certainly not featuring in the Democratic primary debates.

So, come on, Davos, let’s talk about it.

To be fair, privacy in the internet age, defined as the threat to our online personal data, will probably get a decent examination at Davos 2020.

The Cambridge Analytica story, Edward Snowden’s unveiling of the NSA’s citizen-snooping system and the growing awareness that Silicon Valley behemoths such as Google are managing our lives, has put this issue front and center. It deserves to be.

The problem is that the structural factors behind this dangerous surveillance capitalism system are poorly understood.

Most political reactions to the drumbeat of stories about data abuse by Facebook and Google amount to leaders tut-tutting at these companies, occasionally fining them and demanding that they just stop being bad. Few realize that, essentially, they can’t stop being bad. These centralized entities, with their closed, non-interoperable “walled gardens” of data, have built their entire business models – and therefore their shareholders’ profit expectations – on surreptitiously and systematically extracting information about human lives.

The other problem is that the ad-hoc efforts to change these businesses’ behavior clashes with other demands placed upon them.

Witness the contradiction in lawmakers’ critiques of the Facebook-founded Libra digital currency project. On the one hand, they demanded that it protect users’ privacy but on the other they demanded it maintain all the monitoring necessary to prevent money laundering. Or look at how Facebook’s critics simultaneously demand that its social media platform remove disturbing hate-speech content and that it also cease arbitrarily censoring and “de-platforming” users.  Without understanding the problem, people can’t see how holding both of these positions is untenable.

There are two approaches to this issue: a political one, such as an antitrust order to constrain the internet giants, or a technological one, in which social media platforms move to a decentralized structure of user control (one potentially where zero-knowledge proofs or other advanced forms of encryption enable verification without revealing identities).

You thought fake news was a problem. You ain’t seen nothing yet.

As Arif Khan writes in this pre-Davos opener for CoinDesk, fake news is going on steroids.

With people such as Jordan Peele using clever stunts to highlight the problem, “deepfakes” – in which image manipulation technology is making it increasingly difficult for people to detect reality-altering changes to a digital video or image – are starting to get people’s attention.

Yet the full extent of how much society depends on the glue of trustworthy information is greatly underappreciated. The foundation of our democracy, of our legal system, of our business relationships and of everything else in between is at stake when the truth cannot be verified.

How do we get ahead of this when artificial intelligence is progressing so rapidly and when information is no longer delivered to us through central filters?

A solution will require a combination of tools like AI detection software, watermarking and blockchain-based tracking of digital media provenance.

It also requires stakeholders at technology companies, media organizations and government bodies to jointly establish standards for those technologies, so we can all agree on how we’ll re-establish the integrity of the information we rely on.

This is an urgent problem, one tailor-made for a mountain-town gathering of money and power.