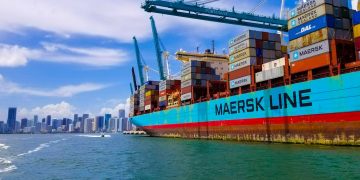 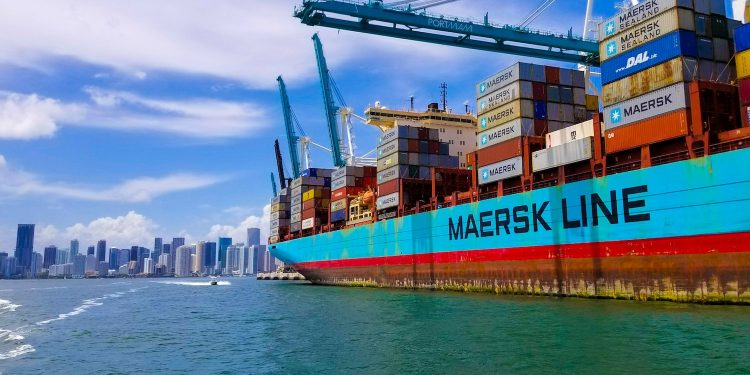 It’s hard enough to get enterprises that compete with each other to work together as a team, but it’s especially tricky when one of those rivals owns the team.

Shipping giant Maersk and tech provider IBM are wrestling with this problem with TradeLens, their distributed ledger technology (DLT) platform for supply chains.

Some 10 months ago, the project was spun off from Maersk (the largest container shipping company on the planet) into a joint venture with IBM. But in that time the network has enticed only one other carrier onto the platform: Pacific International Lines (PIL), one of eight shipping lines in Asia and 17th in the world based on cargo volumes.

As those involved admit, that’s not enough.

In a nutshell, the IBM-Maersk joint collaboration needs more carriers. The platform is designed such that Maersk’s rivals will act as “trust anchors” and run full blockchain nodes on the network. Moreover, large shippers of goods use multiple carriers and freight-forwarders, and the value proposition involves managing cargo and inventory across all of them.

Not to put too fine a point on it, onboarding other large carriers is an absolutely necessary condition for TradeLens – as Marvin Erdly, head of TradeLens at IBM Blockchain, acknowledged.

“I won’t mince words here – we do need to get the other carriers on the platform. Without that network, we don’t have a product. That is the reality of the situation.” he told CoinDesk.

The problem is that Maersk’s rival shipping carriers are concerned about joining the platform on a less than equal footing. Indeed, the chiefs of two rival shipping carriers, CMA CGM (third largest by ship fleets and containers) and Hapag-Lloyd (No. 5), have publicly dismissed the Maersk-IBM blockchain solution as unusable. (Neither company responded to calls for comment from CoinDesk.)

TradeLens has tried to address this problem by recasting the arrangement as a “joint collaboration” in a bid to appear more neutral than the originally billed joint venture. But in substance, Maersk and IBM each have full and equal rights to the intellectual property (IP).

Erdly said an industry advisory board is one of the governance solutions that will make a difference and that work is ongoing to promote equality on the platform. But he acknowledged the concerns of rival shipping firms, adding:

“Obviously the fact that Maersk is driving this is both a really good thing and a worrying thing because they are such a big player in the industry. As you can imagine that’s going to be a factor.”

To Lars Jensen, CEO of SeaIntelligence Consulting, a Copenhagen-based shipping analyst firm, the challenge for IBM and Maersk was apparent early on.

Jensen told CoinDesk he spoke to a group of large carriers about Maersk and IBM’s blockchain proposition at a shipping conference in April, three months after the venture was announced.

According to Jensen, “The other carriers basically said, ‘sure, maybe – tell us a bit about it. And by the way, if we do this then who owns the IP rights?’ Whereupon they were given the answer that the IP rights would be for Maersk and IBM.” He added:

“It’s not rocket science to guess what all Maersk’s competitors said about joining this initiative.”

To be sure, it’s still early days for TradeLens. IBM has made impressive leaps with its other big industry blockchain, the now-live Food Trust, kicked off a couple of years ago in conjunction with retailing behemoth Walmart.

And IBM and Maersk have signed scores of participants from other parts of the shipping supply chain to join the TradeLens platform. These include an array of global port and customs authorities, beneficial cargo owners, freight forwarding and logistics companies (the Port of Montreal and Canada Border and Services Agency are the latest additions).

“We have had positive engagement with companies across all sectors of our industry thus far, and we’re pleased to note that this constructive dialogue has resulted in more than 100 ecosystem participants actively involved or piloting the solution,” said Michael J. White, Maersk’s TradeLens leader.

An obvious question to Jensen (and others in the shipping ecosystem) is why didn’t Maersk choose to establish its blockchain under the auspices of INTTRA, the digital platform for booking shipping containers, which started out almost 20 years ago as a truly neutral venture, jointly and equally owned by the shipping carriers (including Maersk).

Inna Kuznetsova, the president and COO of INTTRA (which has 60 carriers transacting on its software-as-a-service, non-blockchain platform) believes the “jury is still out” regarding the potential of blockchain in the shipping industry, which, she pointed out, has to be pragmatic thanks to thin margins and limited IT resources.

“The shipping industry today is tired of the ‘big carrot in the end’ project,” said Kuznetsova. “Selecting IT projects requires a rather thin focus on return on investment and we have seen a high preference for projects which bring savings in six months to a year.”

White of Maersk said its work with IBM “has a fundamentally different focus and approach than INTTRA in terms of both the solution and technology. We have an ongoing dialogue with INTTRA.”

Another challenge for TradeLens is that it is not the only game in town.

Adriana Diener–Veinott, global lead for Accenture Freight & Logistics Services, said the proof of concept began with one stakeholder in each category: a shipper, a forwarder, a shipping line and a customs authority.

“Right from the beginning, everybody accepts their competitors will be joining and that they would have the same rights. This is how you make an industry platform successful,” she said.

Diener–Veinott said she was not at liberty to disclose who currently owns the IP of the mini-consortium. However, Accenture said it will be announcing additional carriers in the coming weeks as well as providing an update on its governance procedures.

A representative of Kuehne + Nagel echoed the points made by Accenture.

“One of the guiding principles is that ownership of the platform of the consortium will not be restricted to the founding parties,” said the spokesperson. “The governance model will ensure that additional partners will be able to join with equal rights and obligations.”

In all fairness, building big blockchain networks is an unprecedented business and IBM is exploring different approaches to the problem. Jerry Cuomo, Big Blue’s vice president for blockchain technologies, says there are two ways you can go, in his experience: Either start out small and centralized with just a few trust anchors, or choose a more decentralized approach that involves wrangling together a large consortium and is going to take longer to get off the ground.

“We are not sure that one is right and the other wrong,” Cuomo told CoinDesk. “If you start off small and centralized, the challenge will be getting the next big trust anchors on board. On the other hand, with the decentralized approach, you can have multiple competitors and their lawyers all asking questions and it’s going to take some time. You’ve got to pick your poison,” he said.

But if it came down to it, would TradeLens ever opt to share the IP equally among other network members in order to ensure the success of the platform?

IBM’s Erdly said he was not in a position to speculate on what might or might not happen down the line, but he echoed his colleague Cuomo’s point about the need to just get out there and innovate, concluding:

“We could have spent years and years working on some industry consortium model. Or we could get started and push this thing forward.”