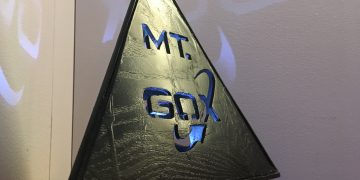 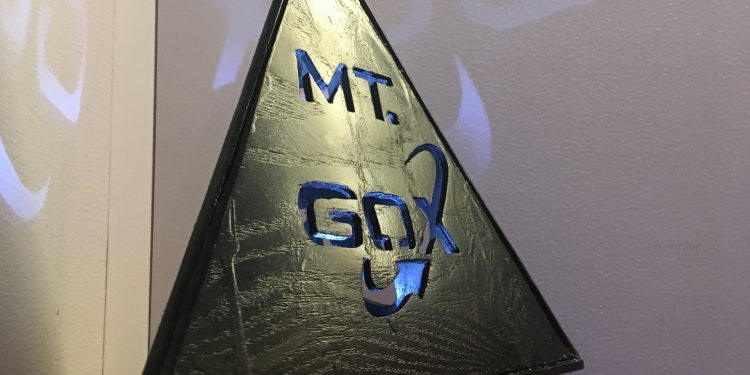 Brock Pierce wants Mt. Gox creditors to receive 100 percent of whatever they’re owed – or so he says, anyway.

Weeks after announcing Gox Rising – his ambitious effort to unite the long-defunct exchange’s creditors, submit a civil rehabilitation plan and relaunch the Mt Gox exchange itself – Pierce, a prominent crypto-entrepreneur, is walking back just how concrete these plans are.

He’s also fought with former Mt Gox CEO and majority shareholder Mark Karpelès on Twitter about the feasibility of his plan and whether it’s even legal.

Gox Rising was launched as an alternative to Mt Gox bankruptcy trustee Nobuaki Kobayashi’s civil rehabilitation effort. Billed as a way to ensure creditors receive as much of their money as possible, the organization has published a proposed plan on its website, alongside a list of goals.

Two points, in particular, stand out: under the Gox Rising plan, no further bitcoins from Mt Gox’s estate would be sold, and “equity [holders] will make no claim on any of the cash held by the trustee,” according to the proposal (more on both later).

Gox Rising comes after years of bankruptcy proceedings for the Mt Gox exchange, which collapsed in 2014 after the theft or disappearance of nearly a million bitcoins (though some 200,000 were later recovered).

Before its fall, Mt Gox was the world’s first – and at one point, its largest – bitcoin exchange, conducting some 70 percent of all crypto transactions at its peak. When it first announced the loss of customer funds, the price of bitcoin tanked from $850 to $681, a nearly 20 percent drop at the time.

The exchange’s shutdown did not help what was turning into a bear market, which saw bitcoin’s price fall well below $400 over the next year, not beginning to recover until 2015.

Following Mt Gox’s collapse, Japanese prosecutors indicted Karpelès in 2017 on charges of fabricating information about the exchange and embezzling $3 million in customer funds to his own account at the end of 2013. He has pleaded not guilty to the charges, with a verdict expected sometime next month. If convicted, he could face as much as a decade in prison.

Last year, the exchange shifted to civil rehabilitation proceedings rather than outright bankruptcy, meaning creditors will receive bitcoins distributed directly on a pro-rata basis, instead of a cash equivalent based on bitcoin’s price at the time of the collapse.

The crux of Gox Rising’s plan is to create a central store of information for Mt Gox creditors, ensuring that they receive accurate information about its civil rehabilitation as proceedings progress, said Pierce.

“Gox Rising is an initiative or movement to ensure creditors get what we believe is rightfully theirs. It’s an organization that’s selecting all of the information related to Mt Gox’s bankruptcy proceedings, aggregate that information so people know what’s going on,” he explained in an interview.

He told CoinDesk that the plan begins with an effort to acquire the Mt Gox brand. Gox Rising has yet to submit any bids to do so, but Pierce claims his organization has been working with the Japanese bankruptcy court overseeing the exchange.

After that, Pierce has a three-part plan. The first part is to take stock of how much remains in terms of fiat and bitcoin holdings and share that information with creditors, as well as distribute funds as quickly as possible. Part two involves relaunching the exchange itself, giving creditors some level of ownership.

It’s the final part that is by far the most ambitious: an effort to try and recover somewhere between 650,000 and 850,000 BTC that remain missing.

“The question is can any of those coins be recovered. Maybe? We certainly have better tools today than we previously had to track down those coins,” Pierce said, though he did not go into detail when asked if his team has had any success in tracking the missing bitcoin thus far.

However, questions remain over who actually owns the Mt Gox platform and its assets.

As of the beginning of 2014, the exchange’s two shareholders were Karpelès, who owned 88 percent of the company, and Jed McCaleb (who would go on to co-found Ripple and then Stellar), who held the remaining 12 percent. Pierce claims he bought them both out, but Karpelès insists neither purchase was legally finalized.

In the case of McCaleb’s shares, Karpeles argues the sale required approval from Japan’s bankruptcy courts. Pierce denies this.

“Jed McCaleb is of the opinion that we own the 12 percent, that is his current position as of this week. That has not changed over the past five years, there is no dispute,” Pierce said, adding:

“The sale was done prior to the courts so the courts may just have bad info. If Jed McCaleb is saying ‘yes, I haven’t owned these shares in five years and yes, I sold them to Brock,’ the courts can say whatever they want. We just haven’t bothered to go file anything.”

McCaleb did not respond to a request for comment from CoinDesk by press time.

While Karpelès did sign a letter of intent outlining terms for a possible sale of his Mt Gox shares to Pierce, he later sent a second letter rescinding the first, citing the fact that the Tokyo District Court did not approve any sale. Pierce did not sign the second letter.

Still, on Twitter earlier this week, Pierce said Karpelès “knows” he sold his 88 percent of Mt Gox to Pierce (Karpelès disputed this assessment).

However, Pierce was less certain when speaking to CoinDesk, explaining that while his U.S. counsel was confident that Pierce owned Karpelès’ shares in the exchange, he was waiting for his Japanese counsel to confirm.

For his part, Karpelès told CoinDesk via email that “the trustee confirmed to me [Mt Gox’s ownership] hasn’t changed and [is] still the same,” meaning Tibanne, Karpelès’ company, owns 88 percent of Mt Gox shares and Jed McCaleb owns the other 12 percent.

Kobayashi did not respond to a request for comment by press time.

Despite his insistence that he is the sole owner of Mt Gox, Pierce emphasized repeatedly that “we don’t care who owns the equity of Mt Gox,” but only “that the creditors get 100 percent” of their funds back.

Part of the fight stems from a potential surplus of funds which may benefit shareholders. This surplus was created by selling bitcoins at their market value during the 2017 bull run, well above what they were worth when Gox was still in business. (The trustee ceased these sales after Gox entered civil rehabilitation.)

As a result, Pierce told CoinDesk, Karpelès might receive $700 million through the Tibanne bankruptcy, as it’s the bankruptcy trustee’s job to “get that money.” He’s repeated this claim online as well.

“We want to make sure Mark Karpelès doesn’t get any of it,” he added.

Karpelès, on the other hand, said he does not anticipate getting any funds paid through the Tibanne bankruptcy.

“Expecting money from a bankruptcy as a shareholder is typically nonsense, and the possibility only appeared because of the very unique circumstances the Mt Gox bankruptcy was in,” he said. Given that Mt Gox is now in civil rehabilitation, rather than pursuing bankruptcy proceedings, “there is definitely no chance” of shareholders receiving any funds.

Pierce did acknowledge that the change in status might affect whether Karpelès receives any funds, saying that “the bankruptcy trustee publicly stated that the owner of Mt Gox would be entitled to whatever the surplus was … now that it’s in civil rehabilitation, that may not be the case.”

He further added, however, that Karpelès is the “only person who cares about who owns” Mt Gox, saying:

“From our perspective it’s irrelevant … Karpelès is the one bringing it up and he cares a great deal because you know, he might be going to prison for 10 years, his sentencing is in March, and I imagine he’d be much more comfortable in prison with $700 million to his name than nothing.”

Still, if Pierce is granted control of the Mt Gox brand and domain, he hopes to relaunch the platform with creditors’ buy-in.

In the interview with CoinDesk, Pierce outlined how creditors would sign up and share in profits from the exchange.

“It would start out as a contract and it would most likely end up as a security token,” he said, noting his previous work with the asset type. “I started the first-ever security token at [Blockchain Capital] and I used to run a top 10 syndicate on AngelList … I know quite a bit about security tokens.”

He likened the prospective token to one issued by Bitfinex after that exchange was hacked in 2016. At the time, Bitfinex issued customers debt tokens representing their losses, which it bought back over the next year.

Further down the line, the token’s structure may change (to something more similar to Binance’s BNB token), though details are still to be determined, Pierce said. Despite his plans, however, he said he does not know when he might file a bid, though he hopes to have a clearer timeline in the coming days.

The delay stems from the fact that he has counsel in the U.S. and Japan trying to coordinate, he said. The vastly different time zones are effectively slowing down proceedings, though Pierce hopes to file his bid for the Mt Gox domain “soon.”

As for the ongoing civil rehabilitation efforts, “hopefully [the current plan under the bankruptcy trustee] will cover all the things that matter,” he said, adding:

“So unless we have a reason to believe that plan is not going to provide creditors with with they should have, there’s no reason for us to file a CR plan. The only reason is if there’s a problem with the CR plan.”

Karpelès was less confident about Pierce’s motivations, saying he “doubt[s]” that Pierce does not also see a benefit for himself.

In particular, Pierce’s belief that there is “some sort of surplus payout” for shareholders makes Karpelès think that Pierce is keeping something behind, and “that it’s probably not going to be good for creditors.”

“Creditors have done an extraordinary job of putting Mt Gox in civil rehabilitation and are still fighting for their rights by proposing changes to the trustee’s rehabilitation plan, and I do not believe they need someone to step in now and claim all the credit while trying to profit from the situation,” he said.