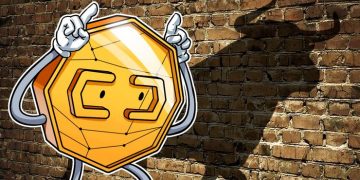 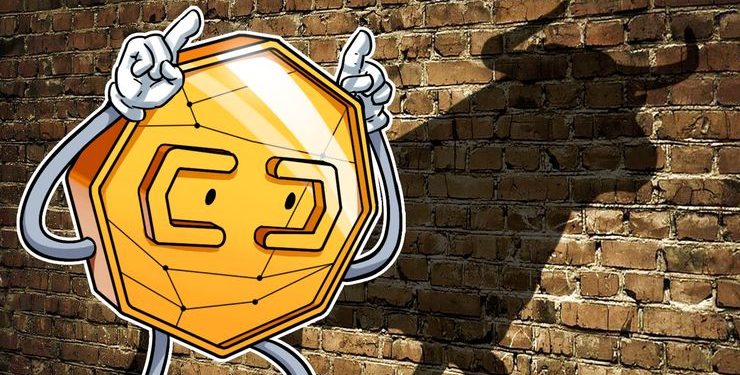 Monday, Feb. 18: Crypto markets are seeing a bullish surge of green, with all of the top twenty cryptocurrencies seeing growth of between 2 and 12 percent, as data from Coin360 shows.

Top cryptocurrency Bitcoin (BTC) has seen a solid 2.9 percent in growth on the day and is trading around $3,742 to press time, according to CoinMarketCap data, bringing Bitcoin to a 2.38 percent gain on the week. 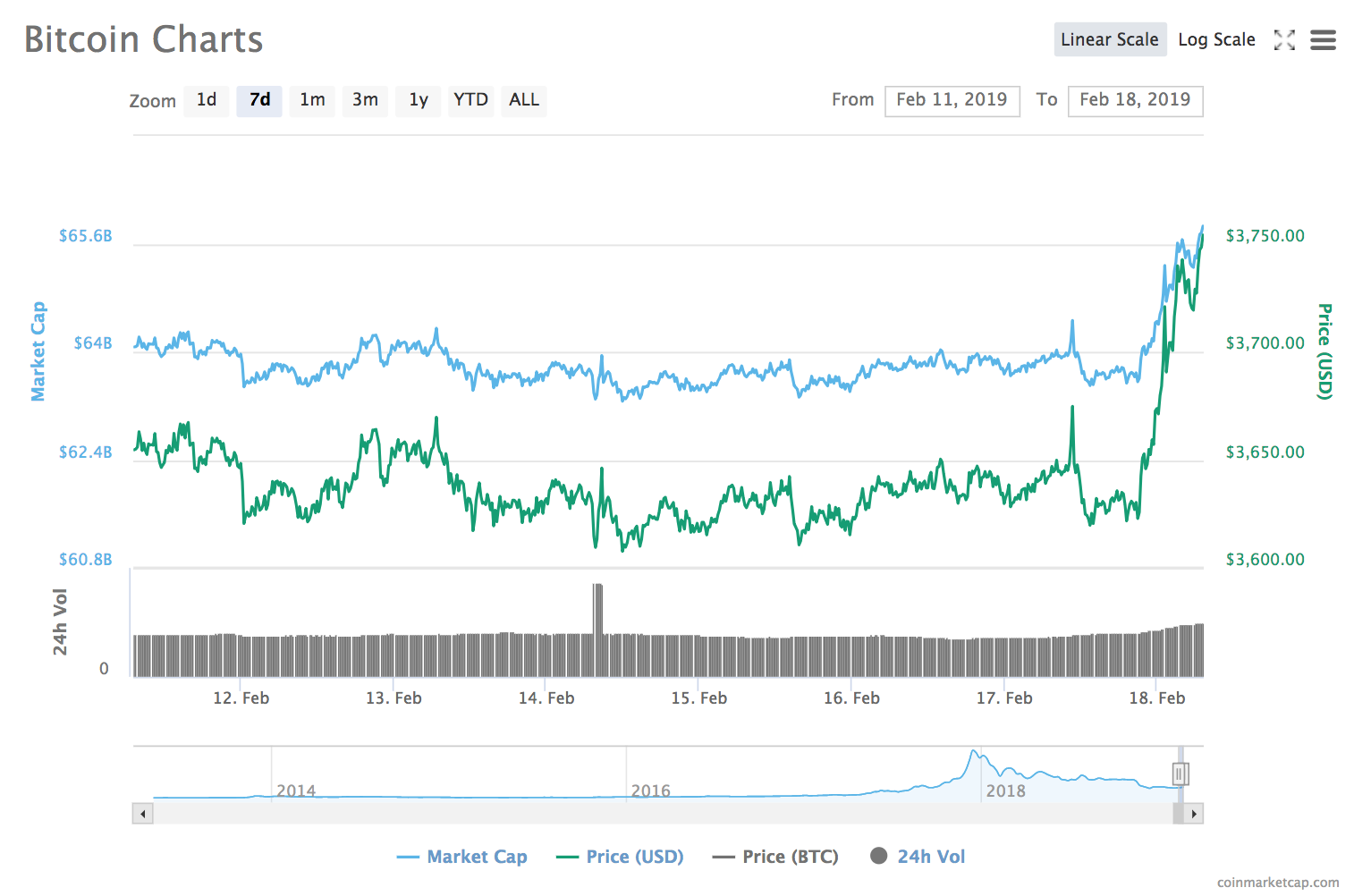 Ethereum (ETH) has seen the strongest 24-hour growth among the top 50 coins by market cap, rising close to 11 percent on the day to trade at roughly $137.65 to press time. The leading altcoin has seen consistent growth over its 7-day chart, which markedly accelerated this weekend, bringing its weekly gains to just over 13 percent.

As of Feb. 17, the asset’s strong performance in recent days has brought its price point to above that of Bitcoin Cash (BCH). 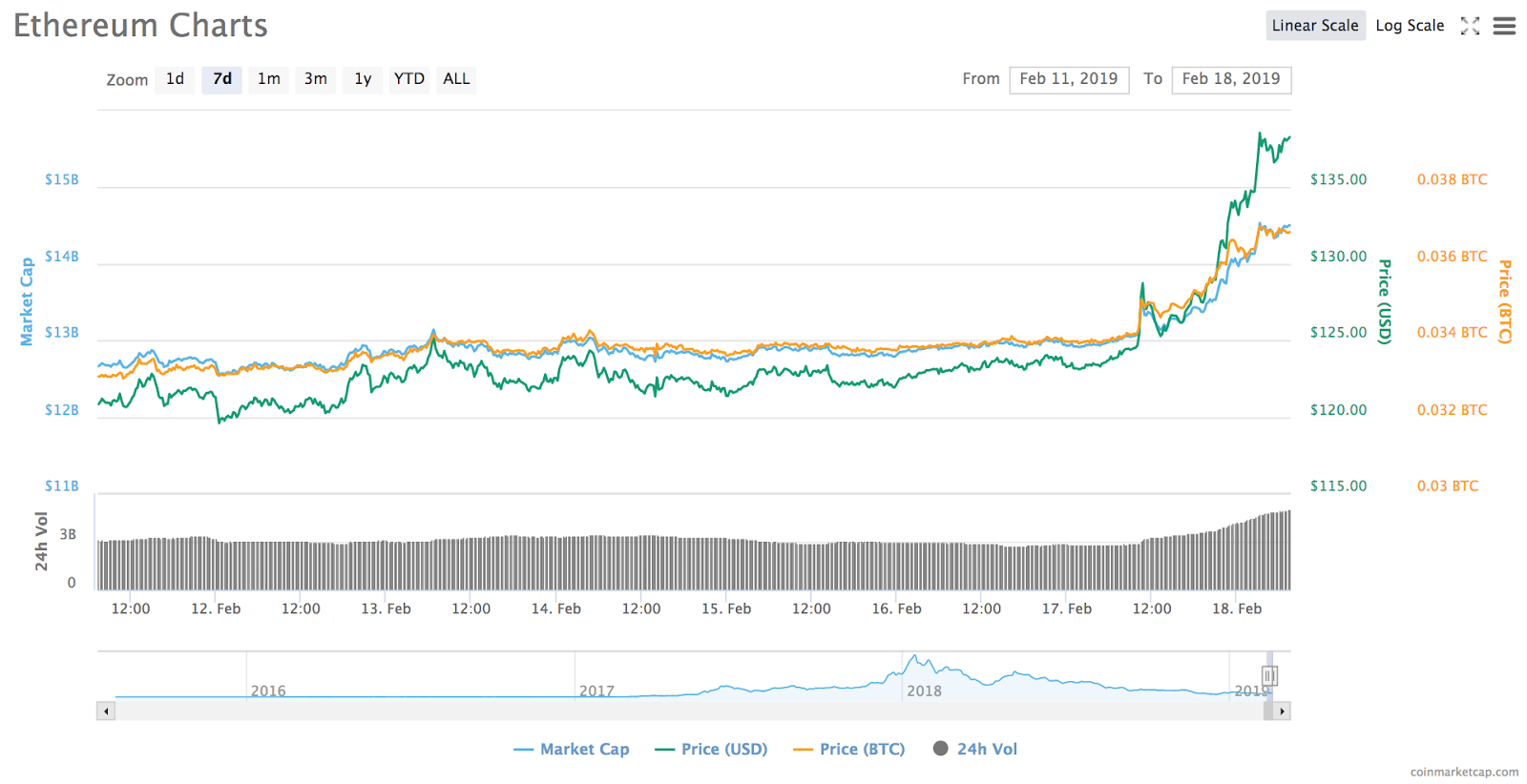 Ripple (XRP) is seeing milder growth on the day and is trading around $0.309 at press time. Up around 2.6 percent over the past 24 hours, the asset is up a mild 1.7 percent on the week. On the month, the asset has reported a loss of around 5.5 percent. 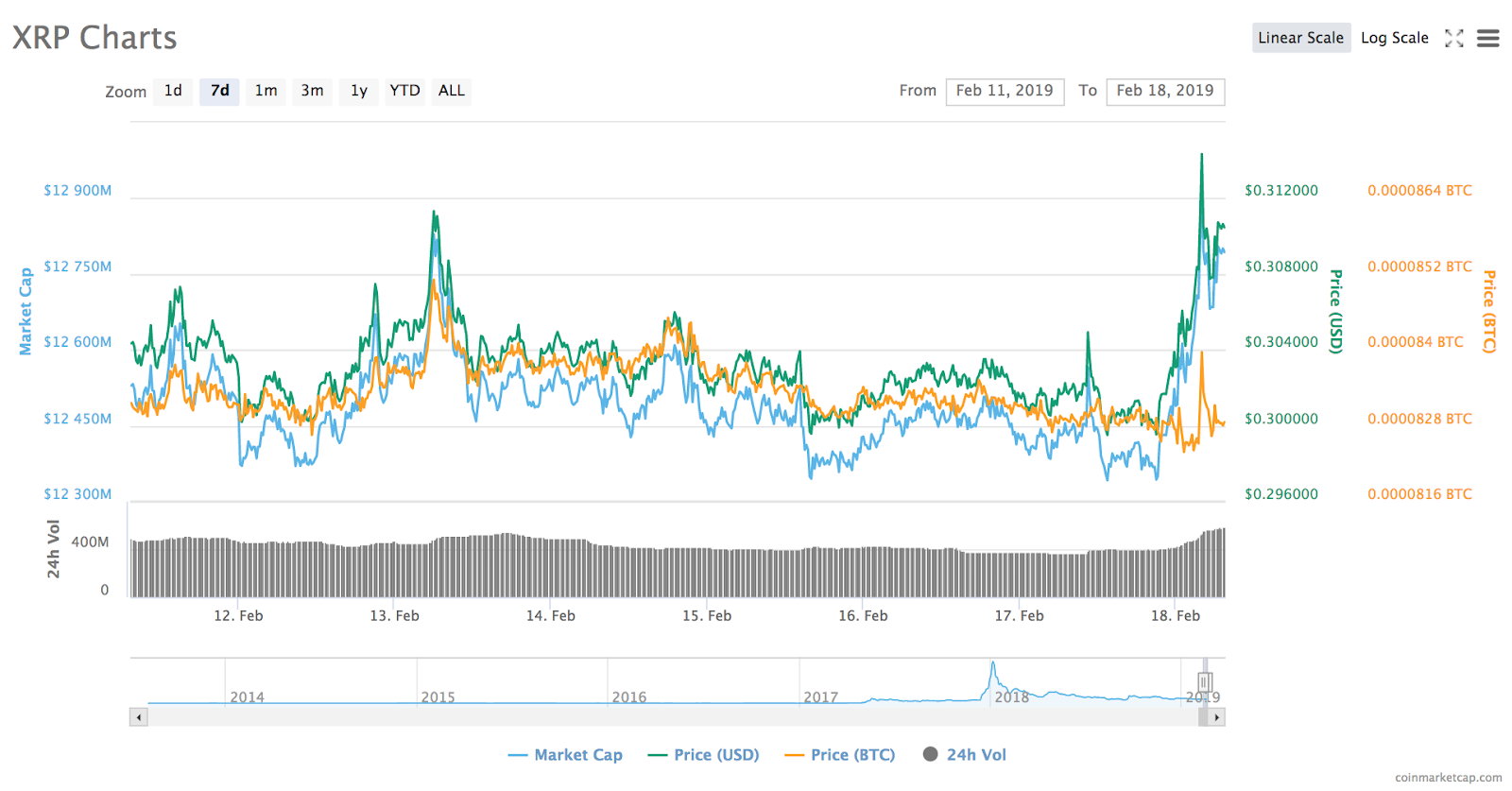 The total market capitalization of all cryptocurrencies is around $125.9 billion as of press time, up a strong 3.7 percent on the week. 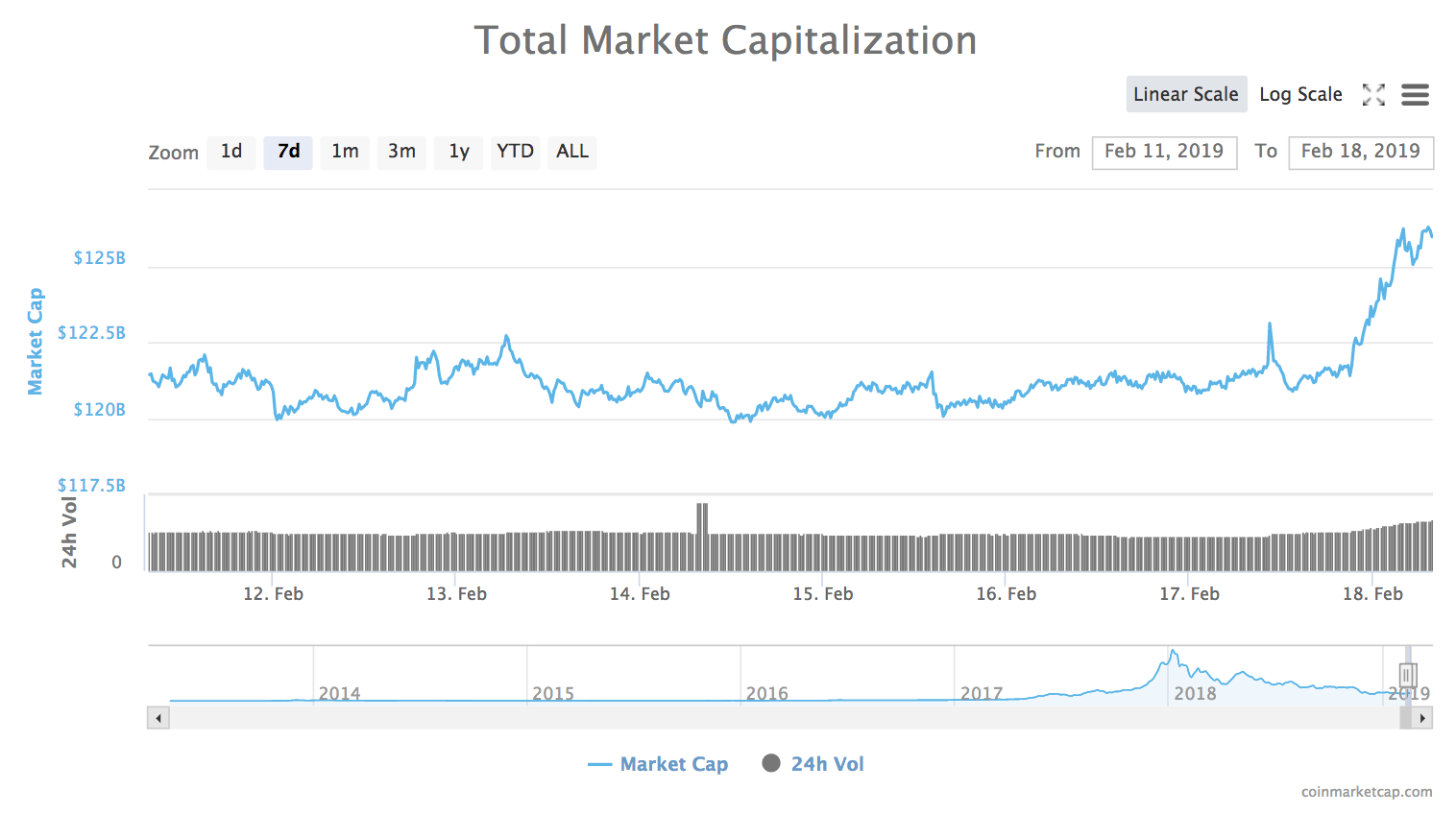 In an interview with Cointelegraph this week, prominent CNBC commentator Brian Kelly argued that Bitcoin is currently around 50 percent undervalued, and that the asset is likely near a bottom. While holding back on optimism in regard to the approval of a Bitcoin exchange-traded fund, Kelly predicted that 2019 would be better for the crypto markets overall, conceding however that 2018 had set “a pretty low bar.”

In adoption news, it appears that the forthcoming update of the Rakuten Pay mobile app from major Japanese e-commerce firm Rakuten will support cryptocurrency payments in addition to fiat.

Major Asian stock markets are meanwhile seeing a strong performance in the context of ongoing United States-China trade talks, which are set to continue in Washington this week. For mainland China, the Shanghai composite is up 2.68 percent, with the Shenzhen composite is up 3.7 percent. Hong Kong’s Hang Seng index is meanwhile up 1.54 percent, with Japan’s Nikkei 225 index up 1.8 percent.