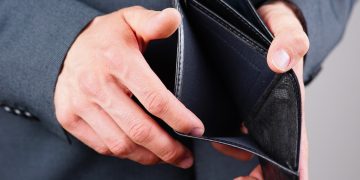 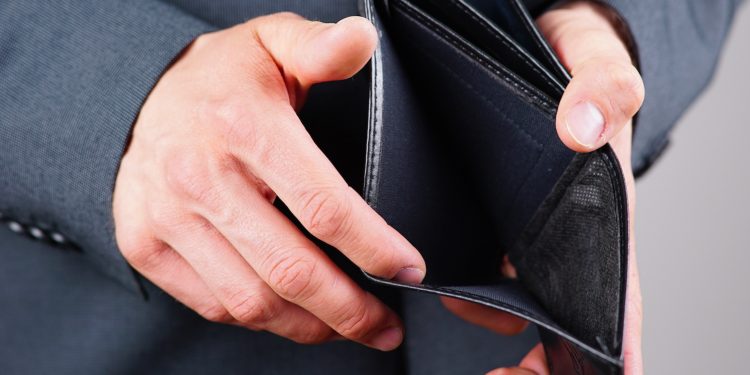 And aside from $400,000 worth of bitcoin that was accidentally sent to the cold wallets in early February, they are empty, meaning $100 million of the cryptocurrency is still missing.

EY released its third report on Quadriga late Friday, outlining the progress it has made since first being appointed monitor at the beginning of February. While certain details in the report were already public, such as EY’s progress getting third-party payment processors to transfer fiat holdings back to Quadriga, until now the audit firm had steadfastly refused to provide much information about its search for the exchange’s missing cryptocurrencies.

To recap, Quadriga announced at the end of January that it owed its customers nearly $200 million in both cryptocurrencies and fiat, with crypto making up the bulk at around $137 million. These cryptocurrencies were inaccessible, the company said, as deceased founder and CEO Gerald Cotten reportedly kept the bulk of the exchange’s holdings in cold storage, and only he controlled the private keys to its accounts.

Before Friday, neither Quadriga nor EY released the cold wallet addresses, prompting speculation that perhaps they do not exist.

Now, for the first time, EY has officially identified six bitcoin cold wallet addresses that it says Quadriga used. Five were previously identified by independent researchers after the exchange automatically transferred 103 BTC in what was termed a “platform error.” On Friday afternoon, the total balance of these five wallets was 104 bitcoin, or about $400,000.

The sixth address EY released contains no bitcoin holdings, though 31 BTC ($118,000) were transferred out from the wallet on Dec. 3, just days before Cotten’s death.

That means 26,350 bitcoin (worth about $100 million) owed to customers was not in these cold wallets. According to the report:

“The Monitor has made inquiries of the Applicants as to the reason for the lack of cryptocurrency reserves in the Identified Bitcoin Cold Wallets since April 2018. To date, the Applicants have been unable to identify a reason why Quadriga may have stopped using the Identified Bitcoin Cold Wallets for deposits in April 2018, however, the Monitor and Management will continue to review the Quadriga database to obtain further information.”

EY did not indicate if there might be other bitcoin cold storage wallets aside from the six published Friday. Nor did it identify the cold wallets holding ether, litecoin, bitcoin gold or any of the other coins the exchange listed.

Cold wallets aside, some $21,000 CAD ($16,000 USD) have been deposited in the form of various cryptocurrencies to Quadriga’s hot, or, online, wallets since its initial filing on Jan. 31. EY is working with Quadriga to determine who has been depositing funds to the exchange’s hot wallets, and a recommendation as to what to do about the situation will be presented later.

QuadrigaCX may have held accounts on at least 14 different crypto exchanges, the report said.

EY has reached out to these exchanges, and to date, four have responded. At least some of these exchanges confirmed that Cotten or Quadriga held accounts, and one has transferred a “minimal” amount of cryptocurrency to EY.

The report did not specify which exchanges these were.

Some of the cryptocurrencies previously held at the identified bitcoin cold wallets were provably sent to exchanges, EY said. While “it is not possible to ascertain with absolute certainty from public information who the owner of an address is,” existing tools can confirm that certain exchanges own specific addresses.

That being said, EY added that “its investigation into the exchange accounts is at a preliminary stage,” adding:

“At this point, the Monitor has not been able to determine the source of the deposits into any of the exchange accounts or where the cryptocurrency was transferred to. Efforts are underway to attempt to preserve and recover any Quadriga cryptocurrency, if any, located at other exchanges.”

Cotten appears to have set up an account with Amazon Web Services to store Quadriga data on, as did Jose Reyes, the owner and operator of two of the payment processors Quadriga used. According to the report, AWS told EY that it could not provide any further information as Cotten used a personal account for the platform.

As such, EY is asking for a court order to compel AWS to provide access to both it and Quadriga.

In particular, the monitor is looking for accounting records or some sort of ledger which can verify the accounts and balances that Quadriga controlled. So far, the company has gained access to some user account balances and transaction information.

“The Monitor believes it is imperative that a copy of the Quadriga Platform Data is backed up and secured with the Monitor as soon as possible. The Platform Data will assist the Monitor’s ongoing investigation into Quadriga’s business, affairs and potential assets that may be recoverable for the benefit of the Applicants’ stakeholders,” the report said.

EY will support Quadriga’s push to appoint a chief restructuring officer, which Jennifer Robertson – Cotten’s widow and the executor of his estate – requested in a previous court filing. Robertson said she does not have the necessary experience to assist EY with its crypto investigations and that she has been disparaged in “online commentary.”

Further, EY also agrees that extending the stay of proceedings implemented to protect Quadriga from investor lawsuits by 45 or 60 days “is appropriate.”

On the other hand, Miller Thomson and Cox & Palmer, the two Canadian law firms appointed as representative counsel to represent the exchange’s creditors, are requesting that only a 30-day extension be granted, as well as the right to amend or vary the initial order.

EY believes that granting one of the requests would be proper.

Miller Thomson separately issued a notice to affected users which included a call for applicants to serve on the committee of affected users “which will provide information to and instruct representative counsel” during the proceedings.

Creditors who do not wish to be represented by the two law firms must opt out by April 29 by filing a separate form.