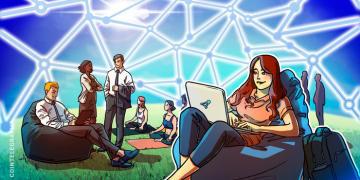 Blockchain Disruption of the Insurance Sector

Blockchain Disruption of the Insurance Sector 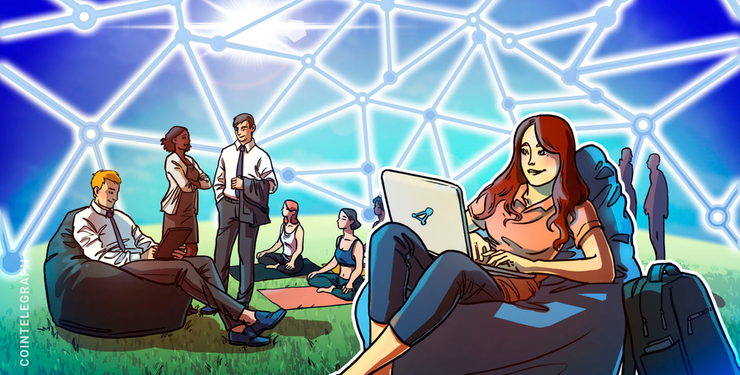 The business of insurance is enormously complex: The process of evaluating and managing a variety of risks that individuals and organizations face every day inevitably involves coordination of the multiple parties’ efforts and reconciliation of extensive records. Both aspects make the insurance sector an appealing ground for blockchain-based optimization — and indeed, distributed ledger technology is a prominent feature of a rising tide of technological innovations, collectively known as insuretech, that seek to bring new efficiencies into the industry.

As Cointelegraph previously reported, research firm MarketsandMarkets in 2018 projected that the value of blockchain components in the insurance market will see a compound annual growth rate of 84.9%, reaching $1.4 billion by the end of 2023. A 2019 insuretech-specific report by KPMG noted that blockchain was not a “buzzword” or “future innovation” for the insurance space but that it is already operational in flight delay and lost baggage claims systems and is expected to improve other risk domains such as shipping and, somewhat more remotely, health care.

A 2018 World Insuretech Report put together by a consulting firm Capgemini and fintech industry association Efma named blockchain one of the technologies set to disrupt the insurance business, alongside artificial intelligence (AI), drones, wearables and robotic process automation. The document cited enhanced information exchange, increased trust and efficiency of smart contracts as major improvements that the technology offers.

Hartford’s Insuretech Trends report observed that insurance companies already utilize blockchain technology to “streamline processes, provide transparency, and enhance security,” as well as for data management and protection, reducing administrative costs and boosting consumer trust and loyalty. All in all, there seems to be a host of actual and potential improvements associated with blockchain implementation in the insurance industry. Here is a more detailed look at some of the major areas of optimization.

Verifying the authenticity of claims is a huge part of an insurance company’s workflow. Legacy systems that rely on standalone databases and paper records are slow and expensive: Manual approval of a claim may drag for days and even weeks, and the process still leaves room for error or abuse. Making these procedures fully automated — through a combination of a tamper-proof ledger and self-executing smart contracts — could dramatically lower insurers’ operational costs, resulting in lower premiums for their customers.

One example of such optimization, reported by Cointelegraph in late May 2019, is a pilot blockchain-based platform that the United States insurance powerhouse State Farm is jointly testing with the United Services Automobile Association (USAA), a military-affiliated financial services group. The solution is designed to speed up the auto claims subrogation — the last stage of a claim’s processing when the insurer retrieves the costs it had paid to its wronged customer from the at-fault party’s insurer.

Another successful optimization case is openIDL, an IBM blockchain-based network maintained by the American Association of Insurance Services (AAIS). Because insurance companies are subject to tight regulatory oversight, the paperwork related to compliance eats up a good share of companies’ resources. OpenIDL helps automate regulatory reporting, making things easier for both insurers and authorities.

Insurance fraud, facilitated by the lack of interoperability between the industry participants’ databases and general complexity of paperwork that accompanies claim settlement, is very common in developed countries. In the U.S. alone, estimates of aggregate losses from this type of offence is estimated at anywhere between $40 billion and $80 billion every year. While it is insurance companies that sustain direct losses, the burden ultimately gets equally shared between all the households that use their services, in the form of increased premiums.

According to the analysts from CB Insights, the fundamental improvement that blockchain technology could bring to the area of combating fraud lies in the potential consolidation of insurers’ databases. When all claims are stored on a distributed ledger, wrongdoers are left with a very slim chance to, for example, file multiple claims on a single insured event with different companies. A unified transparent database of claims would also enable interested parties to track claimants’ suspicious behavior and identify patterns that might suggest abuse.

While the vision of a universal distributed database accessible to everyone in the industry remains a somewhat distant one, standalone blockchain verification systems are already getting rolling. One example is the global insurance broker Marsh, which is reportedly poised to unveil its Hyperledger-based proof of insurance platform. Recently, fintech startup BlockClaim has procured 500,000 British pounds ($627,000) of venture capital toward its blockchain/AI solution designed to automate the processing of insurance claims. The firm reports faster settlements, reduced claim costs and successful implementation of AI-based features for fraud detection.

One particular domain in which the arrival of operational blockchain solutions will change the game entirely is health care insurance. Right now, efficiently managing and coordinating patient data between doctors and medical institutions while preserving patients’ confidentiality is a major stumbling block for the sector. According to a CB Insights report, sparsity of data often leads to claim denials, costing medical care providers some $262 billion each year.

One of blockchain’s great promises is its potential to enable actors to exchange data securely while precisely customizing who is allowed access to which information. Once such a comprehensive distributed medical database is up and running, patients will be empowered to decide which parts of their medical history to share with a certain doctor or clinic. In turn, medical professionals and administrators will see a major efficiency boost from having instant access to their customers’ blockchain-verified health records.

Although creating a universal ledger of medical records is an enormous task that will require industry-wide cooperation, there are viable transitionary solutions capable of optimizing industry record-keeping in the short run. One of them is MedRec, an MIT Media Lab project. The Ethereum-based system is designed to store not the records themselves but hosts smart contract-enabled permissions that nodes on the network — i.e., patients or medical institutions — can configure to authorize other participants’ access to the database.

Health records also play a significant part in determining the premiums that holders of life insurance policies have to pay. Once all patients have their medical histories moved onto a secure medical database running on a blockchain, it will become possible for life insurers to calculate premiums and issue policies automatically.

According to Ignite Outsourcing, finding a beneficiary upon the insured’s death is sometimes problematic due to both family dynamics and flaws in record-keeping. The practical effect is that, currently, $7.4 billion of unclaimed life insurance money is sitting in carriers’ bank accounts. With smart contracts triggered automatically in the event of a policyholder’s death, this may become much less of an issue — given that the order of potential beneficiaries is spelled out clearly in the policy.

The authors of the report also note a little-known fact that nothing prevents the owners of life insurance policies from selling them to third parties. Whereas such deals are quite uncommon now, they could become more convenient when policies run on a blockchain. A startup called fidentiaX, branding itself as a marketplace for tradable insurance policies, seeks to expand this niche by offering a platform for buying and selling tokenized insurance contracts.

Title insurance is a $15 billion market that is projected to keep growing steadily over the next few years. This type of contract is different from most “traditional” insurance areas in that it protects not from future losses but against claims on something that had allegedly happened in the past — for example, a previous owner’s tax lien. A title policy will come into play if a challenge arises to the legality of the new owner’s or lender’s property right.

Insuring title rights requires the ability to verify that these rights are well-substantiated by the appropriate records. In this sense, the disruption that blockchain will bring to the title insurance business is just another facet of a more general disruption of the entire title record-keeping process. Storing titles on an immutable ledger will minimize the risks associated with loss or forgery of records, allowing legitimate property owners to easily prove the validity of their claims.

Insurers also need their risks hedged. If a major disaster occurs, a company may get flooded with claims that will drain its reserves too quickly and threaten its solvency. To guard against dire scenarios like this one, insurers purchase coverage from reinsurers or participate in consortium-style intra-industry agreements.

Currently, underwriting reinsurance and negotiating policy conditions is an inefficient and lengthy process. Insurance firms typically rely on several reinsurers at once, creating the need for multiparty data exchange — fertile soil for blockchain to step in and streamline the complex web of interactions.

In October 2016, five major European insurers teamed up to form the Blockchain Insurance Industry Initiative, or B3i. They have since been joined by an additional dozen of big industry players representing Europe, Asia and North America. The global consortium has since been at work developing and testing a shared smart contract system that provides reinsurance for natural disaster insurance. The system, whose working prototype was rolled out in 2017, is capable of automatically processing data from the affected parties and determining the size of payouts. The arrival of the fully operational system is expected in 2019.

Peer-to-peer (P2P) insurance is a model that predates blockchain, although it is remarkably consonant with the ideology of decentralization that permeates the crypto space. The idea is that, instead of relying on a central insurer and an underwriter, a group of individuals pool their resources together to create a safety net for whoever from their ranks incurs a loss as a result of an unforeseen event. Participating in such an arrangement, usually comprised of the people whom one knows personally, is generally more affordable than purchasing a corporate-sourced policy — and arguably offers a more pleasant experience.

However, for all the transparency and convenience of such friend pools, they can only scale up to a certain point before the need for professional, centralized management arises. Here enters  blockchain to save the day. The whole P2P transactional structure of these “horizontal” risk pools closely resembles a decentralized autonomous organization (DAO). As PwC analysts have it, DAOs are known for their “capacity to manage complex rules among a significant number of stakeholders,” which is a perfect recipe for projecting the peer-to-peer insurance model to a new level of efficiency and scalability.

With all the potential efficiencies blockchain is set to bring to the table, many of the most impressive insurance-related use cases are still aspirational. The bulk of the technology’s disruptive promise resides in the domain of coordination enhancement. In order to fully capitalize on this potential, the industry will have to rally behind the idea of aligning standards of information exchange, shared data pools and broad cooperation. Initiatives like B3i will have to encompass the majority of industry stakeholders, which is a gargantuan task, given the sector’s size and inertia.

Regulation also remains a potential impediment for blockchain’s explosive expansion. Insurance companies are subject to heightened regulatory scrutiny and so is distributed ledger technology. Bringing both together will require cutting through a lot of red tape, as well as the creation of new rules to guide the symbiosis.