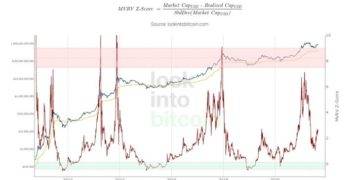 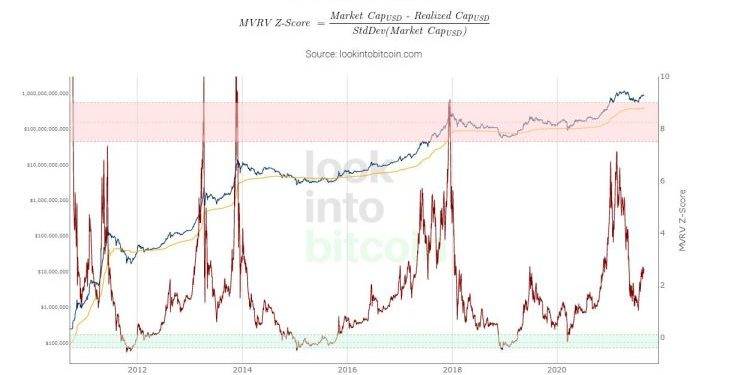 Charlie, the founder of Litecoin, was Bobby Lee’s brother. Bobby blames his brother for the Bitcoin price crash in 2017 and 2018.

It’s well known that Charlie sold the last of his Litecoin holdings for $350 each in December of 2017.

As soon as the news broke, Bobby saw it on Twitter.
“Gosh, I thought that might be the peak,” he says.

“I said to him jokingly, like ‘you just caused the end of the bull market’.”

There were three tranches of LTC that Charlie sold. He sold the last one at the top of the market, which made it look like he did a great job.
It wasn’t a coincidence, either. Charlie had said in early December that a “multi-year bear market” with 90% drawdowns was coming soon.

The question is whether other crypto traders and investors can follow Charlie’s example and sell their coins at the next market high, so they can buy back in and buy more at the bottom.

Most people will follow the example of podcaster Peter McCormack, who famously got caught up in the hype of 2017 and saw his Bitcoin portfolio soar to $1.2 million. It’s hard to do, and most people are more likely to follow his example.
Afterward, he had to sell his coins to pay the bills in the depths of the crypto winter.

On-chain analyst Willy Woo, David Puell of Puell Multiple fame, Filbfilb and Philip Swift, and others have been working on this problem for a long time.
About 2018: They began to come up with metrics and indicators based on how things have worked before so that they can figure out when the peaks and valleys are going to happen again.

Is it possible to time the market?
Bobby Lee is a big fan of the halving price cycles, but Mati Greenspan and Scott Melker think it’s better to follow sensible rules about taking profits and building portfolios that don’t require you to predict what will happen before you do it.

When I was writing this story, I saw how unpredictable the markets can be. I started writing in April, but had to put it on hold for four months because of news from China and Elon Musk’s Twitter account.

All of the people who were interviewed said that you should try to make money as you go up.
A few hours before the big crash in May, I was able to listen to what they said.

Every crypto bull run I’ve seen has been followed by a bear cycle. The market needs time to consolidate. That’s just my experience from 7 years of watching this space.

How low and how long it will be is TBD. People need to be aware of this possibility and invest responsibly. https://t.co/ozcR11N68o

A lot of people think that Bitcoin moves in predictable cycles that are linked to The Halving. Bitcoin has not been around long enough to draw any firm conclusions from the historical record.

The block reward Bitcoin miners get is cut in half almost every fourth year, which means less new Bitcoin is made.
During each halving so far, the price has hit new all-time lows in the lead up to the halving and then hit new all-time highs afterward.

As a person who has been a fan of the idea for almost 10 years, Lee told people about it at Stanford University in December 2013.

Lee, the author of the new book, “The Promise of Bitcoin,” says that he is a simple person.
If I had to guess, I’d say that based on my gut instinct and 10 years of experience with this, I think these price cycles look like the block reward halving.
When Bitcoin’s production rate drops by half, it’s a real economic tool.

“In each case, the price movement upwards happens on a delayed basis compared to the block reward halving.”

As long as the theory is correct, it only takes into account supply and not demand, which means it can’t help you figure out when the market is going to peak.
a year before and a year after: The first half saw the price fall a year before and rise a year after.
Second and third halvings saw the price fall and rise more than 500 days after the halvings.

It only went up three times in April. Lee thinks this cycle still has a long way to go, so he doesn’t think it’s over yet.

Do one of two things with this:
Before or right at the peak prices, you can try to sell.
Or you can just wait for prices to go up even more in four years, and then you’ll be glad you did.

The second option is a lot more simple.
It’s hard to tell when the market is at its highest point because most people are euphoric about their huge portfolio gains.
Lee thinks the best sign that the top has come is when prices start to rise quickly.

Scott Melker, better known as The Wolf of All Streets, agrees.
In 2016, he started investing in Bitcoin, and he was there for the rise and fall of the market in 2017 and after that.

I don’t think there were many people who thought that the music was going to end soon, to be honest.

Consumers thought the price of Bitcoin was going to go up to $100,000, so they bought a lot of Bitcoin.
And, of course, it had to stop at around $20,000.
I think most people didn’t make any money and rode the whole market down through the crypto winter.

Analysts were inspired to come up with tools that could help them predict when the next crash would happen, says Filbfilb, a co-founder of Decentrader.
They looked at the blockchain and market data from the last 12 years to figure out how profits, participants, supply, and the market’s ups and downs were linked. They also looked at how the market changed.

“There are some really smart people who came up with some great on-chain derivative tools that let us try to figure out how different market participants might be behaving,” he says.

“David Puell, for example, Phil Swift, Murad Mahmudov… we sort of came up with all this stuff in the depths of the bear market to make sure that we’d be able to call the next top.”

For some reason, Filbfilb thinks that crypto markets are almost unique in how much data they have to look at because of the way the blockchain is very open.

“Do we have all the tools to time the top? You can’t compare us to things like the gold market, where it isn’t possible to see that much data.

Three of the best

A lot of tools are out there, but Filbfilb thinks two of the most important are the Puell Multiple and the MVRV-Z score, which both look at how profitable miners are.
In both of these charts, you can look at them freely.

In this case, “the MVRV-Z score is very good because it shows you how profitable the investors are,” he says.

“If the MVRV-Z score goes up to the upper band, it means that all holders of Bitcoin are in supernormal profits versus the time when they bought the Bitcoin. So, that is something which would lead you to believe that people might be imminently thinking about taking profits and going and buying Lambos.”

While this chart might not work if we have hyperinflation, it has been backtested and, so far, it has predicted the top of the market in about a week.
So, if your hairdresser or pharmacist starts giving you advice on which coins you should go all-in on, it might be time to check this chart more often.

If they suddenly started making a lot of money, he says, “then they’re a business at the end of the day, and they’re going to dump their coins.”
It’s important for investors and for people who make things to think about both.

“It is an on-chain tool that shows the proportion of Bitcoin that has been HODLed for at least a year. There is a clear cyclical pattern where the 1yr HODL wave line has trended inversely to price over time. That is because in bear markets, HODLers accumulate and don’t want to sell their BTC at cheap prices. So, the 1yr HODL rate rises.”

In a bull market, people who are “HODLing” want to get their money out as the price rises.
There is a lot of Bitcoin coming out of their wallets as they start to sell it, which we can see.
This lowers the level of HODL for one year, he says, adding that this is why.

It continues to show that HODL’ers have no interest in selling at these levels. Expectation is for much higher prices

I don’t think that HODL line will significantly drop until +$100k #Bitcoin ? pic.twitter.com/ucqGZX7590

Most people probably won’t have time to learn and understand all the other tools because there are so many of them.
Among the charts used for technical analysis are the two-year MA multiplier, the 200-week moving average heatmap, the stock to flow model, the Pi Cycle Top indicator, the Golden Ratio multiplier, the profitable days for Bitcoin, and the BTC logarithmic growth curves.

Decentrader has made a tool called Bitcoin KPI that gives each chart a score out of 100. This tool is called a “meta-tool.”
As Filbfilb says, “It’s a lot of work going through 50 different charts and then trying to figure out what is going on here.” So, Filbfilb and his team have tried to come up with a high-level view.

There is a single picture of everything.
Isn’t that the end?
As well, you can see how far along you are in the process.
How hot is the market, he asks.

A note of caution

These tools, of course, have some rules.
Many people think that Bitcoin is leading the whole crypto market up and down, which is probably true. But it’s not out of the question that Ethereum could overtake it and become the top cryptocurrency in the world.

You can’t rely on these indicators to protect your money from a black swan event that could cause the market to crash and start a new bear market.

QE founder Mati Greenspan says that history sometimes repeats itself, but it doesn’t predict the future.