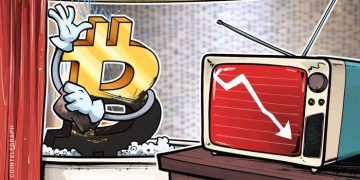 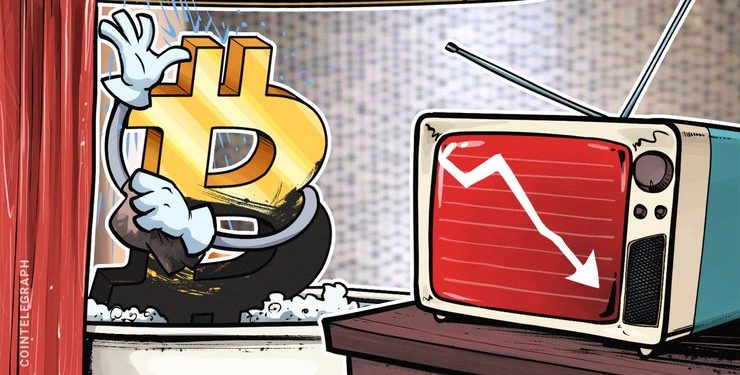 Friday, May 17 —  after a week of deep green and bullish price performance, crypto markets today are seeing a major correction, with bitcoin (BTC) dropping below the $7,350 mark, as Coin360 data shows.

Despite today’s major correction, bitcoin retains a strong gain of 16.61% on the week. 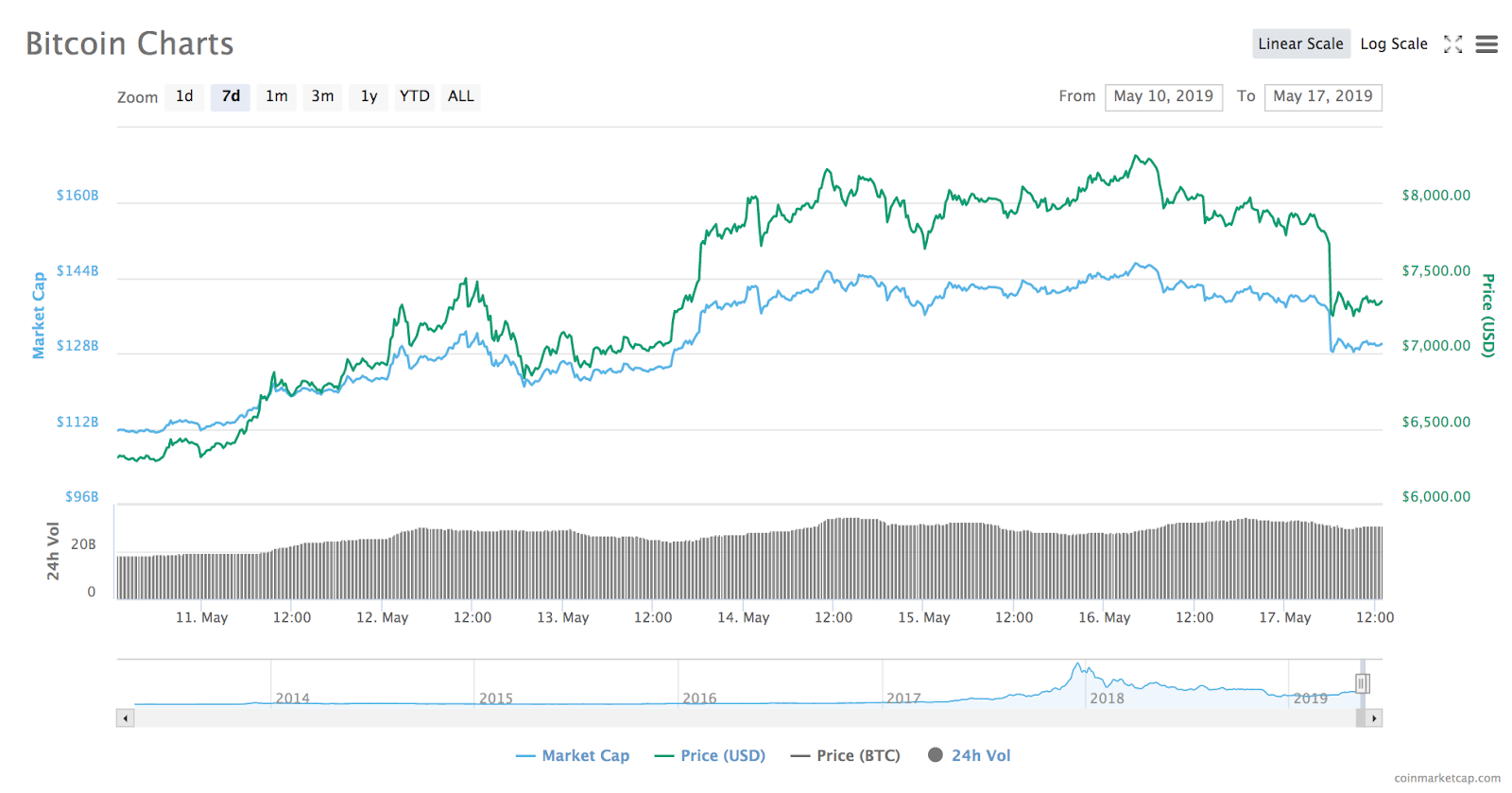 Largest altcoin by market cap ether (ETH) has seen a slightly milder drop, and is down 6.3% on the day to press time to trade at $240. The dip follows an intra-week high of above $270 yesterday. Nonetheless, the altcoin retains a 38.7% gain on its 7-day chart. 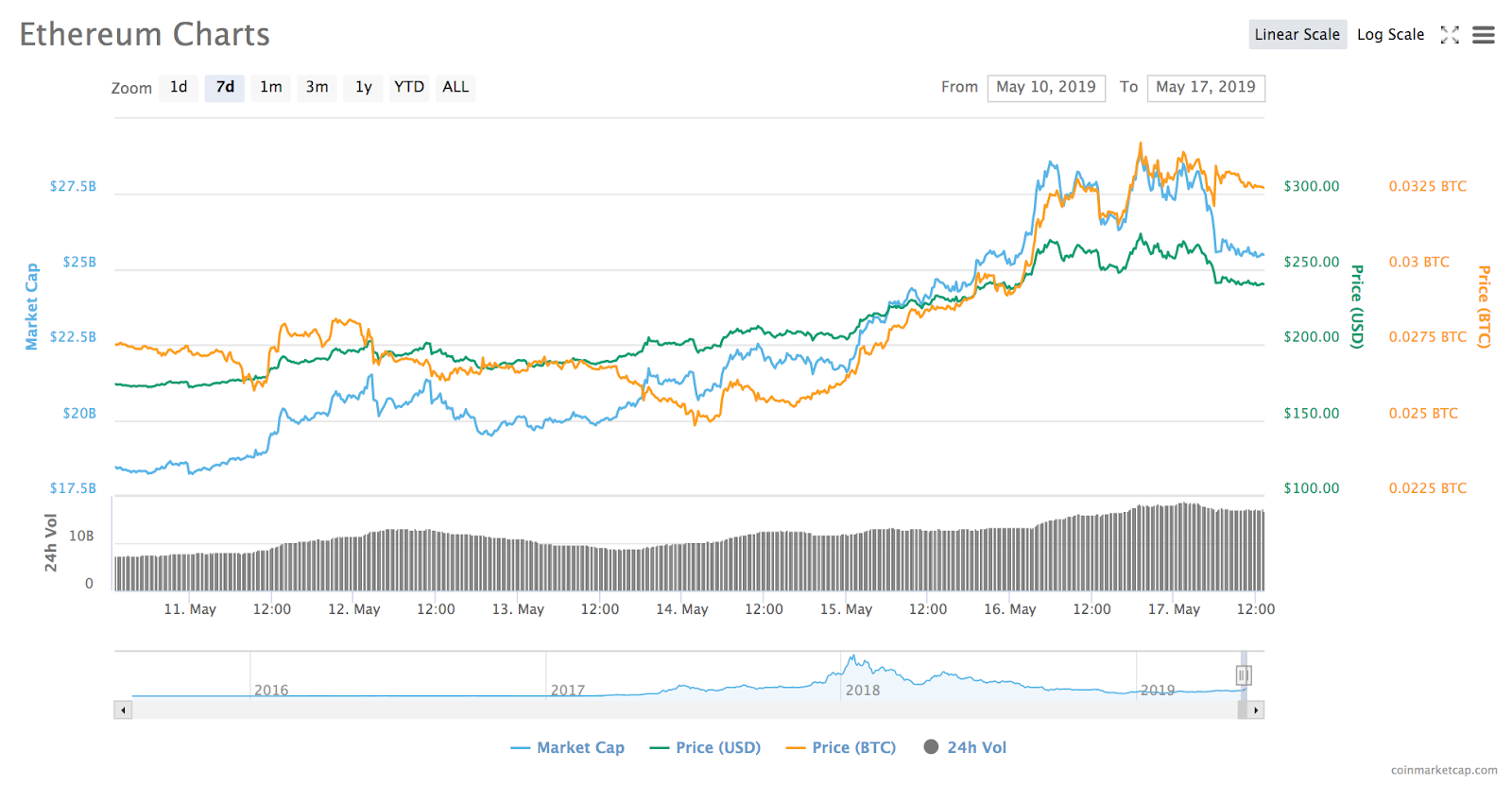 XRP has taken a double digit percentage tumble, dropping 10.9% on the day to trade at $0.38 by press time. As in the wider market, XRP saw an intra-week high yesterday. Even with today’s substantial correction, XRP nonetheless holds a strong 27.3% gain on the week. 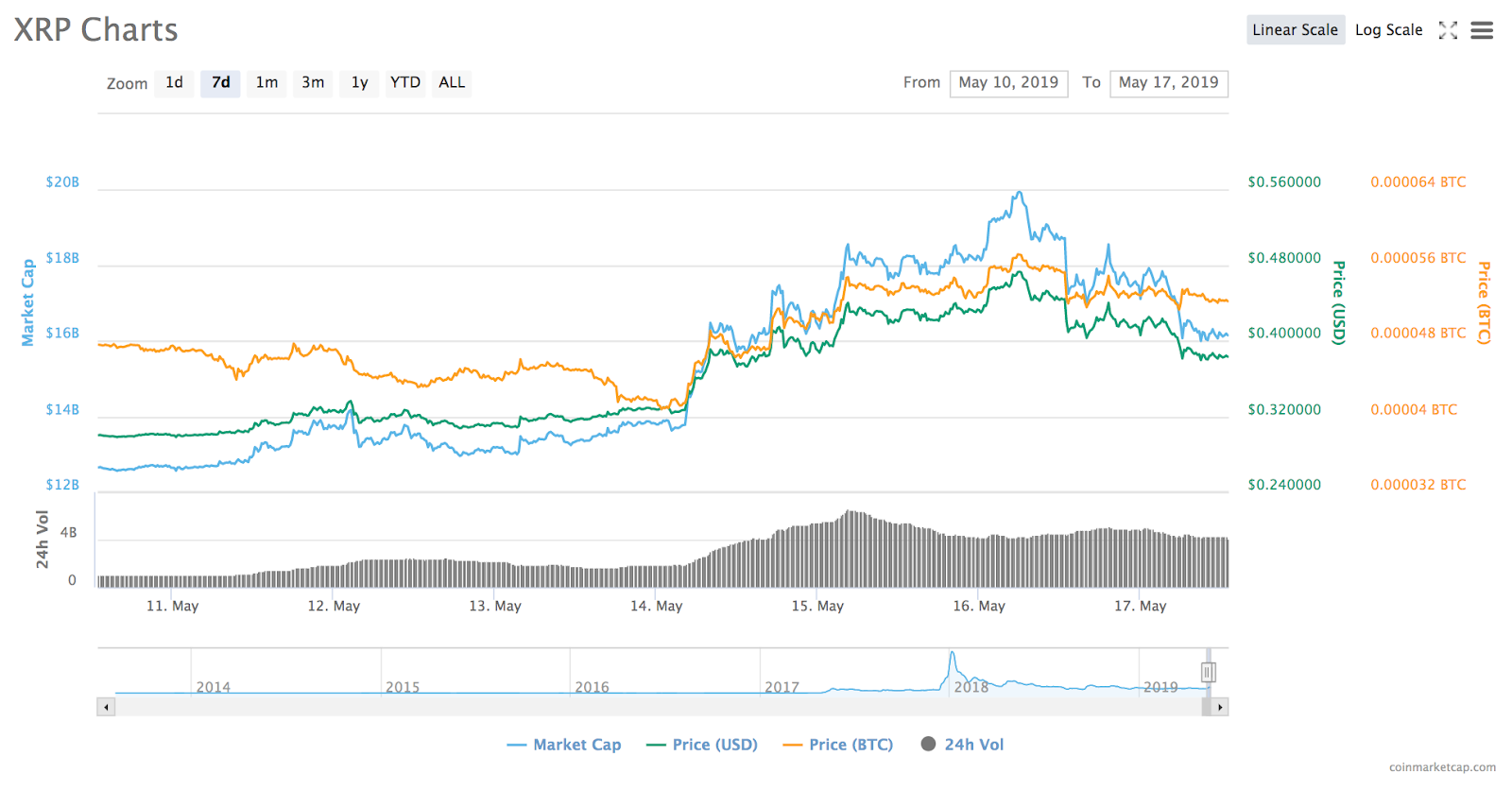 Among the top ten cryptocurrencies, all are red, except for stablecoin tether (USDT). The market-wide price downturn includes an 11.8% loss on the day for stellar (XLM), an 11% loss for cardano (ADA) and a 10.2% loss for bitcoin cash (BCH).

Eos and litecoin (LTC) are down 7.9% and 8.6% on the day respectively, while native exchange token binance coin (BNB) is showing relative resilience — down 2.35% on the day — notwithstanding the recent high-profile hack of the exchange.

The total market capitalization of all cryptocurrencies is currently around $230.15 billion — down from over $262 billion on May 16.

“IF the pullback does reverse now and we continue past the recent highs, there is virtually no major levels of resistance until $20,000.”

In crypto regulatory news, leading cryptocurrency exchange Poloniex yesterday announced it will stop offering nine coins to United States-based customers due to uncertain regulations, citing a lack of clarity over their interaction with federal securities laws.

In regard to the ongoing legal action against Bitfinex cryptocurrency exchange, the New York Supreme Court yesterday accepted modifications to the New York Attorney General’s injunction order, which affects both Bitfinex and affiliated stablecoin operator Tether.

In traditional markets, United States stock index futures opened lower this morning, as a mark of ongoing trade tensions between the US and China, as CNBC reports. As of 3:00 a.m. ET, Dow futures reportedly fell 62 points, CNBC notes, with futures on the S&P 500 Index and Nasdaq also slightly down.