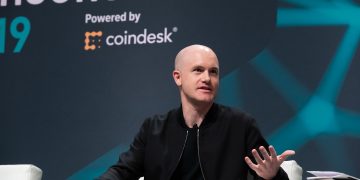 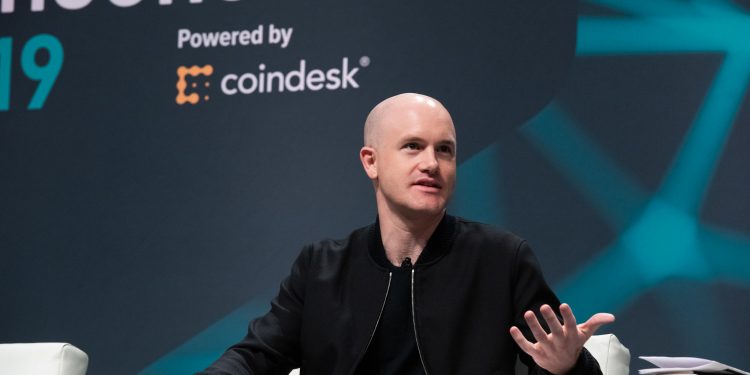 Cryptocurrency exchange Coinbase is in talks to set up its own regulated insurance company with the help of insurance broker giant Aon, industry sources told CoinDesk.

Establishing “captive” insurance subsidiaries, wholly owned by the firm being insured, is a time-honored way for corporations to reduce costs and improve access to reinsurance markets (a form of insurance purchased by insurance companies in order to mitigate risk). Nearly all Fortune 500 companies and thousands of midsize firms maintain captives, according to a December 2018 article in trade publication CPA Journal.

Coinbase and Aon see this structure as potentially part of the answer to the shortage of insurance available to crypto exchanges, the sources said. Often, such firms just self-insure by setting aside a bunch of coins to cover losses in the event of a hack or disappearance of customer funds. The problem with that approach is its lack of a formal structure, creating the temptation to access the funds for other purposes and ambiguity about how much coverage a firm actually has.

With a captive, on the other hand, the funds are segregated and held in a regulated, audited vehicle, which can help the firm go out and attain more cover from the reinsurance market.

Neither Aon nor Coinbase would comment on the latter’s interest in captive insurance. However, Aon did say that it established the industry’s first crypto captive earlier this year for an unnamed client. This Caymans Islands-based captive will write “crime” policies covering hacks of hot (online) wallets and “specie” coverage for cryptocurrency kept offline in cold storage, the broker said.

And the two companies have worked together before: in April, Aon helped arrange about $255 million in coverage for Coinbase’s hot wallets. The exchange, which keeps only 2% of client funds in hot wallets, held $25 billion of crypto at the height of the 2017 bullrun.

Aon said a handful of its crypto clients are considering the captive option, adding that Bermuda and some leading U.S. on-shore domiciles are expected to follow the Caymans soon.

“There is a lack of capacity and some are uncomfortable with what is available in the marketplace and are looking to alternative solutions,” said Jacqueline Quintal, a managing director and the financial institutions practice leader at Aon. “I think the path for most will be to buy some amount of traditional insurance first and then to explore alternative structures, potentially including a captive — and we are having more and more of these conversations.”

The case for captives

Stepping back, a captive is an insurance company created and completely owned by another company to provide coverage for itself. It’s a regulated alternative to self-insurance which can offer direct access to reinsurance markets and act as an investment vehicle.

If pricing is too high in the commercial insurance markets or no underwriters are willing to cover a firm’s risk, captives are used to formalize self-insurance with reporting on capital and reserve requirements.

Speaking to the advantages of using a captive rather than simple self-insurance, Quintal said: “If a firm is self-insuring, they’ve accepted responsibility for funding 100% of any loss. Captives, in comparison, provide a means through which firms can access insurance or reinsurance, while also pre-funding self-insured loss amounts in a more formal way than simply setting aside capital.”

Taking this more formal and regulated approach, Quintal added, can help create more capacity in the market, and “by having more control over a firm’s insurance program, captives can bring the price of risk financing down over time.”

Even for a crypto firm, a captive would have to keep most of its claims reserve in fiat, but crypto could potentially be used for the surplus (additional funds reserved in case of an unexpected amount of claims), according to Ward Ching, managing director, Aon Captive Insurance Managers.

There have also been discussions about including crypto in the Caymans captive’s investment activities, said Ching.

“It’s all about doing the math and showing the domicile regulatory leadership how the inclusion of cryptocurrency as an asset class both satisfies the regulatory mandate and provides financial flexibility in a constructive and safe manner,” he said.

It’s no secret that many of the largest cryptocurrency exchanges simply self-insure against hacks and losses.

The problem historically has been that crypto insurance is prohibitively expensive, way too limited and fiendishly tricky when it comes to actually making a claim. In response, crypto firms have resigned themselves to holding their own coins in cold storage (where the private keys are disconnected from the internet, in a hardware device or piece of paper locked in a safe) to deal with losses.

San Francisco-based exchange Kraken has been candid about having its own insurance fund. As Kraken CEO Jesse Powell told CoinDesk:

“The balance sheet is basically also called the insurance fund.”

Kraken has “well over $100 million” put aside, said Powell, much of it in bitcoin to save the company from having to go out and buy coins on the open market in the event clients’ coins need to be replaced.

Similarly, in February 2018, Singapore-based Huobi put aside 20,000 bitcoin as its fallback protection mechanism in the event of a security breach, known as “the Huobi security reserve”. As a further measure, it has hoarded a “protection fund” by earmarking 20 percent of transaction fees per quarter to buy back its native tokens.

“If you add our protection fund up with our reserve fund we are talking well over $400m of protection there,” Josh Goodbody, head of Europe and the Americas, Huobi global sales and institutional business told CoinDesk.

Powell, an outspoken critic of the state of insurance provision offered to crypto firms, said over the years his firm has been quoted insurance many times at prices which were “ridiculous and obscene.”

“There’s just not a good deal out there,” he said, “I’m sure you can get someone to write you a deal for like 10% a year of the balance and actually have real meaningful coverage. But I don’t think people are going to pay that.”

Goodbody, likewise, explained that Huobi had been around the block looking at insurance. Indeed, he questioned how coverage in the hundreds of millions of dollars touted by some firms would apply to hot wallets, which he said would be “extremely confusing and full of caveats and fine print.”

Exchanges tend to be loose in how they go about self-insuring, according to Powell.

“I think everybody basically has these funds on their balance sheet and they are investing them or dipping into them for operations,” he explained. “Nobody, as far as I know, has provided some sort of audit or an explicit statement about how these funds are segregated and kept in a different entity as if it were really like third party insurance provider.”

Nevertheless, Powell said he struggled to see what value it would add setting up a separate captive insurance company.

“I just feel like it’s moving money between pockets of the same entity, and I don’t really see how this actually helps the consumer have more protection. It’s all the same basket of money anyway,” said Powell. “I don’t know why this would be able to get a better deal than we could get directly with an insurance broker.”

Some innovators in the insurance space, such as ethereum-based Nexus Mutual, have suggested going further than setting up individual captive vehicles and rather pooling together groups of crypto disaster funds into a system of reinsurance.

Powell agreed this idea seemed to have more potential value for the industry, but he questioned the practicalities.

“You could conceivably do a group insurance deal among the exchanges, like a co-operative kind of thing. But then you have to have your competitors audit everything and I think everybody’s too smart for that – and too paranoid,” he said.

Aon’s Ching agreed there was some “obvious logic” in getting a group of crypto self-insurers together and aggregating. The problem, he said, is these companies are very different once you get under the covers:

“They have different risk tolerances, different capital structures and different security mechanisms. Until they harmonize that it’ll be hard to put a group captive together; not saying it’s impossible, just a bumpier ride.”