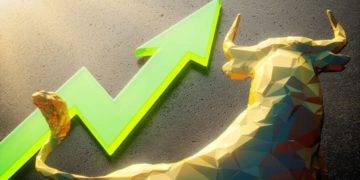 Bitcoin Lightning Network Is Growing Faster Than You Think

Bitcoin Lightning Network Is Growing Faster Than You Think 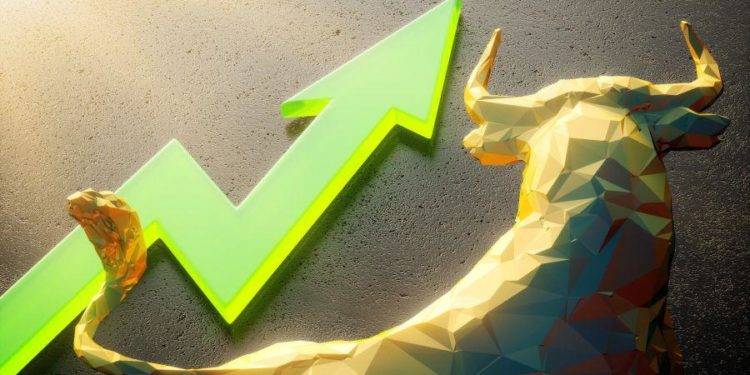 According to Arcane Research, a Norwegian crypto-focused research organization, the use of the Lightning Network is increasing at a higher rate than is indicated by publicly available data. By 2030, they predict that, as the network becomes more widely used for everyday activities, we will be on a path to widespread Bitcoin (BTC) adoption that will result in hundreds of trillions of Lightning transactions per year.

According to the company, the research, produced by Bitcoin payments provider OpenNode and titled The State of Lightning, aims to present “the most complete assessment of Lightning Network usage seen to date.”

In the research, one of the most important points stated is that the use of Lightning is actually rising at a higher rate than the publicly available statistics indicate.
Various statistics, such as the total channel capacity and the number of nodes, demonstrate that the Lightning Network is rapidly expanding its reach.

A month’s worth of data from 1ML shows that the number of Lightning nodes has climbed by 5 percent, reaching almost 27,600, and the number of channels has increased by about 8 percent to reach nearly 75,500. As a result of this, the LN’s total capacity increased by 26%, to BTC 2,999, or USD 152 million.

Despite the fact that the Lightning Network was introduced in 2018, usage growth began to accelerate in late 2020, and has been on an upwards trend ever since, reaching a peak in September 2021 when it experienced a parabolic growth. Several companies, including Paxful and Twitter, have enabled Lightning payments as a result of El Salvador’s legalization of bitcoin as a form of payment.

Growth in payment volume (USD) from wallets on the Lightning Network vs. growth in public capacity (BTC).  Monthly compounded.

“Lightning usage is shifting from being dominated by online services to being used on a daily basis,” says the author. According to the Lightning wallet statistics compiled by Arcane Research, the content of payments is changing as more users gain access to Lightning payments in the future. However, while payments for online services such as trading and gambling have dominated payment volume in the past, “September demonstrated that this is changing rapidly, with personal transfers and payments for more typical everyday use such as merchant payments and gift cards growing at twice the rate of payments for online services.”

The CEO of Lightning Labs, the company that developed the software that powers the Lightning Network, stated that the Lightning Network is already “enabling people to send money instantly via internet-native global transactions, with immense opportunities in emerging markets,” and that they are “on the verge of bringing bitcoin to billions of people with Lightning.”

However, going back to the adoption wave that began with El Salvador, Arcane Research investigated the potential influence on activity on the Lightning Network that could result from this wave of adoption.

“Broad Lightning adoption will probably take some time, but usage growth will likely be exponential when bitcoin gets a foothold. In a potential scenario for Lightning adoption in El Salvador, close to 90% of the grown population will have access to Lightning payments by 2026,” the researchers said.

Additionally, they predict that the monthly amount of household expenditure and remittance payments processed through the Lightning Network would increase to around USD 650 million and 20 million transactions per month, respectively, over time.

A potential scenario for Lightning usage from household expenditure and remittance payments in El Salvador until 2030.

Then, if El Salvador is successful, it is likely that other nations will follow suit, particularly those with limited banking access, inflated national currencies, a large reliance on remittances, and a heavy reliance on the US dollar as a reserve currency. According to Arcane Research, the countries that suit that description have a combined population of 850 million people. If only 10% of the population adopts Bitcoin before 2030, it would result in an additional 50 million Lightning users.

In the research, it is said that by 2030, “these users will be responsible for [USD] 17 billion in annually Lightning payment volume and more than 1.2 billion Lightning transactions, mostly through household expenditure and remittance payments.”

A possible scenario for Lightning usage from household expenditure and remittance payments in other poorly banked and dollarized countries until 2030.

After that, it is envisaged that the use of Lightning will extend beyond its current role as a means of trade in underbanked countries. The researchers discovered that, while gaming prizes and earnings represented for only an estimated USD 4,000 of inbound transaction volume, they did so on 189,000 transactions, implying an average transaction size of 2 cents.

“These transactions clearly indicate the feasibility of conducting tiny payments over the Lightning Network, potentially allowing consumers and businesses to settle virtually instantly and so decrease counterparty risk,” according to the paper. ”

The researchers concluded that,

“The Lightning Network, and the possibility to perform micropayments instantaneously, will most likely change how we pay for certain services. We already see the first steps, but the alternative to stream money will revolutionize many popular services in the future.”

In some applications, such as gaming, video (1 billion for paid services and 2 billion for unpaid services), and audio, the number of global users is as high as 3 billion, indicating that Lightning payments have the potential to become an alternative payment method.
“By 2030, we expect to have an estimated 700 million customers paying for gaming, video, and audio services through the Lightning Network,” says the author.

Users of Gaming, Video, and Audio Services Paying with Lightning.

Furthermore, based on a conservative estimate of 1 hour used per day on these services and an average of 25% of this time spent consuming services with Lightning payments, the firm estimates “no less than 364 trillion Lightning transactions per year by 2030.”

Additionally, the survey observed that, while development and nodes are concentrated in the Western hemisphere, Lightning usage is global, “and consumers in emerging regions are obviously present.”

According to data from a cryptocurrency-only company that sells gift cards. According to Bitrefill, users in poor nations prefer Lightning payments over on-chain payments. Users from El Salvador, Brazil, and Nigeria are the most regular users of Bitrefill’s Lightning integration, followed by users from South Africa, Poland, Italy, and Russia.

Until August, the business estimated that the aggregate value of incoming and outgoing transactions for the most regularly used wallets was close to USD 5 million. The other half is spent on payments for goods and services, which totaled USD 2.4 million in August.

However, they stated that “volume is not the only metric for measuring Lightning usage.” “When the quantity of transactions is considered, the picture changes dramatically.” While incoming payments account for a minor portion of transaction value, they “make up the lion’s share of volume in terms of transaction volume.” August saw about 250,000 incoming transactions, in addition to slightly under 45,000 wallet-to-wallet transactions and 60,000 purchases for goods and services.