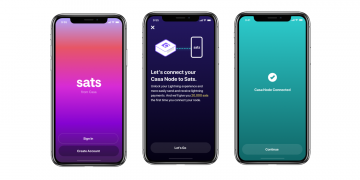 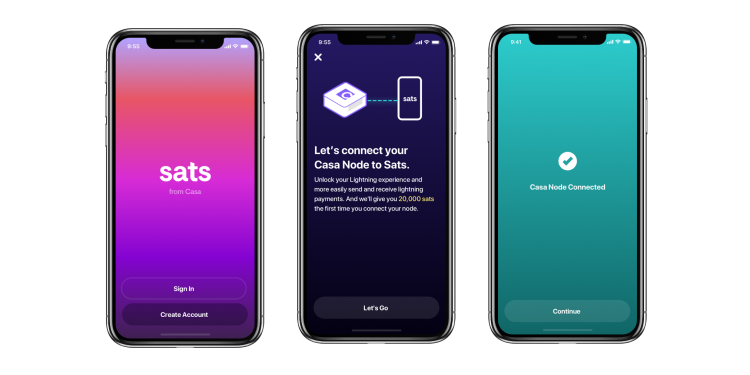 Casa’s new mobile app makes it easier to manage your lightning node on the go.

Launched today, the new Sats App works like a noncustodial wallet with some unique features. In addition to being able to manage a user’s lightning node from the mobile app, Casa CEO Jeremy Welch said the startup will soon roll out a rewards program for earning small amounts of bitcoin through the app.

The goal is to help crypto newbies graduate from earning their first bitcoin all the way to managing a lightning node with just one mobile app.

Stepping back, the bitcoin security startup has launched several products since last September, including protective faraday bags and the Casa lightning node device. Welch said the startup has raised more than $3.5 million so far from investors such as Alyse Killeen, Castle Ventures, Boost VC and Compound, just to name a few.

The staff of roughly 25 people serves customers in 60 countries running “thousands of active nodes,” Welch said. Those customers will have first access to the new app this week, with public access via the app store rolling out later this month.

“It’s a lightweight app, but allows you to experience the full gamut – from earning your first sats to operating a full node from your phone,” Welch said. “It’s private, secure and connects over Tor.”

Casa already has a multisig custody app for tech-savvy customers who want to protect significant amounts of bitcoin, called Keymaster. This new mobile app was created for onboarding the crypto-curious. The rewards program will give tiny fractions of a bitcoin called Satoshis. One bitcoin is made up of 100 million Satoshis.

“Our first announced SatsBack reward will be 20,000 satoshis just to get your Casa Node all connected up on Tor and connected to Sats App,” Welch said.

His team’s goal – with crypto rewards and other user-friendly features – is to provide users with easy ways to hold their own bitcoin, rather than keeping it on exchanges. Welch added:

“We’re trying to make it easier for people to do that, self-custody.”