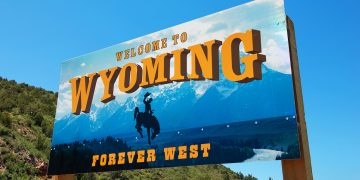 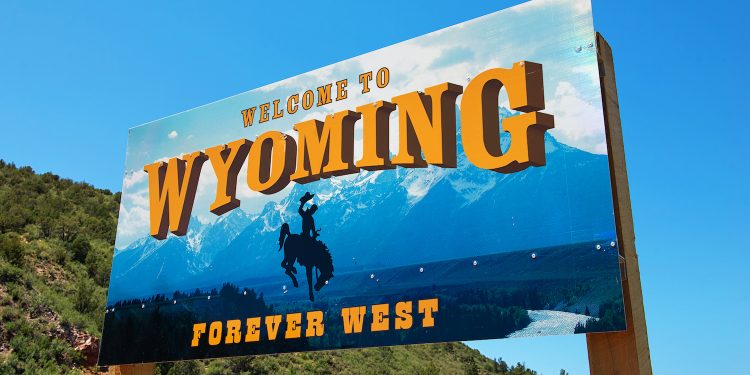 It’s been more than three months since Wyoming began taking applications to charter a new type of crypto-friendly bank, and no company has announced its application while a handful of firms have indicated an intent to apply.

This hasn’t cooled hype around the charter’s potential. In October, Colorado announced plans to draft special-purpose banking legislation to cater to crypto companies. At CoinDesk’s Invest conference in New York in November, the SPDI charter was touted as a superior substitute for New York’s BitLicense. One month later, crypto exchange Kraken opened a position for an operations director to oversee a Wyoming special-purpose depository institution (SPDI).   Currently, the Wyoming Division of Banking is developing partnerships with other state regulators to create joint legal procedures around digital assets, according to a spokesperson for the Wyoming Division of Banking.

So why isn’t Wyoming flooded with SPDI applicants? For one gung-ho firm, it’s been a matter of having the processes in place to apply.

“Once you go into the formal application process, everything has to be pretty well prepared to have the full scrutiny of the Wyoming Banking Commission,” said Jeremy Dzral, co-founder and CEO of WYo Financial, a newly formed corporation in Wyoming that plans to apply in Q1 2020 and be full-fledged SPDI in Q3 of the same year. “We’ve been in ongoing dialogue with the banking commission for a little over two months.”

“The application is over 19 pages long with more than a 100 items to address,” said Robert Cornish, a partner at the law firm Anderson Kill, who was an advisor to the Wyoming Blockchain Taskforce, Wyoming Blockchain Coalition and WYo Financial.

For some in the crypto community, that might be too much work. Consider that some crypto firms applying for the BitLicense in New York found the six months to a year spent answering requests for information to be daunting, said Chris Ray, partner at Dean & Ray, who’s worked in the crypto space for two years.

“It ended up being quite unwieldy, mostly because of what is perceived to be heavy-handed regulators who are overcautious on every application,” Ray said.

SPDI promises something much more powerful than the BitLicense, however. Under federal interstate banking law, it might allow firms that get the charter to operate anywhere in the U.S., including New York. Firms that get a BitLicense or a trust charter still need to seek money transmitter licenses across the U.S.

SPDI-chartered firms also have the assurance of a crypto-friendly regulator.

The Wyoming Division of Banking would be the SPDI bank’s primary regulator, not the risk-averse U.S. Federal Deposit Insurance Corp. The bank would also gain a master account at the Federal Reserve Bank of Kansas City, which would potentially allow it to deposit funds at the Federal Reserve as well as have access to the global payments system.

The benefits of crypto-friendly regulation come with heavy capital requirements. While the statute that ratified the SPDI charter required $5 million and three years of operating expenses at the time of application, the Wyoming Division of Banking has decided to require a minimum of 1.25 percent to 1.75 percent of proposed assets under management or assets under custody or $10 million, whichever is greater.

Firms should also look to how much de novo retail banks raise – around $25 million – when looking to apply for the SPDI, the spokesperson added.

These capital requirements are designed not to prevent a run on a leveraged bank – SPDI banks are required to keep all of customers’ fiat demand deposits as liquid assets and cannot lend – but to be in effect in case the SPDI bank fails. While SPDI banks don’t have to deal with the FDIC, the Wyoming Division of Banking will now have to play the FDIC’s role in case of bank liquidation.

In a bank failure scenario the Wyoming division of banking would have to contact depositors, arrange for their assets to be returned, hire accounting firms to audit the books and manage the assets while the estate is being settled and cover any litigation costs against the state resulting from the failure.

The SPDI also has to carry a “living will” or resolution plan that outlines how the bank would wind down.

The rules go on to point out that a SPDI bank may resemble a custody bank with a focus on fiduciary activities, asset management and custody. Because of this the division of banking analyzed the tier 1 capital ratio to assets under custody at large custody banks like State Street, BNY Mellon and JP Morgan. To finalize annual reviews and audits, the Wyoming regulator consulted with regulators in other states and around the world, including the U.K., Switzerland and Abu Dhabi.

How to make money

Without the ability to lend while holding a high amount of capital reserves, SPDI banks have the option of making money off the repurchase agreement market but with low interest rates there might not be much money for SPDI banks to make in the repo market.

Without legacy banking infrastructure, Drzal envisions WYo Financial being able to offer custody and banking services as an easily integrated service for blockchain companies – like how Stripe offers mobile app developers the ability to add payments to applications. For instance, Drzal predicts that real estate tokenization firms will be large commercial enterprises which will need payments, onboarding, know-your-customer and compliance services.

“We’re focused on trying to be a bridge between traditional financial services and the next generation of digital asset management and blockchain technology and tokenization,” he said. WYo Financial will also offer banking, card issuing, deposits, payment management, compliance services and managing issuers.

“I’ve gotten dozens and dozens of calls from people about the SPDI and lots of people with different visions for how they might use the SPDI in their business,” Kaufman said. “You’ll see some interested in a B2B solution or commercial type custody, money financial services model … Others are interested in using it as an on- or off-ramp into the crypto world.”

Another reason why firms might be holding off on applying is because the Wyoming legislature will consider adding retail customers to the charter in February, Kaufman added. While there are no traditional underwriting standards for crypto lending, the issue of lending crypto may also be revisited by the Wyoming legislature in the future, Kaufman added.

SPDI banks may also have opportunities to bank other high-risk industries that were affected by Operation Choke Point like the firearm industry and coal industry, said David Pope, president of the DPACPA group of accounting firms and a volunteer advocate for the Wyoming Blockchain Taskforce.

Until the first applicant applies and begins operating under the new charter, many in the crypto industry are taking a wait-and-see attitude towards the charter.

“It’s going to be a subjective valuation by the state on a case by case basis,” Cornish said. “Certainly, the first applicant that’s approved will serve as a model of some sort for those considering doing this.”