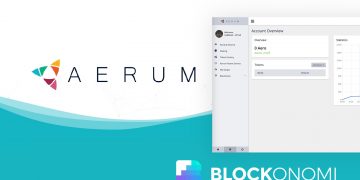 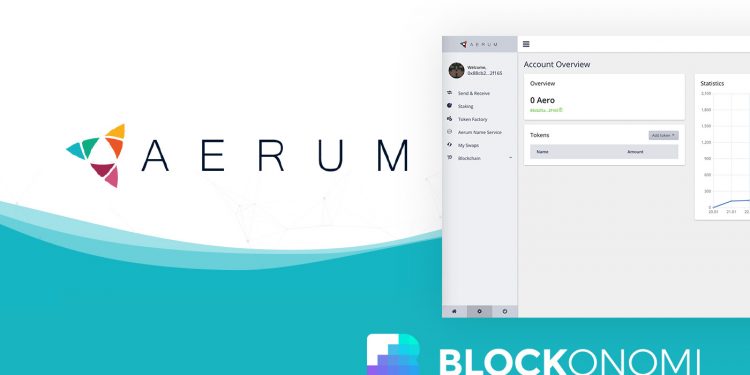 Aerum is a next-generation blockchain designed for programmable P2P finance. It plans to “disrupt the industry of fintech via the introduction of free real-time transactions, combined with trustless financial operations and a highly scalable smart contract protocol that is optimized for tokenization.”

Alex Randarevich is the chief executive officer of Aerum, and Nik Page is the chief strategy officer. The chief marketing officer is Malte Christensen, and the chief blockchain engineer is Patrick O’Sullivan.

Other team members include Bran Ballay as the chief product officer, Dave Rooney as the chief infrastructure officer, Ross Kishenkov as the chief communications officer, Daria Paraskevopoulou as the investor relations manager, and Daniel Baznamin as senior designer. You will also find Anfisa Bogomolova as the creative consultant, Petro Sidlovsky and as blockchain developers, and Yuriy Kashnikov as the solidity developer.

What Is the Goal of Aerum?

Aerum aims to deliver a ready-to-use, complete, and practical infrastructure that allows for the construction and use of dApps. At the same time, it will deliver high throughput, on-demand scalability, and free and fast transactions for end-users. Aerum will be a full-service platform for launching marketplaces, games, prediction markets, and social networks.

Aerum’s key features include the fact that it delivers free transactions for customers and has fast transaction times of just 5 seconds. Additionally, it is scalable, allowing for anywhere from 500 to 100,000 tps. Aerum is also bridged, offering atomic swaps with Ethereum. It is extendable via an API for e-commerce and apps, as well as multifunctional via mobile and web wallets. The Aerum blockchain is open-source under an MIT license and includes multi-token payment protocol. It features a decentralized token exchange, multiple chains, and dxPoS consensus. The blockchain has 21 million gas per block and features 2-second blocks.

The XRM token powers the value-generating PoS protocol of Aerum. Those who stake 100 XRM tokens along with an active delegate can receive sufficient Aero coin to execute a basic transfer every 24 hours. Purchasing 20,000 XRM, which is valued at $10,000 during the whitelisted round, allows for the generation of enough Aero to execute up to 73,000 transactions annually. This is equivalent to the value of 21.462 Ether.

There will also be a secondary market for the Aero coin that allows token holders to exchange their excess Aero for Ether. This will create a decentralized revenue stream that acts as a reward for those who secure Aerum decentralized consensus.

The public sale began on Oct. 15, 2018, and will run until Jan. 31, 2019. There is a soft cap of $5 million USD and a hard cap of $20 million USD. Payments are accepted in Ethereum, Bitcoin, Bitcoin Cash, Ethereum Cash, Monero, and Litecoin. Those from China, the USA, and Canada cannot participate in the sale, and KYC is required for contributions of more than $2,000.

At the time of writing, Aerum had already received $1.2 million funds with 12.92 million XRM pledged and 100 million XRM sold. The stage at the time of writing was the whitelisted sale, when each XRM was set to $0.05. On Jan. 1, 2019, the next stage will begin. This will be the crowd sale, during which time each XRM is worth $0.06. Private placements of at least $25,000 can receive special negotiable conditions.

Fifty percent of the proceeds from the token sale will go to product development, which includes IPR acquisitions and contracted software development. Fifteen percent will go to marketing and the community, with another 15 percent to adoption and grants. Ten percent is allocated for BizDev and legal, with the final 10 percent for operations and infrastructure.

There are also several airdrops and bounties that can allow you to get Aerum without participating in the token sale. By conducting a competition analysis, you could have received 5,000 XRM. There was also an Aerum 2 in 1 multi-media airdrop between Sept. 28 and Oct. 12 on Telegram and Instagram, with a total allocation of 1 million XRM. There was an Aerum Twitter promotion bounty with 50,000 XRM allocated. Aerum also has a Whitelist Referral Program with 175,000 XRM allocated to those who bring the largest investment via referrals, which expires very soon. The Aerum project inception occurred in November 2017. By May 2018, it launched the TestNet. August 2018 saw numerous milestones, including the beta release of the Aerum web wallet, Aerum mobile wallet, Aerum integration toolkit, token staking protocol, and consensus protocol. The private token sale round began Sept. 17, 2018, with the whitelisted token sale round beginning Oct. 15.

The crowd sale round will begin Jan. 1, 2019, and end Jan. 31. February 2019 will see exchange listings, the releases of the web and mobile wallets, the MainNet self-launch, the release of cross-chain swaps, and the release of the Integration Toolkit.

There will be an Aerum Developer Meetup in March, the Collateral Gateway Release in April, the Aerum Hackathon in May, and the Token Payment Protocol Release in June. July will see the release of production v1.0 and an Aerum conference. December 2019 will feature the production v2.0 release, and V3.0 will release in July 2020. Aerum is a project focused on creating an infrastructure that allows for the development of next-generation fintech blockchain that is compatible with Ethereum. The Aerum blockchain will be high-performance, scalable, and decentralized, focusing on the decentralized economy and programmable finance.