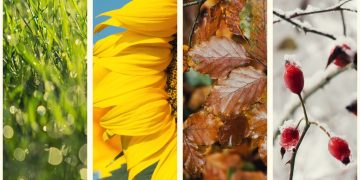 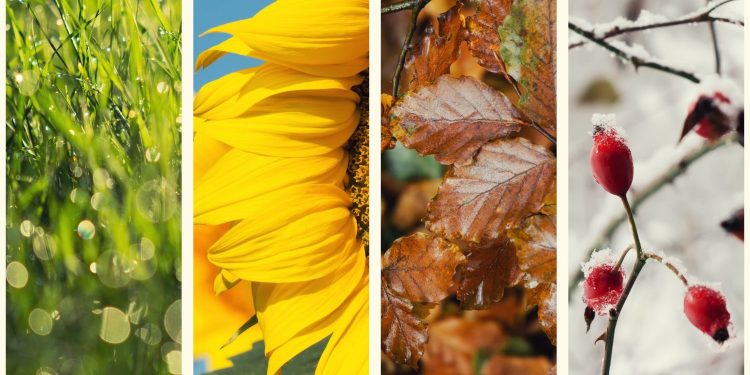 Dan Held is the founder of crypto portfolio service Picks & Shovels. He previously founded data service ZeroBlock, which sold to Blockchain, and served as VP of product at ChangeTip.

“The root problem with conventional currency is all the trust that’s required to make it work. The central bank must be trusted not to debase the currency, but the history of fiat currencies is full of breaches of that trust. Banks must be trusted to hold our money and transfer it electronically, but they lend it out in waves of credit bubbles with barely a fraction in reserve.” — Satoshi Nakamoto

In my last article, “Species,” I covered why Satoshi’s design of Bitcoin’s genetic code made it the best species of money ever created.

(To enjoy this article in its fullest, I recommend playing this song then continue reading. If you like this music, please follow my playlist on Spotify.)

From the founding of the Bank of England, central banks have been used as a means for states to fund their policies without risking the popular ire caused by direct taxation.

When the capital provided by central banks is misallocated by either the state or in a market distorted by artificially low interest rates, an inevitable collapse occurs.

The central bank is the root of these periodic market dislocations.

With the recent market dislocation, investors were bailed out. Unfortunately, you cannot subsidize irresponsibility and expect people to become more responsible.

Prior to the 20th century, ordinary people could always flee to gold to save themselves from the effects of the failed, inflationist, policies of the central bank. This ended across much of the world in the 20th century as gold was outlawed. — Vijay Boyapati

“In the absence of the gold standard, there is no way to protect savings from confiscation through inflation. There is no safe store of value.” — Alan Greenspan (Former Chairman of the Federal Reserve)

Satoshi Nakamoto, after years and years of research, starts coding up Bitcoin.

The Federal Market Open Committee began lowering the fed funds rate (to 3.0%). There were 57 percent more foreclosures than 12 months earlier

March 18: The Federal Open Market Committee lowered the fed funds rate by 0.75 percent to 2.25 percent. It had halved the interest rate in six months. That same day, federal regulators agreed to let Fannie Mae and Freddie Mac take on another $200 billion in subprime mortgage debt.

July 23: Secretary Paulson made the Sunday talk show rounds. He explained the need for a bailout of Fannie Mae and Freddie Mac. The two agencies themselves held or guaranteed more than half of the $12 trillion of the nation’s mortgages.

(for the next few paragraphs, I HIGHLY recommend listening to this soundtrack)

September 15: Lehman Brothers files for chapter 11 bankruptcy, the largest bankruptcy filing in U.S. history with over $600B in assets. The bankruptcy triggered a one-day drop in the Dow Jones Industrial Average of 4.5%, the largest decline since the September 11, 2001 attacks. Later that day, Bank of America officially announced it would purchase struggling Merrill Lynch for $50 billion.

September 16: Fed buys AIG for $85 Billion. The company had insured trillions of dollars of mortgages throughout the world. If it had fallen, so would the global banking system. On that same day, the Reserve Primary Fund “broke the buck.” It didn’t have enough cash on hand to pay out all the redemptions that were occurring.

“I asked my wife to please go to the ATM and take as much cash as she could. When she asked why, I said it was because I didn’t know whether there was a chance that banks might not open.” — Mohamed El-Erian (One of the most powerful economists/leaders in finance)

September 17: Economy on the brink of collapse. Panic spreads. Investors withdrew a record $144.5 billion from their money market accounts. During a typical week, only about $7 billion is withdrawn. If it had continued, businesses couldn’t get money to fund their day-to-day operations. In just a few weeks, shippers wouldn’t have had the cash to deliver food to grocery stores.

October 3: The bank bailout bill allowed Treasury to buy shares of troubled banks. It was the fastest way to inject capital into the frozen financial system. Despite this, global stock markets continue to collapse.

October 7: The Federal Reserve agreed to issue short-term loads for businesses that couldn’t get them elsewhere, to the tune of $1.7 Trillion.

“September and October of 2008 was the worst financial crisis in global history, including the Great Depression” — Ben Bernanke

October 14: The governments of the EU, Japan, and the United States again took unprecedented coordinated action. The EU committed to spending $1.8 trillion to guarantee bank financing, buy shares to prevent banks from failing, and take any other steps needed to get banks to lend to each other again. This was after the UK committed $88 billion to purchase shares in failing banks and $438 billion to guarantee loans. In a show of solidarity, the Bank of Japan agreed to lend unlimited dollars.

October 21 — Fed lends $540 Billion to bail out money market funds which are continuing to meet a barrage of redemptions.

“People feel like nothing in the country is working — the president, Congress, corporations.” (October 15, 2008) Reuters

Walking on the street in a city Satoshi looks around and notices a businesswoman on her blackberry, hailing a cab. He passes a newspaper stand and sees Miley Cyrus’ (known as Hannah Montana) controversial photos in Vanity Fair, she’s 15.

George Bush’s approval rating is at a record low of 21%, Congress is at 10% — just above its all-time low. Lehman Brothers had just collapsed a month prior.

“Is now the time? Is the world ready?” Satoshi thought to himself. He had spent the last few years coding up Bitcoin then writing the whitepaper. He had patiently waited to release it to the world, but the moment had to be right… there was only one shot at this. “Is the whitepaper easy enough to read? I want to make sure this resonates with the cypherpunks, I’m hoping cash will be most understandable to the other members on the mailing list who have previously created e-currencies.”

“When the moment is ripe, a fanatic leader galvanizes the ripe population and pushes it to a point of no return. The leader translates the ideals published by the “men of words [cypherpunks]” into doctrines [whitepaper] promising sudden and spectacular change.” — Eric Hoffer, author of “The True Believer” (via Tony Sheng)

He returned to his home and reviewed the whitepaper for any glaring mistakes the 47th time, he couldn’t find any. He leaned back and stared at the wall. He realized this was the moment, it was time to plant the seed. He popped open his e-mail client, checked the draft e-mail to the cryptographer (cypherpunk) e-mailing list and pressed send. There was no going back.

“Indeed, Bitcoin rose like a phoenix from the ashes of the 2008 global financial catastrophe — a catastrophe that was precipitated by the policies of central banks like the Federal Reserve.” — Vijay Boyapati

With the 2008 financial crisis, trust had been lost in a world that ran on trust.

Bitcoin was launched in a time of absolute necessity, Satoshi planted the seed at precisely the right moment.

In Part 3, I will cover Satoshi’s distribution strategy – or the soil in which he planted the seed: the Cypherpunks community. Part 3 of this article will be published in the next few days and linked from Twitter via Tweet storm.

9th Largest Bank in the US Joins Ripple