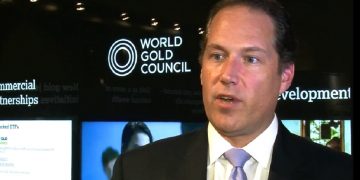 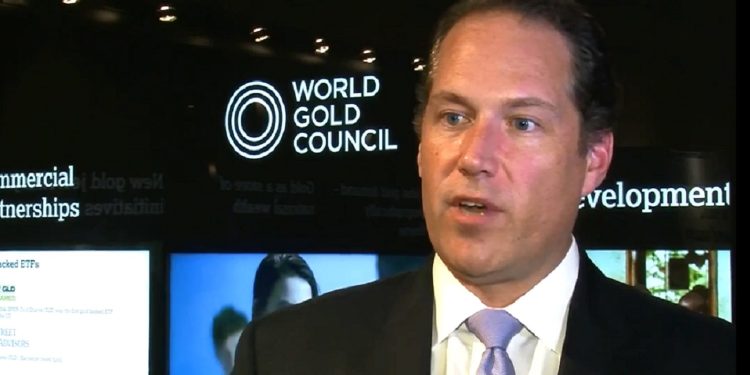 The Cayman Islands-based firm has filed an initial registration statement with the U.S. Securities and Exchange Commission (SEC).

The fund, in development for two years, would track the CME CF Bitcoin Reference Rate to reflect bitcoin’s actual market price. While declining to disclose the fund’s management fees, the filing said it will process creations and redemptions, and accrue its management fee solely in bitcoin.

“The benefits and challenges, when it comes to bitcoin as an asset class, are similar to what they were when the Gold Council brought SPDR Gold Shares to the market. There was also a lot of learning the SEC had to go through to fully understand and gain a level of comfort with the underlined gold market.”

The industry veteran now heads the product development in the young firm. Previously, Toussaint managed SPDR Gold Shares (GLD), one of the largest gold ETFs in the world, while serving as the CEO of the World Gold Trust Services, a wholly-owned subsidiary of the World Gold Council. That product is now marketed by State Street Global Advisors.

Toussaint started his career in the ETF industry at Morgan Stanley where he led the MSCI index licensing businesses in Asia, after stints as a senior strategist at Northern Trust and as a portfolio manager JP Morgan.

If Kryptoin’s ETF is approved by the SEC, its shares would be listed on NYSE Arca, which focuses on trading stocks and options, as opposed to the New York Stock Exchange with mostly large-cap stocks.

But an SEC-approved ETF has now become a holy grail in the nascent space, as not one offering has been greenlit by the agency.

Three proposed bitcoin ETFs were filed earlier this year: one was denied, one withdrew and one is still pending.

In a 112-page order, the SEC rejected Bitwise’s ETF proposal on Oct. 6, noting that crypto markets are still prone to manipulation, while VanEck withdrew its bitcoin ETF application in September, even before the commission was able to render a final decision on its application.

The commission now only has one bitcoin ETF proposal currently sitting before it. That fund was filed by Wilshire Phoenix and NYSE Arca, and should receive a decision by year-end.

In for the long haul

The Kryptoin ETF is now just beginning the process, with the filing of its initial registration. Toussaint said there are two aspects that are crucial to get the SEC’s approval – the information-sharing agreements and a better understanding for the SEC of how these underlying crypto markets work.

“The biggest factor, in my mind, is the information-sharing agreement between the ETFs and underlying exchanges,” he said.

Toussaint’s experience with the first gold ETF is informing their strategy.

Bitcoin has met resistance from the regulators, just as the gold ETF did, he said, in the sense that non-publicly listed securities underlying an ETF structure that requires exchanges, gold and crypto, to be more transparent with their financial pricing, volume and other transaction data.

The firm is also keeping a close eye on maturing bitcoin futures contracts in hopes that the markets would be more resilient to manipulation.

Generally, as the market matures, both in the futures and spot markets, the regulators would be more positive about a bitcoin ETF, Toussaint said, but noted that the process could take a long time.

“This is not another S&P ETF. We are in this [process] for the long haul,” he said. “Of course, we want to get it approved as soon as possible, but the firm is realistic, in terms of its expectations, given the recent comments through the Bitwise Bitcoin ETF order.”

Beside the underlying bitcoin asset, the SEC is generally cautious about volatility, in general.

“The challenge of launching a bitcoin ETF comes full circle in trying to have regulators be comfortable enough with it to approve it for investment by that wider investor base. This was a huge hurdle for leveraged and inverse ETFs, but issuers overcame that eventually, and it’s just a matter of time before they overcome this one.”

While declining to disclose further details of the firm’s legal process with the SEC, Kryptoin CEO Donnie Kim said advances in other regulatory areas are positive for their case.

“The CFTC’s approvals for bitcoin and tether to be traded on the futures markets is a good sign for us to launch the bitcoin ETF,” Kim said, referring to the once equally elusive process at the Commodity and Futures Trading Commission.

Kyryptoin’s application was prepared with representation from lawyers Thompson Hine, in Washington, D.C.