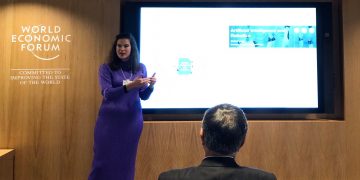 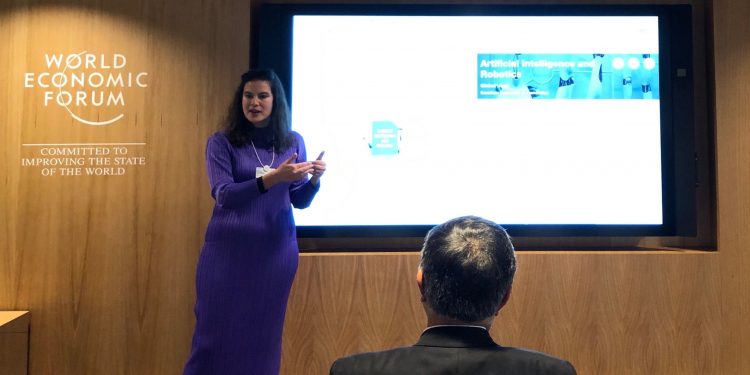 DAVOS, Switzerland – Consensus is building on one issue at the World Economic Forum in Switzerland: Cash is dead.

“Physical money is out,” said B.S. Kohli, an economic advisor to the head of the Indian state of Punjab. Mothanna Gharaibeh, Jordan’s minister of digital economy and entrepreneurship, agreed.

As of this year, Gharaibeh said, Jordanians can no longer pay for government services, from taxes to hospital bills, with cash. They must use electronic payment systems like bank transfers or mobile wallets.

“It’s going to be a tough transformation,” he said, referring to the nation’s poor and unbanked populations. “But refugees can take mobile wallets using their UN Refugee Agency ID cards. … We just need to stop printing [bills] and put it instead on mobile accounts or in bank accounts.”

“Because we need to stop tax evasion,” he said.

“Money is going in the direction of more and more trust,” he said. “Bitcoin is based on mistrust. It’s basically a return to gold.”

On the other hand, Harari predicted the complete elimination of financial privacy could happen “very quickly,” which he described as a “dangerous” prospect.

Ask almost any economist, banker or politician at the WEF about financial privacy and they’ll scoff. With shockingly few exceptions, most will say more financial data collection and passive surveillance will benefit society. (When pressed, they might emphasize the importance of encryption and regulating access to the data.)

RegTech expert Diana Paredes, an investment banker turned CEO of the compliance startup Suade, agreed the sentiment among her public- and private-sector clients is “cash is dead.” However, she added, it’s the job of policymakers to protect consumer interests.

“What we should be doing is regulating privacy around [electronic payments],” she said. “I want to own my data. It should belong to me, not the bank.”

Fear not, bitcoiners: Not all members of the Davos elite are sinisterly pushing for e-fiat authoritarianism; some leaders here see a future where bitcoin continues to thrive.

“Bitcoin is a fantastic idea, as long as it is monitored,” Kohli said, praising the compliance standards already upheld by bitcoin-friendly Swiss banks.

He said decentralized digital assets will have a role to play in the future of France, as long as organizations like the crypto custody startup Ledger and the bitcoin development startup ACINQ continue to pay taxes and uphold regular compliance standards.

“We don’t want digital companies issuing their own currencies like sovereign states,” he said, making a subtle dig at Facebook’s Libra. “But we believe [bitcoin] can reduce the costs and delays of international payments. … We strongly believe in fintech.”

Likewise, Mariam Al Muhairi of the state-backed Dubai Future Foundation says her team will spend 2020 exploring how to support companies that want to use digital assets.

“It’s to help regulate that area,” she said, emphasizing they are still in the research phase. “There are entities that do own and use [cryptocurrency].”

Paredes added the best way to protect bitcoin’s usability is to educate regulators about specific use cases, so they can make laws and compliance standards without jeopardizing projects of value.

The divide between cypherpunks and banks grows ever more narrow when experts drill down to the specifics.

Most crypto veterans at the WEF were just as enthusiastic about central bank digital currencies (CBDC) as the bankers themselves.

For example, Elizabeth Rossiello, CEO of Aza Financial (formerly known by the name of its retail product, BitPesa), said she’s “really excited” about the People’s Bank of China issuing a CBDC. She sees this as yet another customer onramp that complements the fact bitcoin makes up 7 percent of her company’s monthly volume.

MakerDAO Foundation CEO Rune Christensen agrees: “Generally I think it’s really good for the trend of digitizing the economy,” he said of the CBDC trend. “It’s just a step toward more blockchain adoption.” His project’s DAI stablecoin, he told CoinDesk, could one day be the liquidity backbone for the world’s CBDCs.

Meanwhile, Cloudflare CTO John Graham-Cumming said his internet infrastructure company generally takes a proactive approach to promoting censorship-resistance, even as his team supports clients such as banks and similar institutions in the public sector.

“What goes over our network isn’t really our business. And we don’t think it’s our job to figure that out because that would be kind of creepy,” he said, adding the company runs gateways to both ethereum and the InterPlanetary File System (IFPS).

From Graham-Cumming’s perspective, bitcoin is an impressive experiment because it actually works and continues to work, regardless of political and technical challenges. Yet Cloudflare is more focused on ethereum.

“When you look at the smart contract stuff, that’s a programming language. We think someone is going to build something interesting with ethereum and we hope they’ll find our services useful,” he said. “As people start to work with new organizations for financial transactions, they need to ask how that organization is thinking about security. … We’re all resting on top of something else.”

The only way to protect privacy in a world of digital cash, he said, is with a combination of good regulatory policies and standard “best practices” that promote security throughout the ecosystem’s architecture.

“The idea of Web3 is that you should be resilient,” he concluded.