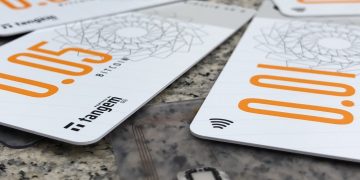 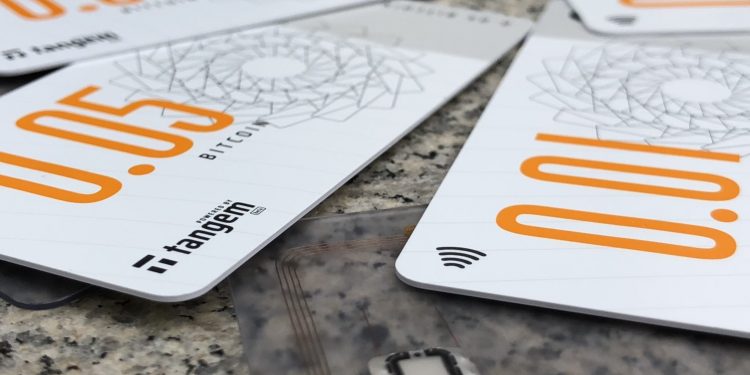 Tangem describes its crypto storage product as a “smart banknote for digital assets.” Designed to be used like a bank card, the product allows off-chain physical transactions to be used, for example, for in-store payments, once cryptos have been loaded onto the device via an NFC-enabled smartphone.

The startup announced the SBI investment Monday, saying that it would help it expand its technology to other areas such as stablecoins, initial coin offerings (ICOs), tokenized asset offerings, digital identity and more.

The news was confirmed by SBI in a separate statement. While it did not disclose an amount, the firm said the funding was made available through its wholly-owned subsidiary SBI Crypto Investment, which invests in digital assets ventures.

SBI said it had invested in Tangem because its “inexpensive” and “robust” wallet product could help boost demand for crypto assets, as well as its own products.

“The Tangem hardware wallet, which is highly secure and affordable, is an important tool to promote mass adoption of digital assets and blockchain,” said Yoshitaka Kitao, representative director, president & CEO of SBI Holdings. “We believe utilizing Tangem will help stimulate the demand for other blockchain services provided by SBI.”

Hardware wallets are an increasingly popular solution for storage of cryptocurrencies as numerous online exchanges have experienced notable hacks. Japan alone lost a massive 60.503 billion yen (around $540 million) worth of cryptocurrency in the first six months of 2018, according to a report from country’s National Police Agency (NPA). Another report indicates that, worldwide, over $880 million have been lost to cyberattacks in the last 18 months.