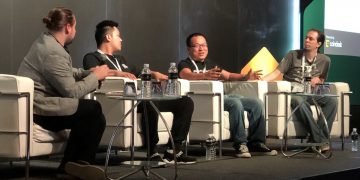 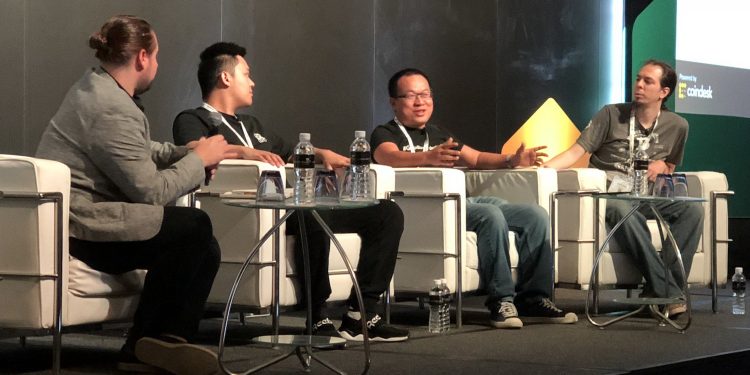 Cryptocurrency forks are likely to slow down considerably in the future, leaders of several major projects, all of which were formed by forks, said at CoinDesk’s Consensus Singapore event today.

On a morning panel, Amaury Sechet, the lead developer behind Bitcoin ABC, the most widely used bitcoin cash software implementation, noted that the industry has already seen a slowdown in forks since 2017. Over 50 percent of nodes running the bitcoin cash software, created in 2017 from a fork of bitcoin, now run Bitcoin ABC to connect to the network.

Sechet argued that each time when a cryptocurrency fork happens, it leads to the loss of the network effect in the original blockchain, reducing the ability to create future value.

“You can only do that a certain amount of times,” he said, adding that a majority of future crypto forks will eventually become meaningless.

In this way, he put forth the argument that the value of the fork is derived from the strength of the disagreement that sparks the fork, leading a project down competing paths.

“I think there may be many, many forks in the future, but 99 percent of them will become worthless eventually,” he noted. “The bitcoin communities had many arguments before about forks, but not many people really give anything because every one just kept fighting with each other.”

Further, he said he believes it’s unlikely bitcoin cash will fork in the near future, arguing that participants in the project’s open-source community remain aligned on overall objectives, if recently they have diverged on specifics.

“I think it’s unlikely bitcoin cash will fork into something else,” he said.

“If there’s no conflict, there’s no fork, because you need to get supporters,” Liao said.

CoinDesk reported last year that Liao initiated the idea of creating Bitcoin Gold, a crypto asset that was forked off the bitcoin network in an effort to replace bitcoin mining via ASIC miners with GPU chips.

It came just months after the bitcoin cash fork, championed by mining pools and bitcoin mining giant Bitmain as a way to boost the block size of the bitcoin blockchain network for handling more transactions.

James Wo, who heads the ETC Labs, which focuses on building ecosystem for ethereum classic, also weighed in saying that the fundamental value of cryptocurrency forks comes from the string of disagreements from the community, adding:

“The fork only happens when there’s really a huge diverge in a community.”

Ethereum Classic is the cryptocurrency the continues to run the original ethereum code, after the projects main developers forked the code in 2016.

Asked about how they see the competition between crypto forks and the original network, the panelists indicated the competition certainly exists to some degree, though they compete for different businesses and user segments.

Wo, for instance, said there’s competition between ethereum classic and ethereum “for sure,” but that they co-exist to suit different user demands, such as ETC for those who look for cheaper transaction fees while ETH for those who demand more diverse services.

Commenting on such competition, Liao said much of the attacks among the bitcoin communities also derive from their marketing and public relation strategies, referring to bitcoin cash’s self-branding as the true bitcoin.

Sechet said that it’s true to some extent that forks compete with each other but reinstated that the goal of what bitcoin and bitcoin cash are trying to reach do vary.

“The goal that the two project want to build is different and the target audience is not quite the same.”