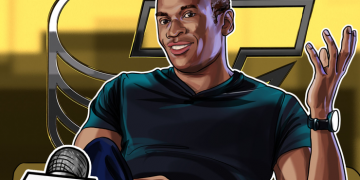 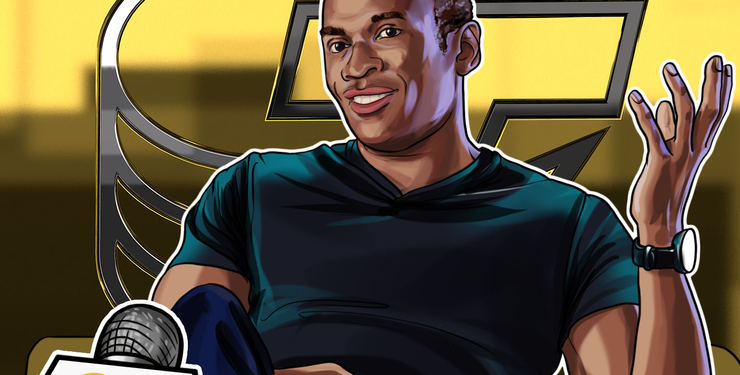 At the Tangle in Taipei on July 3, American economist and crypto sceptic Nouriel Roubini (aka “Dr. Doom”) and BitMEX CEO and co-founder Arthur Hayes didn’t agree on anything except that “Facebook’s Libra is not cryptocurrency.” One of the reasons on that is, while Roubini took for granted that the success of Bitcoin should be measured by its transaction speed only, Hayes argued that there was a different measurement. Roubini continued to criticize Bitcoin based on his assumption and said, as he has often pointed out, “this conference is not even accepting Bitcoin.” But for Hayes, that is not the only use case.

For Hayes, the success of Bitcoin hinges on whether or not it can protect financial privacy, especially when cash — the most anonymous means of payment — disappears from society. So, it is no wonder why the two could not reach any agreement on Bitcoin. It may be worth noting that Andrew Neil, a veteran journalist who hosted the debate, also seemed to underestimate the importance of Hayes’ point, as he called the market for financial privacy a niche.

A day before the Tangle at the Asia Blockchain Summit 2019, Hayes explained to Cointelegraph the importance of financial privacy in detail and predicted that anonymous features would be added to Bitcoin through a hard fork.

Arthur Hayes: Society obviously values privacy. That is why some people like to use cash. They don’t want governments, families or someone else to know what they are buying. If you are merchants, you may want to offer services that might not be allowed, you want a way to transact values that are not censored. Especially, politically exposed groups want to fund themselves.

In China, WeChat Pay or any other systems are being rolled out . If everyone is in the same network, all financial transactions are completely transparent, and people can remove you from that financial system for any arbitrary reason that they decide on.

That is why I think financial privacy from a societal point of view is very important, and as people start becoming concerned about data leakages, different financial institutions being hacked, losing customer data or being negligent about the way they secure digital properties, people now understand that data is important, the security of data is important — it is something about their lives to keep to themselves.

HO: How do people realize the importance of financial privacy? Is it going to be a gradual process or a sudden wake-up call?

You will start seeing things people like to do in their privacy or their home, those freedoms curtailed by the wishes of bureaucrats. At that point, they are going to start searching for how they can protect their privacy.

HO: “Financial privacy” sounds like Western philosophy to me. I am not sure if people in Asia, for example, take it seriously.

AH: I would argue that it is not. You look at many countries in Asia. Because of the instability of governments and high inflations, most wealthy families change their own properties into gold and hide it from people.

I think the Western societies trust the government far more than any people in the Asia pacific region, where there has been a real history of trying to safeguard properties from ever-changing tides of which governments or which systems of governments are in power.

I think people in the West trust governments — at least in the United States, where I am from. American people trust that America is a great place. They believe, “They are not gonna screw me.” Look at India, China, and the consumption of gold. Ownership percentage is far above we would see in America or Western Europe.

I think, in general, demands for Bitcoin and cryptos come from Asia. If you think about many countries where there is instability banking system or is not fully functioning, a very small percentage of people have access to financial services. So, being able to log onto your phones anytime of your day and go onto an exchange, you are not being screwed by a broker or somebody else seeing exactly what is going on. And being able to trade freely Bitcoin or other cryptos is extremely appealing.

If you look at the U.S. or Europe, they are used to trading on very regulated stock exchanges. There are all different types of financial products available that are heavily banked. The value proposition is just not there. That is why greater adoption and different types of companies are coming to the market here in Asia.

AH: I think Bitcoin is the most promising to adopt. It has electronic cash-like features. It has such a large user base, large base of developers and organizations building on top of the network.

But I think Bitcoin, right now, is not financially private. Actually, it is very bad because of the nature of blockchain. One of the reasons why lots of financial institutions don’t take Bitcoin or accept Bitcoin is that they can’t cover their ass.

When you walk into the bank with millions of U.S. dollars in cash, the banks have to do Know Your Customer (KYC) checks on you. With Bitcoin, because its entire history of that money can be seen in public, if someone or some entity that is not permissioned by the government touches that money, that bank or financial institutions can possibly be liable because there is actually information for them to assess that.

If you want to break Bitcoin, all you have to do is to start telling financial service institutions that they cannot deal with certain addresses. At a certain point, when one Bitcoin is not equal to another Bitcoin and not fungible across the world, then the entire protocol will be worthless.

So, I think financial privacy, in terms of Bitcoin, is far from perfect. And Bitcoin will be under attack by malicious governments and other agencies. If they want to stymie the growth of Bitcoin, all they have to do is to start banning addresses. Once you start doing that, you destroy it. So, for Bitcoin to succeed, it is going to be a long run. I think it has to have complete and total anonymity.

HO: Who would ban Bitcoin addresses?

AH: I think what is really dangerous is the organization called the Office of Foreign Assets Control (OFAC) in the United States. Put one or two Bitcoin addresses on the list of banned individuals or organizations — whatever you want to call it — and any funds held in those particular addresses cannot be touched. So, theoretically speaking, you have now removed certain Bitcoin circulations because exchanges and organizations that are publicly dealing with Bitcoin have to now abide by these rules or go to jail, or whatever. So, automatically, now you basically start to destroy the fungibility of Bitcoin.

You can’t do the same thing with the U.S. dollar. The U.S. government can’t just say “Oh, this particular U.S. dollar,” because they can’t prove that it has been touched by certain groups. That is why my cash is great for my financial privacy and why governments want to get rid of it.

HO: How will Bitcoin solve the problem of fungibility then?

AH: It is a great testing ground for all these anonymous coins that prove what is actually really anonymous. And from my opinion, if Bitcoin really succeeds and takes it into the next level, those anonymity features need to be added via a hard fork of Bitcoin.

I am not smart enough to know if the cryptography is sound. Maybe we can think of Monero, Zcash, Dash — there are all these different coins, but over time, one of them will prove successful. And as the fungibility of Bitcoin erodes and more and more Bitcoin gets pulled out of circularization because of the addresses that are touched in the past, people will realize that Bitcoin will be slowly being killed, and the only way to liberate it is to do a hard fork and become a truly anonymous Bitcoin.

The interview has been edited and condensed.