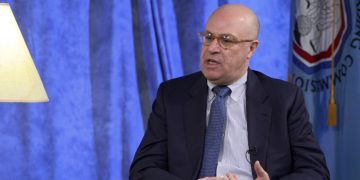 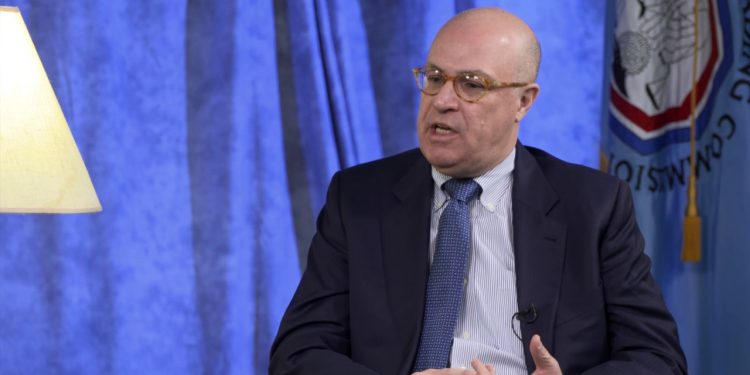 Two former heads of the Commodity Futures Trading Commission (CFTC) are offering up a plan for a government-sanctioned, blockchain-based digital dollar.

In an op-ed for the Wall Street Journal published Oct. 15, J. Christopher Giancarlo, former CFTC chair, and Daniel Gorfine, former director of LabCFTC, the watchdog’s experimental initiative, proposed a blockchain protocol to digitize cash To allow the dollar to compete “in the new digital era.”

Their USD-backed stablecoin is envisioned for daily transactions both domestically and abroad.

Created and administered by a non-governmental group, the program would be dependent on participation from the Federal Reserve, commercial banks, nonbank intermediaries, technology companies and social-media platforms.

Though reliant on “trusted, regulated intermediaries to maintain digital wallets and validate transactions,” this distributed ledger payment system would hold advantages over the current monetary system.

In particular, Giancarlo and Gorfine highlighted the higher transaction speeds, the ability to make micropayments, as well as increased security and transparency enabled by cryptocurrencies.

Beginning with a pilot, Giancarlo and Gorfine recognize that “no perfect solution exists to address the challenges and promises of digital currency, nor can anyone predict all the technological advances these efforts will generate.”

At the practical level, cash exchanged for these digital units could be escrowed by the Fed. They also point to the possibility of having multiple competing wallet providers.

Giancarlo and Gorfine warned that ongoing experimentation with cryptocurrencies by central banks and corporate actors could “erode the dollar’s status as the most popular currency for international exchange.”

According to the ex-regulators, the risks of letting the greenback lose monetary supremacy are systematic. Price stability, efforts to combat illicit finance and the global appetite for U.S. government debt would all falter.

Gorfine left LabCFTC in August after spearheading the upstart agency to found Gattaca Horizons, a consultancy group for fintech firms.

Following a five-year stint at the CFTC, where he took a “do no harm” stance towards blockchain oversight, Giancarlo joined as an advisor to the Chamber of Digital Commerce, a trade group focused on blockchain and crypto policy in the U.S., last month.