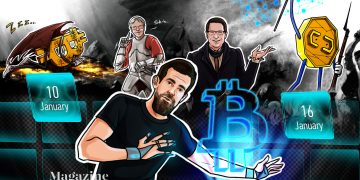 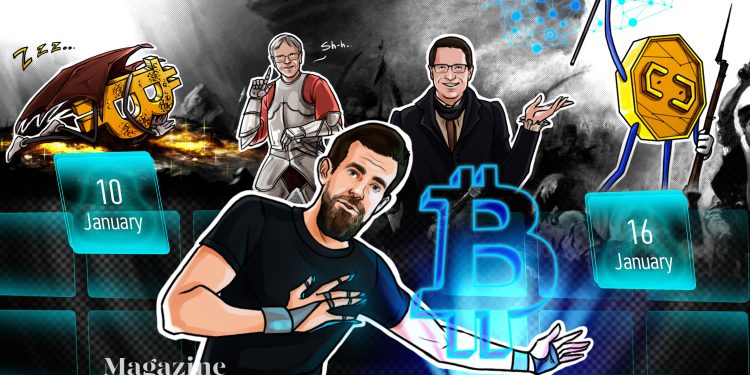 Scream if you want to go faster. The crypto markets have been a rollercoaster ride this week — with Bitcoin’s price falling by more than $10,000 to lows of $30,549.60 on Monday.

Analysts maintained that the correction was “healthy and necessary,” with the sharp sell-offs prompting the total crypto market cap to fall by more than $200 billion.

ExoAlpha CIO David Lifchitz said the crash “would purge the excessive growth of the past 10 days, allowing Bitcoin to build a new base toward $50,000 and above.”

And indeed, Bitcoin refused to die. Just three days after the sudden downturn, BTC reached $40,000 on Coinbase once again, amid fresh evidence of new large buys on exchanges. Tyler Winklevoss had a clear message: “Don’t listen to the noise, stay focused.”

Alas, it seems like $40,000 is now shaping up to be a tough nut to crack. Despite Joe Biden unveiling an eye-watering stimulus package worth $1.9 trillion, there was not a surge to be seen in Bitcoin’s price. Indeed, BTC actually fell under $35,000 at one point.

An email sent out by eToro suggests that the exchange is struggling to keep up with users who are clamoring to snap up Bitcoin.

In a message to customers, it warned that “unprecedented demand for crypto coupled with limited liquidity” meant limits on crypto buy orders may need to be enforced over the weekend.

It seems the company has been a victim of its own success. The email came a day after eToro marketing manager Brad Michelson revealed that 380,000 users had opened accounts in the first 11 days of January — with crypto trading volumes running 25 times higher than they were last year.

Quantum Economics founder Mati Greenspan — formerly a market analyst for eToro — told Cointelegraph that the warning notice was “a symptom of a potential upcoming liquidity crunch” and advised users against trying to move funds off the platform.

There have been some big movers as the crypto market rally resumes and Polkadot’s DOT token is among them.

DOT has flipped Ripple’s XRP in terms of market capitalization following a massive gain of 29% over the past 24 hours. This makes it the new fourth-largest cryptocurrency, with a market cap of $15.6 billion at the time of writing. Over the past week, DOT has surged by an impressive 83.26%.

Polkadot is a fully interoperable platform that allows other blockchains to connect to the network, and it has been described as an “Ethereum killer” because of how it can process thousands of transactions per second.

The most recent update, which may be driving momentum, was the launch of its Rococo parachain testnet, which went live in late December.

Other factors driving momentum include the issues with DeFi on Ethereum as demand for scaling intensifies.

Two gut-wrenching stories emerged this week — both with a similar theme.

One man told The New York Times that he has forgotten the password to a hard drive holding 7,002 BTC — a crypto haul that’s worth a jaw-dropping $262 million at the time of writing.

Stefan Thomas has just 10 guesses before the hard drive is encrypted forever… and so far, he has used eight of these attempts to no avail.

Meanwhile, on the other side of the Atlantic, a Welshman is offering the city of Newport a staggering $72 million for help in tracking down a hard drive storing 7,500 BTC. There’s just one problem: It was thrown away several years ago and is languishing in a landfill. Unfortunately for James Howells, the council has said it isn’t prepared to help over concerns that the search would be damaging for the environment. That means he’s going to miss out on a $280-million fortune.

Thankfully, it isn’t all bad news. A student has claimed that they have found private keys that they accidentally Hodled as early as 2011, unlocking $4 million in the process.

The president of the European Central Bank has doubled down on calls for Bitcoin to be regulated globally.

Speaking at the Reuters Next conference, Christine Lagarde said: “[Bitcoin] is a highly speculative asset, which has conducted some funny business and some interesting and totally reprehensible money laundering activity.”

During the interview, Lagarde did not reportedly refer to any specific instances of money laundering involving Bitcoin but alluded to her awareness of criminal investigations into illegal activities connected with its use.

She told reporters: “There has to be regulation. This has to be applied and agreed upon […] at a global level because if there is an escape that escape will be used.”

“They said #Bitcoin died on Monday, but now it’s above 37k. Don’t listen to the noise, stay focused.”

“Did nocoiners really think #Bitcoin wouldn’t bounce back? This is the year of the Metal Bull. $100k is inevitable.”

“This whole idea of being your own bank — let me put it this way: Do you make your own shoes? The reason we have banks is that we don’t want to deal with all those things that banks do.”

“The unprecedented demand for crypto, coupled with limited liquidity, presents challenges to our ability to support BUY orders over the weekend.”

“[Bitcoin] is a highly speculative asset, which has conducted some funny business and some interesting and totally reprehensible money laundering activity.”

Dan Morehead has maintained his bullish prediction for 2021, with the Pantera Capital CEO claiming that Bitcoin is on track to have surged 800% by August and hit $115,000.

Setting out why Bitcoin has plenty of room for growth, he added: “Is Bitcoin overvalued? I would say no. […] Bitcoin has spent three years well below its long-term compound annual growth trend line, it’s still below it, and although Bitcoin has rallied a great deal over the last six months, I think it is fairly valued.”

A veteran financial advisor has called on the British government to ban crypto transactions.

He argued that digital assets have no intrinsic value, adding they can have a “destabilizing influence on society, and are often used for criminal activity.”

In an interview with Professional Adviser, Liversidge urged retail investors to cash out immediately, adding: “If the UK government takes a lead by banning transactions on cryptos as my petition requests, that will set off a chain reaction, crashing cryptos overnight.”

Liversidge needs 10,000 signatures for a response from the government. At the time of writing, he’s got just 112.

Ledger users are receiving threatening emails in the wake of the hardware wallet manufacturer reporting that 20,000 more of its customers have been affected by another massive data breach.

One Reddit user said his father, who owns a Ledger wallet, received a message including his name, home address and phone number. The extortionist demanded 0.3 BTC or 10 ETH, worth roughly $12,000, or he would face physical violence.

The Redditor wrote: “I know that those scammers sending emails by hundreds are just trying their luck by creating fear, but when it comes to the safety of your family it’s another story.”

In another email, the scammer wrote: “Are you able to imagine all the possible consequences that can occur to you and your loved ones? I hope you do not ruin every little thing for yourself by making the wrong choice.”

Stephen Colbert, the charismatic host of CBS’ The Late Show, isn’t holding back his punches or his jokes when it comes to Bitcoin.

He referenced a recent Vice report that revealed how hackers had taken control of internet-connected chastity cages — devices worn by men to prevent them from engaging in any sort of sexual activity — and demanded Bitcoin to unlock them.

With a wry smile, he said: “Getting paid in Bitcoin? That’s the second stupidest idea I’ve heard.”

Bitcoin has become nothing but the new Che Guevara T-shirt

Cassio Gusson argues Bitcoin promised to create a new normal in finance, but it turned out to be nothing but the old normal with a new face.

In this article by Benjamin Pirus, experts weigh in on the main events from 2020 that impacted Bitcoin’s price the most.

Bitcoin market volatility is scaring off new institutional investors, but meanwhile, old ones continue to buy up the BTC dips. Here’s Shiraz Jagati.