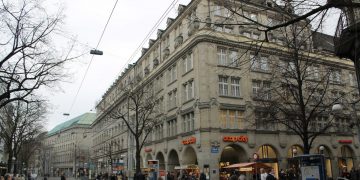 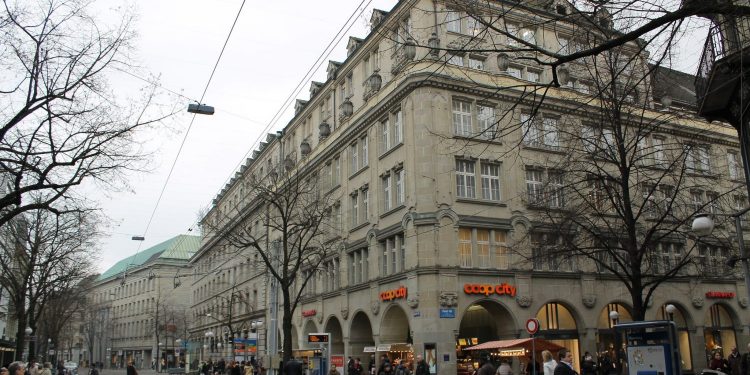 The new owner of the Chrysler Building is selling a property worth $135 million to a blockchain real-estate company, taking a fifth of the purchase price in tokenized securities.

New York-based RFR Holdings, which purchased the Chrysler Building in a joint agreement in March 2019, agreed to sell its majority stake in a commercial property in Zurich to BrickMark, a Switzerland-based real estate agency.

Announced Wednesday, BrickMark said roughly 20 percent of the purchase price will be paid in the firm’s BMT security token.

The deal gives BrickMark 80 percent of the building, with the option to purchase RFR’s remaining share until September. The purchase price has not been disclosed, but the value of the token share is believed to be in the tens of millions of euros.

According to BrickMark CEO Stephan Rind, it is the largest-ever real estate deal involving digital tokens. “There has never been a token-based real estate transaction of this magnitude. We are implementing what was once no more than a concept in the real estate industry,” he said.

The property is situated on the downtown street of Bahnhofstrasse (pictured), where rent per square meter is commonly between $13,000 to $15,000 a year, making it one of the most expensive shopping districts in the world. In 2014, Swatch Group purchased a nearby property for a reported $409 million.

One of the largest real estate purchases to involve cryptocurrency was the sale of a mansion just outside of San Francisco to a Chinse millionaire for 500 bitcoin, approximately $4 million at the April 2018 exchange rate.

BrickMark’s ethereum-based tokens are hybrid digital securities – tokenized perpetual bonds that will be backed by property in the BrickMark portfolio (for now, just this one building). BMT’s price represents the property’s net asset value performance, but tokens do not confer voting rights to holders.

Under the deal, RFR will lead redevelopment plans to expand the Zurich property’s rentable space sixfold, increasing annual revenue and, therefore, the value of the token.

With the Bahnhofstrasse deal completed, BrickMark plans to expand its portfolio. The firm plans to finalize a financing round worth €50 million ($55.7 million) and begin acquiring other high-value commercial properties in Europe and North America. More tokens will be issued in line with new real estate acquisitions, enabling more investors to participate without diluting those held by existing holders.

Currently, there are only a handful of entities holding BMT tokens. Although restricted for the time being to qualified investors, there are plans under evaluation that would allow BrickMark to offer BMT tokens to retail investors through a European-regulated security token offering (STO).

“Only 3 percent [of investable real estate] is available for investors through public listed real estate companies or real estate-backed bonds or funds structures,” Rind said in a call Wednesday, highlighting that only a 5-percent fraction is ever traded on an annual basis. “We think digital securities and tokens are able to unlock these tremendous values and also give people, on a worldwide basis, access to properties that have [to now] been privileged.”

Other entities have also recognized the disruptive potential for blockchain in real estate. The tZERO security token platform and the Tezos Foundation signed an agreement to tokenize $643 million of U.K. real estate back in October 2019. Another real estate startup, known as AssetBlock, launched a commercial property trading platform on the Algorand blockchain in September.

That said, previous initiatives have failed to meet the high expectation. One high-profile venture between technology startup Fluidity and broker-dealer Propellr was quietly shelved last summer because “it didn’t have sufficient institutional appetite.”

Discussing the Bahnhofstrasse deal, Dr Alexander Koblischek, managing director of RFR Germany, said: “We gladly accepted the Brickmark tokens as part of the purchase price. We assume that digital financial instruments will also significantly gain in importance in the real estate sector in the future.”

“The current transaction may have an icebreaker function for the sector in terms of its volume and institutional character,” Koblischek said.