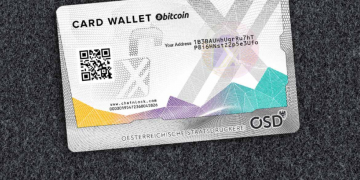 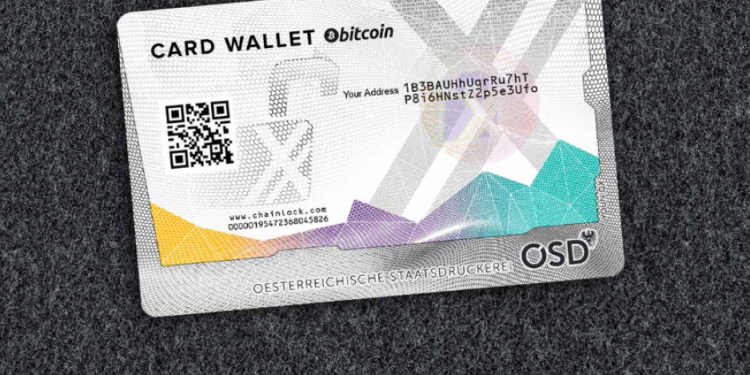 An Austrian printing company that has history going back to the early 1800s has launched a cryptocurrency storage device.

The new hardware wallet comes from YOUNIQX Identity, a subsidiary of the Vienna-based Austrian State Printing House (Oesterreichische Staatsdruckerei or OeSD) – a secure printing firm which is now the country’s high-tech passport maker and provider of other secure identity solutions.

Called Chainlock, the device is aimed to address the vulnerability of of “hot” or online wallets to hacking, which OeSD said in an announcement Monday “are a great security risk.”

The “100-percent offline” wallet offers private key generation in a (patent applied for) high-security enclave that OeSD said means the keys cannot be viewed by any outside party – even YOUNIQX or OeSD employees.

While the wallet can be managed via an app, it is secure from unauthorised access to private keys over the internet, WiFi and NFC, the firm claims. Further, crypto-stealing malware like CryptoLocker cannot access keys on the device.

Chainlock takes the form of a credit-card sized sliver of plastic that the firm said is resistant to water and heat.

Should blockchain-based tokens on the wallet be forked, owners of the card will benefit from the creation of new coins, it added.

While OeSD was traditionally a high tech paper printer, it has more recently moved into more high-tech identity and security offerings, some of which YOUNIQX was set up to develop. The innovation arm has already launched MICK (My Identity Check), a secure video identification service and MIA (My Identity App), an integrated identity management platform.

Available via Coinfinity, some of the Chainlock wallets anti-fraud features are akin to those found on newer forms of passports or fiat currency, with micro-printing on both sides, hologram, a continuous colour gradient, tactile texturing and UV and infrared- visible patterns.

Priced at €59.99 ($67) including VAT, the Chainlock wallet currently supports bitcoin only.