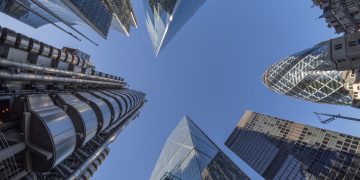 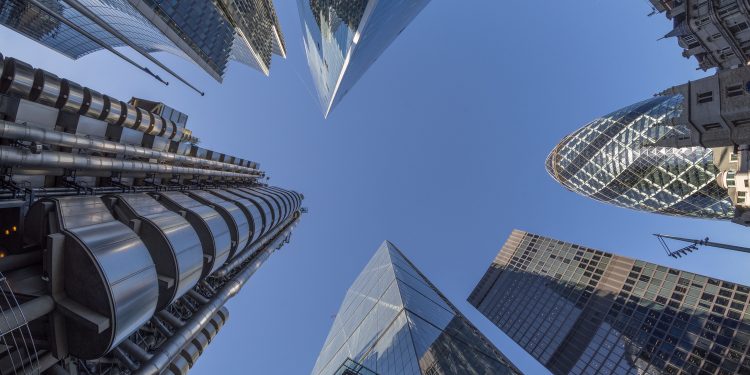 An insurance company saying it hopes to pay a sizable claim sounds like a turkey looking forward to Christmas.

But that’s exactly what James Croome, fine art and specie underwriter at Arch Insurance International, says he wants his firm to do. Just to show that it can.

Arch is one of the few underwriters willing to insure cryptocurrency exchanges and custodians against the theft or loss of customer funds. London-based Arch Insurance International, which works with a number of big-name brokers offering crypto cover, is yet to pay out for any losses in this relatively new market.

If someone does manage to pull off a heist of cryptographic keys kept offline in cold storage, Arch will get a chance to demonstrate it’s good for the money, said Croome, who works out of London.

“I would like there to be a containable, but sizable loss,” he said. “Because that would give evidence to our potential clients as to the service we can provide, the speed at which we will pay the claims, and remind people who have bought coverage that it does work appropriately.”

Insurers have years of experience in covering specialized assets in the traditional world, whether that’s fine art or the regulatory requirements to protect financial services firms. But they feel less secure with crypto, because there is a shortage of data for firms to model policy rates from.

Released back in September, Blue Vault, which is solely owned by Arch, provides limits of up to $150 million and covers the loss of digital assets due to internal and external theft (via direct access to the storage media as opposed to remote hacking attacks) and including employee collusion. Blue Vault also covers physical damage or destruction of private keys from fires, floods, earthquakes and other catastrophic events.

Ankur Kacker, vice president and specie expert on Marsh’s Digital Asset Risk Transfer (DART) team, said: “We have placed four policies for Blue Vault as of now, all in the last seven months.”

Arch chose to work with law firm Norton Rose Fulbright on the crypto policy because it wanted precise policy  wording. Ambiguous language is a pet peeve of Croome’s.

“My biggest annoyance with the specie market is the existence of ambiguous wordings which is why I chose to work with a legal firm with a track record in this space,” he said.

Norton Rose Fulbright has given presentations in New York, Bermuda and to the London Market to help “educate insurance markets and develop set the market and standards for cold storage of these assets,” said Nicholas Berry, a partner at the law firm. The firm also helped Lloyd’s of London with its market guidance on underwriting digital assets.

Norton Rose Fulbright enlisted the help of Peter McBurney, Professor of Computer Science, King’s College London and a consultant with the law firm, to spell out technical aspects of key management and crypto storage and create appropriate policy wording. This is an instance where the London Market has led other international markets, said Berry.

“Going back to 2018, there has been a mismatch between supply in terms of underwriting capacity and demand for those wanting cold storage or even hot crime-type cover. Some of the big brokers have been pushing the supply side to provide more cover in terms of higher limits, wider cover,” he said.

Crypto insurance is widely seen as a prerequisite for greater institutional involvement in the market. But Croome is wary of companies offering insurance policies as a marketing ploy.

“We tend not to look at insureds that are looking for a chicken-egg scenario. They feel they don’t have a current revenue stream but are hoping the existence of insurance will help speed up the point at which assets come into custody and therefore increase their revenue,” he said.

As well as Marsh, Arch has been working with Aon, the number two broker by size. Other brokers known to be exploring crypto include Arthur J Gallagher and Paragon.

But Croome says that for now he is shying away from really broadening out his broker network for crypto.

“I think I will keep to the ones that have shown comprehension of that which we like. They understand that and therefore they can filter out the sort of things we seek to avoid,” said Croome.

Insurance companies like Arch bring in third party specialists to examine physical vault security and do the same to understand and communicate the risks around the storage of crypto. “I wouldn’t consider myself capable of valuing a Dutch master [painting], knowing if it was genuine or a fake.That’s not my job,” said Croome.

Peter McBurney, who divides his time between academia and advising Norton Rose Fulbright’s clients on technology matters, does the equivalent of physical vault checking for the IT system that would create and store the private keys.

McBurney estimates there are still reasonably few policies written in London covering crypto cold storage, and the same in New York, although this number is increasing. “It’s still very early days, it is almost virgin territory.”

McBurney said ultra-high net worth individuals or hedge funds who already have relationships with custodians for storage of fine art or gold bullion are driving the market for crypto insurance.

Lloyd’s of London, the centuries-old insurance market, has realized there are new revenue streams to be had with crypto. Its underwriters have launched the Product Innovation Facility, which spans some 24 markets and has over $100m of capacity. The facility includes a crypto subgroup, where Marsh has a representative.

A spokesman for Lloyd’s said it’s too early for any on-record comment from the crypto subcommittee at this time. Marsh also did not comment on the group’s purview.

The group will likely be looking beyond cold storage to include crime bond markets; E&O (Errors and Omissions) insurance; D&O (Directors and Officers) and a general smorgasbord of potential product offerings to the digital assets world, according to sources close to the Lloyd’s market.

The risk relating to crypto held on exchanges and in wallets connected to the internet is a very different animal from vaulted cold storage.

To deal with losses from third party hacks, most of the large crypto exchanges simply self-insure, holding large amounts of bitcoin locked up for such occasions. Having battled it out in the market for some years, people like Binance chief “CZ” Changpeng Zhao, or Kraken CEO Jesse Powell see insurance for hot wallets as a fundamentally flawed concept.

Arch is not looking to enter the hot wallet space any time soon. However, Croome said he can see ways the crime market could interplay with the specie world.

“We will often take an excess layer, the larger chunk of capacity above the crime policy, to very high exposures but on a much tighter coverage. They will take much broader coverage with much smaller limits,” he said.

Marsh’s Digital Asset Risk Transfer team has clearly been pursuing its own plans regarding a hot wallet product. Quizzed on the subject of hot wallet coverage, Kacker said:

“At this point in time, I don’t want to let the cat out of the bag. But I can say it’s in the pipeline.”