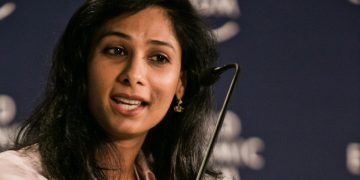 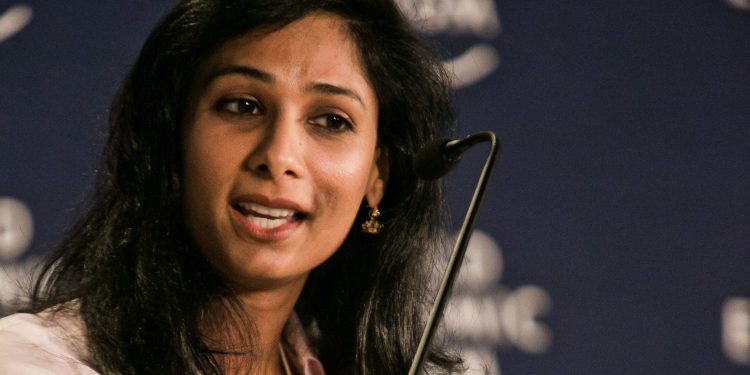 The chief economist at the International Monetary Fund (IMF) has said digital currencies are not about to challenge the U.S. dollar’s pivotal role in global trade.

In an op-ed for the Financial Times on Tuesday, Gita Gopinath, who took over as the IMF’s chief economist in January 2019, wrote that although cryptocurrencies represented “intriguing possibilities,” they lack the infrastructure and global acceptance needed to supplant the dollar as the preeminent global reserve currency.

“Advances in payment technologies do not address fundamental issues of what it takes to be a global reserve currency,” Gopinath wrote. “The dollar’s status is bolstered by the institutions, rule of law, and credible investor protection that the U.S. is seen as providing.”

The idea that digital currencies could directly challenge the greenback’s dominance has been advocated by some leading economic figures. The outgoing governor of the Bank of England, Mark Carney, has previously suggested that a central bank digital currency (CBDC) backed by a basket of reserve currencies – a “synthetic hegemonic currency” (SHC) – could benefit national economies as the process of globalization continues.

But although SHCs could better rebalance global trade, they would have to be accepted globally, according to Gopinath. With many emerging markets, which are gradually making up more and more of global GDP, switching to the greenback, that is unlikely to happen any time soon, she said.

In the past year, central banks have begun publicly talking about launching their own digital currencies. The People’s Bank of China (PBOC) revealed in the summer it was “close” to launching its long-in-development digital yuan as an alternative to private initiatives like Libra, as well as raise the renminbi’s status overseas.

Federal Reserve Chairman Jay Powell said in November that the U.S. central bank was exploring whether a digital dollar would even benefit the U.S. economy. The new chief of the European Central Bank, Christine Lagarde, has also recently said her institution should be “ahead of the curve” when it comes to CBDCs, though it needs to be clear on the objectives of a potential digital euro .

The IMF has previously advocated research into digital currencies. As its previous head, Christine Lagarde said in 2018 central bankers should “seriously” consider issuing CBDCs so as to encourage financial inclusion and improve the privacy of payments.

But the IMF has also advised against premature adoption. In September 2018, it asked officials from the Marshall Islands to reconsider launching a digital currency that would work alongside the U.S. dollar. Unless the country introduced strict anti-money laundering checks, an IMF report said, it could face losing crucial correspondent banking relationships with U.S. banks, losing access to the dollar and effectively cutting the nation out of the global financial system.