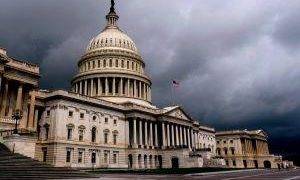 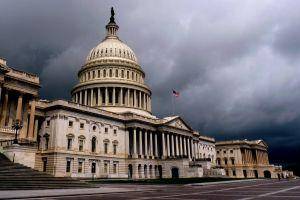 The world of American politics appears to have descended into chaos, and the crypto community may find itself caught in the crossfire, as proof-of-stake (PoS) networks may be threatened at a time when Ethereum (ETH) is transitioning to PoS.

Numerous provisions relating to cryptocurrency players and their taxation are included in a contentious infrastructure bill that is being rushed through the parliamentary system at breakneck speed. As mentioned previously, the majority of these are connected to the legal definition of the term “broker.”

This week, the crypto community in the United States attempted to galvanize support for a bipartisan amendment to the bill introduced by three senators, including crypto-adept Cynthia Lummis. To assist in funding hundreds of billions of dollars in public spending projects, the original bill would have required the crypto mining and trading communities to contribute a whopping USD 28 billion – an enormous sum of money.

When the Internal Revenue Service grants “broker” status to miners and developers, they must provide exhaustive lists of documents and transaction history records to IRS officials before they can pay taxes on their holdings and historical earnings. Among the amendments proposed by Lummis, Senate Finance Committee Chairman Ron Wyden, and Republican Senator Pat Toomey is one that would exempt miners, validators, blockchain developers, and wallet-making developers from being classified as “brokers” and thus from the bill’s provisions.

There has now been an unexpected snag – in the form of a brand new, competing amendment that appears to have the White House’s support.

The amendment was introduced by Senators Rob Portman, Mark Warner, and Kyrsten Sinema. Contrary to expectations, this new amendment proposed a similar exemption to the original – but only for proof-of-work miners, such as Bitcoin (BTC) and Ethereum (ETH) miners (for the time being, at least). For instance, proof-of-stake networks such as Cardano (ADA) and the yet-to-be-launched Ethereum 2.0 would be classified as brokers, while Bitcoin protocol professionals would be exempt.

In some ways, it appeared as though the latest amendment proposal was identical to the previous one, as was quickly pointed out by a number of people.

Furthermore, it appears as though the new amendment will have some powerful supporters. Following the release of the statement from Andrew Bates, the White House Deputy Press Secretary, the White House producer Pat Ward shared it on Twitter.

“The Administration is pleased with the progress that has yielded a compromise sponsored by Senators Warner, Portman and Sinema to advance the bipartisan infrastructure package and clarify the measure to reduce tax evasion in the cryptocurrency market. The Administration believes this provision will strengthen tax compliance in this emerging area of finance and ensure that high-income taxpayers are contributing what they owe under the law.”

Washington Post economics reporter Jeff Stein confirmed the White House “is formally endorsing the Warner-Portman-Sinema crypto amendment” and “is implicitly opposing the Toomey-Wyden-Lummis plan,” according to the newspaper.

Even with a key Senate debate scheduled for tomorrow, the original amendment does not appear to be doing too badly so far in the legislative process.

“We are grateful to Chairman Wyden for his leadership in pushing the Senate to address this issue, however, we believe that the alternative amendment put forward by Senators Warner, Portman, and Sinema strikes the right balance and makes an important step forward in promoting tax compliance.”

“We NEED you. Please call your senators. Please tweet. Please email. We are facing major headwinds on the Wyden-Lummis-Toomey amendment. Burying financial innovation in red tape and sending [developers] and miners on info collection wild goose chases for info they don’t know is horrible policy.”

“The Warner-Portman-Sinema amendment provides a government-sanctioned safe harbor for the most climate-damaging form of crypto tech, called proof-of-work. It would be a mistake for the climate and for innovation to advance this amendment.”

“The Warner-Portman-Sinema bill is disastrous,” said Jerry Brito of Coin Center, a leading supporter of the Wyden, Lummis, and Toomey amendment, because it “only excludes proof-of-work mining” and “does nothing for software [developers].”
If the competing amendment passes, he continued, “this is the United States Congress deciding who wins and who loses.”
Senator Toomey echoed the sentiments expressed by Senator Toomey.

Sarah Shtylman, Counsel at Perkins Coie, a legal expert, stated that the Warner-Portman-Sinema amendment “either demonstrates blatant favoritism or a profound misunderstanding of the technology at issue.”

@bitcoinmom No chance Brook. Bitcoin was designed for this while shitcoins have been using buzzwords to scam the g… https://t.co/80WLawwQfD

@parkeralewis @SenTedCruz If only politics made so much sense.

politics in 2021 is the senate and the white house bickering over the relative merits of blockchain consensus mecha… https://t.co/WhEFeGFj8G

Best part of this Washington deal is the boomers pretending to figure out how to pay for all the stuff.

i am now a single issue voter

One interesting aspect of the crypto regulation battle is that it isn’t divided along partisan lines.

This is not to say a good regulatory regime isn’t important. Obviously it is. And @coincenter and friends are doing… https://t.co/Jj9IJcBx1G

@jchervinsky @iamDCinvestor @econoar Imo the alternative (and far less desireable) amendment, and then the Whitehou… https://t.co/ikjCiITGfZ

We all need to realize this is going to be commonplace for crypto and defi the next 20 years when it comes to regul… https://t.co/4yqS2ZFhhf