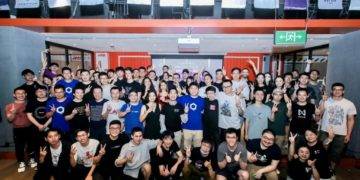 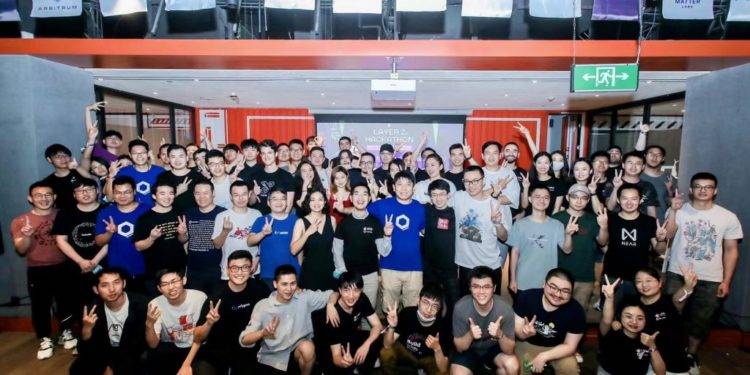 China’s minor COVID flareups have once again dominated the news, as the country seeks to avoid more serious lockdowns than they did the week before.
In spite of the recent regulatory changes, cryptocurrency has managed to stay out of the headlines, which can only be viewed as a positive development.

Much love for the layer-twos

Layer-Two Hackathon Demo Day was held in Shanghai on August 3rd, hosted by IOSG Ventures in partnership with Chainlink.
The event, which was sponsored by major Ethereum projects such as Polygon, Near, The Graph, and Matter Labs, was intended to provide assistance to developers working on scaling solutions for Ethereum.
The winning team, which received cash prizes and mentorship, was working on an asset management project that used Synthetix.
The winners, who went by the name of ObjK, used querying technology from The Graph to pull data from Synthetix, resulting in an automated cross-pool portfolio rebalancing.

China has long been a popular destination for layer-two routers, owing in part to the fact that users are less concerned about custodial risks and centralization.
OKEx officially launched OKExChain last week, which is an EVM-compatible layer-two network that is similar to other large exchanges’ networks that have been released recently.

The success of OKExChain, which amassed over $2 billion in assets in its first week, was evidence of this.
About $350 million of that is spent on AMM CherrySwap, which appears to be based on BSC’s PancakeSwap in a rather liberal manner.
That TVL would be around the 30th most popular DeFi app across all networks, roughly the same size as OlympusDAO on Ethereum and BakerySwap on BSC, according to the data.
KSwap, another AMM platform on the OKExChain, recorded more than $684 million in 24-hour trade volume on Thursday, placing it second only to Uniswap V3 in terms of the busiest dApp in the industry, according to CoinMarketCap.
It is inevitable that the applications and network will face a challenge in order to maintain these early numbers after the generous annual percentage yields (APYs) have been reduced to more sustainable levels.

Despite a decline in DEX trading volume on both BSC and the Huobi Eco Chain, BSC recently experienced an explosion in activity around CryptoBlades, a non-transactional game that accounted for more than three times the transaction volume of the entire Huobi Eco Chain on a single day last week.

To be competitive with other layer-two networks, chains such as Huobi ECO or OKExChain must find a way to attract unique app developers into their ecosystems rather than relying on ports or forks from other networks, as has been demonstrated in the past.
As Axie Infinity has demonstrated, any blockchain network can become overburdened with transactions and users if the appropriate application is deployed on top of the network.

The majority of this is related to the infamous PlusToken ponzi scheme, which occurred in late 2019 and was exposed.
It has been more than a year since then and the number of addresses involved in scams and illegal activity has decreased dramatically, indicating that Chinese authorities are having some effect on consumer protections.

As evidenced by an article from a People’s Bank of China working conference last week, in which the digital currency crackdown was mentioned in a list of 2021 efforts to date, regulators appear to be taking satisfaction in their victories.

This is not the first time that Chinese regulators have taken a dim view of crypto companies in recent months.
Chinese technology stocks, including those in the online education, delivery, and video gaming industries, have been wiped out by hundreds of billions of dollars in the last week.

Tencent, which owns stakes in a number of major game publishers, has seen its stock price plummet by more than 17 percent just this month.
Although this was the case, the company did not back down from announcing this week that it would release an NFT trading platform known as “Magic Core” in the near future.
The artwork for the NFT platform, which is designed by one of several teams within Tencent that are developing NFT-related services, is reportedly available for release by third parties on the platform.
Because of China’s stringent regulatory policies, the vast majority of new financial technologies (NFTs) introduced by major internet companies are based on private chains or consortium chain technology.
In late June, Alibaba also launched a platform for Near Field Communication (NFC).

Four main central banks’ Bitcoin myths in 2021 have been debunked.

Four main central banks' Bitcoin myths in 2021 have been debunked.