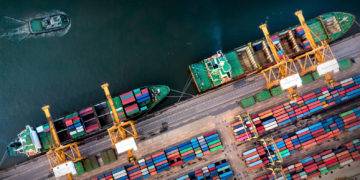 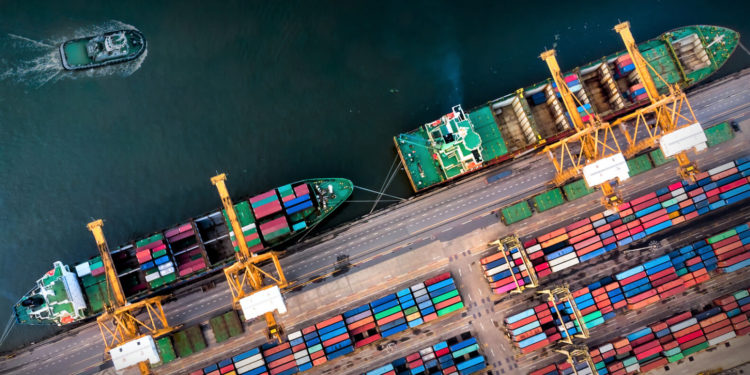 The cryptocurrency market has enjoyed one of its best years on record, owing largely to the global macroeconomic environment. With inflation increasing and interest rates historically low, those of us fortunate enough to have savings sought a more profitable place to store them than a bank account.

Simultaneously, institutional investors have been compelled by the same fundamental motivations to convert portions of their portfolios to cryptoassets, which is another significant reason why we saw numerous all-time highs in 2021. However, economists and analysts predict that inflationary fears will subside as the global economy stabilizes in 2022.

Additionally, analysts anticipate rising interest rates at some point next year, which may dampen investor appetite for more speculative assets such as bitcoin (BTC) and other cryptoassets – at least temporarily. However, some analysts believe that rate increases will be modest, and that the broader appetite for crypto will be only marginally impacted.

Dollars (and euros, pounds, and so on) have been losing purchasing power as a result, and anyone with extra cash has been looking to convert it into something more valuable. This is essentially what analysts speaking with CoinNewsDaily predicted for 2021, and it explains a large portion of the volatility we’ve seen in crypto markets this year.

“I see inflationary pressures continuing into 2022. The knock-on effects of pandemic policies, fiscal largesse via stimulus checks, and a tremendously expansionist monetary policy are at work; the genie isn’t so easily put back in the bottle,” said Pete Earle, an economist with the American Institute for Economic Research.

Earle argues that cryptoassets will benefit from inflation more than other assets, if only because they are more accessible to the general public. Nonetheless, some economists anticipate a slowdown in inflation in 2022.

“I don’t believe the economic recovery is strong enough to sustain rising price pressures in 2022,” said Fawad Razaqzada, an analyst with ThinkMarkets.

According to Razaqzada, one of the primary drivers of declining inflation will be oil prices, which are cyclical in nature.

“I believe oil prices will fall further as supply increases from both OPEC+ and non-OPEC producers, including the US. The potential reintroduction of Iranian oil could put additional downward pressure on crude prices,” he told in the interview.

Meanwhile, the impact of temporary factors and supply constraints that have pushed prices higher (as the world recovers from the coronavirus pandemic) is likely to fade as well, Razaqzada adds.

Additionally, Bloomberg Intelligence analyst Mike McGlone believes that inflation will moderate in the near future.

“Moribund gold and declining US Treasury bond yields are primary indicators that the 2021 inflation bounce is a blip within the predominant deflationary trends, notably on the back of rapidly advancing technology,” he told Cryptonews.com.

While few analysts forecast severe inflation next year, some believe we may continue to see a mixed picture, with competing forces affecting the overall outlook.

“On the one hand, we have global supply chain issues, which result in rising prices, and tight labor markets, which result in wage increases. On the other hand, we have the longer-term deflationary effect of technological advancements […] and the demographic effect of an aging population, which will also depress prices,” Glen Goodman, author of The Crypto Trader, explained.

Despite acknowledging that conditions will be mixed, Goodman tells CoinNewsDaily that he remains “extremely concerned” about inflation in the coming years, particularly concerned that central banks “will fail to address it effectively.”

Even if inflation does not worsen significantly in 2022, some observers believe bitcoin’s status as a hedge will be cemented further next year.

“I see cryptoassets, notably Bitcoin, less as an inflation hedge now, but on the way to getting there. Bitcoin is in the price discovery stage towards attaining the status of global digital collateral in a world going digital,” said Mike McGlone.

Interest rates = going back up?

Fawad Razaqzada notes that if at least part of the reason for the 2021 crypto rally was to hedge against inflation, this source of influence will be unavailable to support prices in 2022. Similarly, interest rates may rise in such a way that cryptoassets become less appealing.

“If inflation turns out to be hotter and stickier than expected, then surely the major central banks will have to tighten their belts more aggressively in 2022. Rising rates are not good for risk assets in general, and this may also include crypto,” said Razaqzada.

Mike McGlone also anticipates some interest rate increases in 2022, although the effect on the crypto market may be mixed once again.

““Central banks will attempt to wean themselves off QE [quantitative easing] and low rates until the stock market wobbles or actually falls by around 10% and stays there for an extended period, at which point any prospect of tapering or tightening will vanish, in my opinion.” This is not revolutionary; this has been the enduring trend,” he explained.

At the same time, McGlone believes that a falling stock market – exacerbated in part by a rate hike – could result in negative US bond yields.

“This is good for bitcoin and ethereum, but extreme speculative excesses should be a headwind for the broader crypto market. Bitcoin is likely to decline initially, if the stock market does, but I see the top three Crypto Musketeers (bitcoin, ethereum and crypto dollars) coming out ahead,” he explained.

It’s worth noting that the Bank of England defied expectations in November by maintaining the UK’s base rate at 0.1 percent. This was largely due to concerns about suffocating the economic recovery following the COVID-19 pandemic, and it’s a concern we may see again next year, with other central banks wary of abrupt rate increases.

“I expect central banks to raise interest rates eventually, but it will likely be too little, too late. This could be beneficial for cryptocurrencies, as riskier assets typically benefit from an inflationary, low-interest environment,” Glen Goodman explained.

Inflation and interest rates are typically the two major macroeconomic indicators used to forecast the crypto market’s growth. However, there are a few others worth monitoring, including employment growth (or lack thereof) and the economy in general.

“When the economy is performing well and employment is high, individuals and institutions are more likely to invest in financial markets, including cryptocurrency, than they are during a downturn. As a result, if you are a long-term buy-and-hold investor, it is worthwhile to monitor these macro trends in the months and years ahead,” said Fawad Razaqzada.

Mike McGlone also advises investors to keep an eye on the (US) stock market, while noting that declining bond yields may make cryptoassets more appealing in the long run next year.

“A wobble in the US stock market, and the possibility that the stock market will begin to underperform, should ultimately be bullish for bitcoin and, to a lesser extent, ethereum,” he writes. In 2022, I see a primary macroeconomic development: US bond yields resuming their long-term (nearly 40-year) decline and bitcoin sustaining above USD 100,000.”