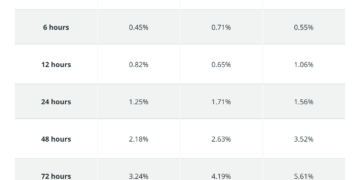 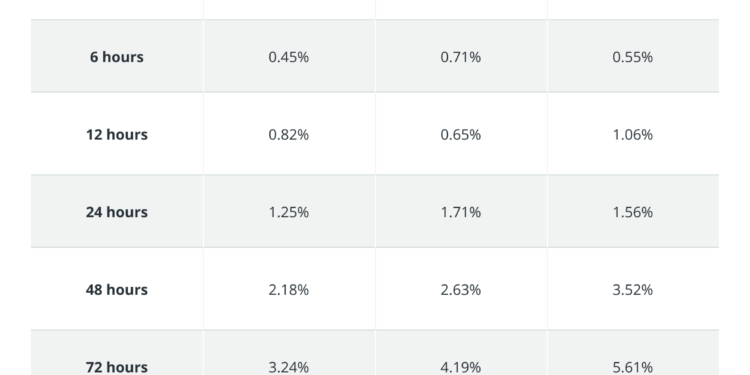 If you look at the price swings of crypto assets as a collection of discrete occurrences, the image is a jumbled one. Sure, some crypto traders can make significant profits from one-time events or by spotting a meme-inspired trend early in the game.

In the long run, however, the vast majority of these “fortunate” traders are doomed to failure.

Why? Because they must select big-time winners to make up for all of the times they fall short of their goals.

There were a thousand pennies that didn’t moon for every Shiba Inu that walked the earth.

As a result, crypto traders that rely on procedures rather than attempting to foresee events are more likely to be successful in the long term.

They place their bets on probability rather than expecting that Token X would soar to new heights next week. They win on the basis of aggregate numbers rather than on the basis of sexy-looking one-offs. If you promised them an average weekly return on trades of more than 5%, they’d bite your hand off in a heartbeat.

Crypto Traders: Good things come to those who wait

There are two distinct patterns emerging in this situation. For starters, the higher the VORTECSTM Score, the higher the average return on investment.
In other words, the greater the confidence the algorithm has in the fact that the historical conditions surrounding the coin are bullish, the greater the likelihood that this asset will yield greater returns after the high score has been recorded.

Second, the passage of time is significant. A fuzzy time frame was used in the training of the algorithm, with the focus being placed on detecting favorable conditions that could manifest themselves over a period of many days.

The longer it takes for the VORTECSTM algorithm to spot the signals of a historically favorable outlook, the better it appears that the asset’s price performance will be on average in the near future. The highest price gains occur after 168 hours (one week) of favorable conditions developing around high-scoring tokens initially appearing on the algorithm’s radar screen.

In these days of bull market abundance, a return on investment of 5 or 6 percent over a week may not seem like much of a return. Don’t get taken in by the pretense.

According to studies, short-term crypto traders frequently lose money. According to a recent article, “97 percent of all participants who persisted for 300 days” in the Brazilian equities futures market fell into this category of traders. Other research have shown results that are comparable to this one.

Finding an algorithm that can consistently provide consistently positive average returns over reliably measured periods of time is, as the saying goes, the Holy Grail of cryptocurrency trading for many people.

Is it completely infallible? In no way, shape, or form. Again, don’t be taken in by the ruse. The VORTECS™ algorithm has produced a large number of scores that indicated bullish conditions, but prices have failed to rise as a result.

What is shown in this table is the AVERAGE return over a specified time period following the application of an arbitrary score.

However, what this data demonstrates is that VORTECS™ performs exactly as it is intended to do.
Market conditions for specific crypto assets that have historically been bullish are regularly identified, and confidence modeling is used to calculate a score that traders may utilize as a part of their decision-making process.

It is only available to Cointelegraph Markets Pro subscribers who have access to the VORTECS™ Score, which is powered by artificial intelligence.

Using historical price change, trading activity, and social sentiment patterns around more than 200 digital assets, the tool is trained to sound the alarm whenever an arrangement of these metrics begins to resemble those that have, in the past, consistently signaled an increase in the value of the asset.

The bigger the VORTECSTM Score at any particular point in time, the greater the model’s confidence in the situation.

The following table shows the average price changes across all digital assets that have achieved VORTECS™ Scores of 80, 85, and 90 after predetermined intervals, starting from the time the Score was initially logged in the system.
The term of observation encompasses the entire time of operation of the CT Markets Pro platform, which runs from early January to late November 2021, or nearly 11 months.

A single observation per asset was allowed for this analysis, so if an asset went from 80 to 80 and then back to 80 again in the span of many hours would only qualify as one entry into the 80+ category on the first day it reached that level.

They illustrate the performance of crypto assets in bull, bear, and sideways markets, during both the Bitcoin season and the Altseason, and for a wide range of assets, ranging from DEX tokens to layer one platforms and privacy coins, among others.

CoinNewsDaily is a financial information source, not an investment advisor. We do not offer tailored or specialized investment advice. Cryptocurrencies are highly volatile investments that involve a high degree of risk, including the possibility of permanent and total loss. Previous performance does not guarantee future results. The figures and charts in this section are accurate as of the date of publication unless as otherwise noted. Strategies that have been tried and evaluated in real life are not recommendations. Before making any financial decisions, consult your financial advisor.