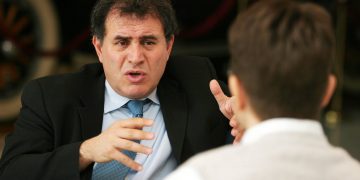 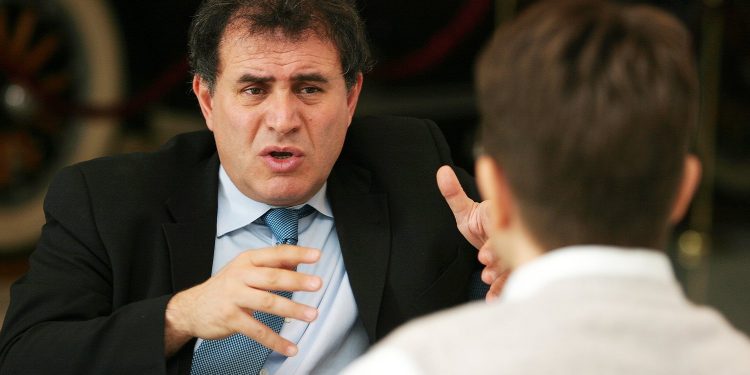 Famed economist Nouriel Roubini plans to strike a fiery tone on cryptocurrency and blockchain before a group of U.S. senators on Thursday.

Roubini will testify before the U.S. Senate Committee on Banking, Housing and Urban Affairs alongside Coin Center director of research Peter Van Valkenburgh in a hearing entitled “Exploring the Cryptocurrency and Blockchain Ecosystem.”

Announced last week, the hearing marks the latest move by members of the U.S. Congress to better understand the emerging technology and asset class.

In prepared remarks published Wednesday, Roubini, who was given the nickname “Dr. Doom” for his predictions about the 2008 financial crisis, plans to come out swinging, arguing cryptocurrencies are not a viable unit of account, means of payment or store of value.

Among the arguments: Roubini contends that “wealth in crypto-land is more concentrated than in North Korea, where the inequality Gini coefficient is 0.86.”

In contrast to Roubini’s rhetoric on “a failing set of technologies,” Van Valkenburgh’s prepared testimony argues that “decentralized computing” can prove beneficial in a number of different use cases, provided lawmakers and regulators allow developers to experiment with the technology and grow the space.

Van Valkenburgh’s testimony pushes back against some of the hype surrounding the space as well, noting that blockchain “is not” a “solution to any number of social, economic, organizational or cybersecurity problems.”

It even goes as far as to say that the phrase “‘blockchain technology’ is a vague and undefined buzzword.”

His tone strikes a stark difference from Roubini’s, calling for “a light-touch approach” to regulation, similarly to how former U.S. President Bill Clinton’s administration approached the development of the internet.

Elsewhere, Roubini notes that “blockchains can make sense in cases where the speed/verifiability tradeoff is actually worth it,” but adds that “this is rarely how the technology is marketed. Blockchain investment propositions routinely make wild promises to overthrow entire industries, such as cloud computing, without acknowledging the technology’s obvious limitations.”

While Clayton said at the time that the securities regulator may ask for legislation approving additional oversight on the space, neither the request nor any such legislation has materialized to date.

In fact, while there are a number of bills sitting before the Senate and the House of Representatives, few have been signed into law so far.

That hasn’t stopped startups from launching tokens or working toward building the “Web 3.0,” inspiring much of Roubini’s previous pushback.

Nor has Roubini held back in the run-up to the hearing.

In another tweet, he piled on, saying that “calling this crappy garbage of 1000s of alt-coins – that lost 99 percent of their value since peak – as ‘shit-coins’ is a grave insult to manure that is a most useful, precious and productive good as fertilizer in agriculture. So apologies to manure for this offensive comparison.”

(He also apologized to the Senate committee for using the word “shitcoin,” but noted that it was a commonly used “technical term” in the space, citing a Google search.)

On the other side of the debate, Van Valkenburgh concludes in his remarks:

“Just as few would have predicted the emergence of Facebook or Uber given only an understanding of the internet circa 1995, it is impossible to know what creative and diverse minds will build when offered a free and public platform for experimentation.”