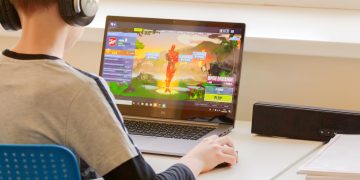 Although businesses of all types are moving into the crypto space, the gaming industry has remained curiously behind on adoption. This fact may be perplexing, as gaming enthusiasts are highly likely to own cryptocurrency, and digital assets are a perfect fit for integration with video game technology. Now, this reticence to embrace crypto may be ending as a number of advancements promise to merge the two sectors.

There is no doubt that video game developers have long understood what cryptocurrencies could bring to their products. The vast majority of gaming purchases now occur online, and the present method of using fiat with a credit card is well-known to be cumbersome and unpopular. Crypto could streamline this process, making purchases far more efficient. Digital assets could be used for buying games and for in-game transactions, which is a business model that the industry is increasingly embracing.

Until now, technology has been the greatest barrier to cryptocurrency integration. Fees have been too high, and confirmation times too slow to make blockchain assets a reliable payment mechanism for all but the most basic video game purchases. The only notable adoption of crypto has been by Steam and Twitch, both of which began accepting Bitcoin and Bitcoin Cash in 2017. Steam has since ended its crypto support owing to a lack of use by customers.

Blockchain development may now have caught up with the needs of the gaming industry. The Nano team has released a plug-in for Unreal Engine 4 that will enable Nano payments to be integrated into games based on the popular development platform. This platform forms the core of dozens of games including Fortnight and NBA 2K.

Nano integration could notably change how games are developed. Nano transactions are feeless, and confirm in well under one second. These characteristics make the platform ideal for in-game microtransactions, and open the door to a wide range of new use cases for other purchases. For example, instead of buying games outright, users could be charged for time played. Also, as a platform-agnostic currency, Nano accounts could be used across multiple games and be easily linked with existing crypto wallets.

There are, of course, crypto platforms that are designed for the gaming industry, the most notable being Enjin. An Ethereum token, Enjin’s team seeks to make it the standard platform for virtual goods. Earlier this year it confirmed a partnership with Samsung, and has also created a custom plug-in for Minecraft.

There are, of course, a wide range of legal concerns that must be addressed as cryptocurrency moves into the gaming space. For example, regulatory and tax issues are certain to emerge from the exchange of cryptocurrency within video games. In fact, governments may begin to call on game operators to enact know-your-customer protocols, or follow other rules more commonly associated with banks.

It is safe to assume that at some point in the near future blockchain assets will become a key element of the video game sector. The two technologies are simply too compatible for this integration not to take place. It now appears that blockchain development is finally becoming advanced enough for this use case to become feasible. Thus, as with many other industries, the blockchain revolution promises to bring major changes.