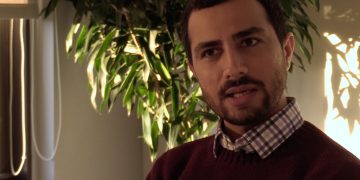 Blockstack’s Stacks (STX) token can now be traded on the Binance and HashKey Pro exchanges, the company said Wednesday.

The advance is set to expand investors’ access to STX – especially in Asia, where HashKey Pro is based and Binance is well-known. Muneeb Ali, Blockstack’s CEO, called Asia a “priority region” in a company statement.

“It’s very important that we have a global network of users and investors.”

STX is used to register digital assets on the Blockstack blockchain. They are consumed when users register or utilize the something on Blockstack, much like ETH is spent when operating on the ethereum network.

The company raised $23 million in anticipation of the listing, $7.6 million of which came from Asian investors and the rest from Blockstack’s Securities and Exchange Commission-qualified July offering, Ali told CoinDesk.

Ali said that 4,500 separate investors participated in the U.S. round.

But that regulated offering has meant extra scrutiny and even set limits on how Blockstack can interact with U.S. investors. They are prohibited from buying the tokens fueling Blockstack’s 270-odd decentralized applications out of an abundance of regulatory caution, Ali said.

Regulatory compliance is at the forefront of the token rollout, as is transparency, the company’s spokesperson added.

In a blog post, Blockstack pledged to release internal documents and made a list of early token backers’ wallet addresses public, so anyone can “know if and when any early backer moves their Stacks tokens.”

Ali’s wallet address is among them. He said he is in it for the long-haul but recognizes that not everyone will sit on STX forever. Said Ali:

“If any of the early backers exit, I think people should know.”