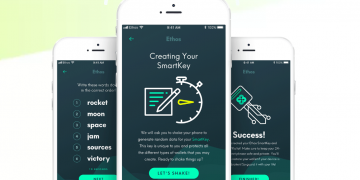 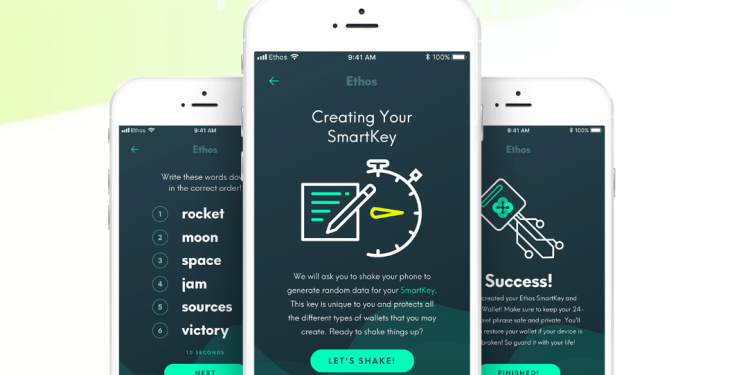 Voyager, a crypto brokerage platform that launched and went public this month, has agreed to buy wallet startup Ethos.io for about $4 million.

Announced Thursday, the deal would give Voyager a range of products developed by Singapore-based Ethos, including the Ethos Universal Wallet and the blockchain platform Ethos Bedrock, plus “certain blockchain technology and IP.”

Further, Voyager said it will pick up an allocation of Ethos tokens, which the target company, formerly known as Bitquence, issued through an initial coin offering (ICO) in July 2017, raising $1.6 million, according to CoinDesk’s ICO Tracker database.

Voyager will pay for the acquisition with its listed shares — earlier this month the New York-based startup went public through a reverse merger with a dormant company traded on Canada’s TSX Venture Exchange.

The deal will cost Voyager 7 million common shares, the company said, which are now quoted at $0.80 in Canadian dollars, which works out to a total value of $5.6 million CAD, or roughly $4 million in USD.

While the deal is expected to close at the end of March, the price won’t all be paid upfront.

The conditions of the deal stipulate that 3.3 million shares will be delivered to Ethos at the start, 1 million will be held in escrow and released monthly over two years (provided that Ethos continues integrating its functionality into the Voyager platform and updating the technology), and the remaining 2.6 million will be held in escrow for 24 months “against any future indemnity claims.”

As part of the deal, Shingo Lavine, founder and CEO of Ethos, will become Voyager’s chief innovation officer and join the company’s board, and Ethos’ former owners will have the right to nominate one director for appointment to the Voyager board at each annual general meeting, once they have amassed  at least 3.5 million shares.

Even before the merger agreement, Voyager and Ethos had been working together for some time.

The two startups partnered last October to add a self-custody option for Voyager’s users, as well as allowing Ethos users to convert, store and trade cryptocurrencies via Voyager.

After the acquisition, the two developer teams will start working together on the same objectives, Voyager’s CEO, Steve Ehrlich, told CoinDesk:

“Before we had separate priorities, but we liked so much what we started together as strategic partners that we decided to bring our resources together. There is some different expertise at the two developer teams, and now they are working closely together.”

The Ethos token, which was first introduced to the market through an ICO in July 2017, will be a valuable component for Voyager’s business, Ehrlich said.

The token was designed to pay for Ethos’ wallet services, for example, transaction fees and API calls. But in the future it might be used to pay cash-back rewards for trading on the platform, Ehrlich explained, adding that the token isn’t getting listed for trading at Voyager yet, though the joint team is “having conversations about that right now, but there are regulatory hurdles related to that.”

Among other future use cases for Ethos tokens, users may be able to pledge it as collateral for margin trading accounts and even earn interest on their token holdings, Voyager said.

Another benefit of the deal, according to Ehrlich, is that now Voyager owns and can fully utilize the fintech platform for crypto companies developed by Ethos, Ethos Bedrock, to build a future crypto-payment system.

“We’re starting to become a real end-to-end cryptocurrency solution,” Ehrlich said. Over the next few years, he said, Voyager aims to become a big player at crypto trading, custody, payment and security, and the acquisition of Ethos will help to do it faster.

Voyager is not disclosing the number of users it managed to attract so far since launching in mid-February, but combining the user bases of the two companies will result in “hundreds of thousands” of clients overall, Ehrlich said.

The company was founded in July 2018 to allow trading cryptocurrencies across different exchanges without paying trading fees. The founding team included Uber’s co-founder Oscar Salazar and the app’s early investor Philip Eytan, as well as Ehrlich, who previously worked as a CEO of retail brokerage Lightspeed Financial and ran the professional trading arm for online stock broker E*Trade.