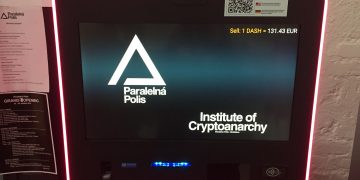 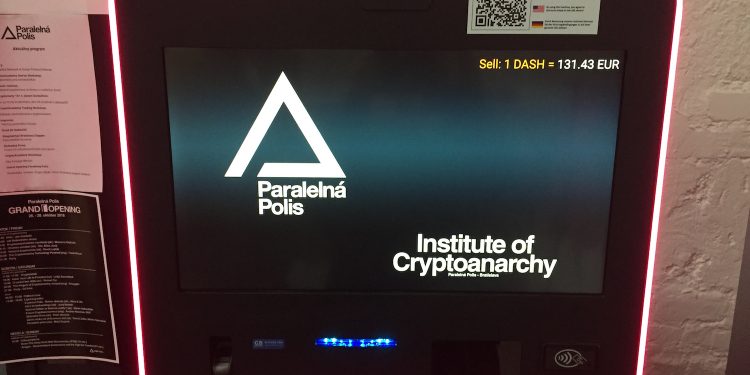 “Is this really what Satoshi expected 10 years ago?”

That was the question asked by activist Pavol Luptak, at the opening of a new centre for crypto-anarchy – the Paralelni Polis – in Bratislava, Slovakia in October.

Citing new surveillance infrastructures, relentless taxation, and the adoption of blockchain by state actors, Luptak called for a return to the political vision that underpinned bitcoin at its inception – or what he calls a “crypto renaissance.”

Luptak – the co-founder of the Paralelni Polis in both Bratislava and Prague in the Czech Republic – and his associates are fixated on the question of how to use decentralized technologies to liberate individuals from state control.

In his eyes, bitcoin and related cryptocurrencies cannot be distinguished from the political climate from which they arose – the cypherpunk movement, with its focus on privacy and individual liberty.

By providing a radical alternative to the banking system, this vision stands apart from an industry that has, to some, become defined by the use of cryptocurrencies as speculative investments.

“We perceive cryptocurrency as a liberation tool,” Luptak told CoinDesk.

And it’s the Paralelni Polis – which Luptak calls a “freedom think-tank” – that aims to serve as a breeding ground for such ideas. A phrase that translates to “parallel city,” at its surface, Paralelni Polis is like many cryptocurrency centres worldwide.

The Paralelni Polis focuses on education, meetups, a co-working space, and walking newcomers through the process of converting their fiat into cryptocurrency in order to buy a coffee, for example.

But Paralelni Polis stands out for its open refusal to cooperate with governments; its role in nurturing projects that actively antagonize the state; and its mission of providing individuals with the tools to disassociate themselves from it.

“We use crypto technologies to keep our community safe and eliminate any negative impacts of political decision made by politicians and the democratic masses,” Luptak told CoinDesk, adding:

“We are a minority, and we use crypto technologies to build our own parallel society with the same or similar-minded people. That’s why we have the Paralelni Polis.”

The term “parallel city” is a reference to the ideas of political dissident Vaclav Benda, a member of the activist group, Charter 77, which rose up against Czechoslovakia’s socialist government in the late 1970s.

In a manifesto from the same period addressed to his fellow activists, Benda argued against protesting as a means to change the system. Instead, Benda called for the creation of parallel institutions that would offer a fairer, more humane alternative.

The ability for this parallel institution to survive would also serve as a measurement for the freedom – or authoritarianism – of the external society.

“He defined that the only free system is a system which is able to accept and tolerate a parallel system,” Luptak said.

Pavol Luptak presenting at the opening of the Paralelni Polis, Bratislava

In 2014, Luptak and others founded the Paralelni Polis in Prague, which combined Benda’s ideas with newly discovered, decentralized technologies in an effort to foster a kind of parallel society.

“Our goal is to make the state obsolete, to build, develop and improve a parallel society, so finally people stop noticing that the state exists. They won’t need it,” Luptak told CoinDesk.

And in the years since its inception, the impact that the Paralelni Polis has had on the surrounding area in Prague is tangible.

For example, bitcoin is more readily accepted in Prague than in most European cities – a state of affairs that becomes more notable the closer in the city you are to the Paralelni Polis.

According to Josef Jelacic, an ambassador within the Prague arm of the institute, part of that adoption came about because of the role that the centre played in allowing people to test the currency in real-time.

But speaking to CoinDesk, Luptak noted other reasons for bitcoin’s popularity, including concerns about snooping by finance regulators.

“We are a pretty fucked up country, like the other ones,” Luptak said, “In Czech Republic there is complete financial surveillance.”

To understand why that appeal might exist today, one angle to look as it is that fact that, in the Czech Republic and Slovakia, the use of cash is becoming increasingly discouraged – something that is playing out across the wider European Union as well.

For example, personal cash transactions over €15,000 euros are prohibited, while companies are banned from spending over €5,000 in cash. Moreover, like many places in the world, cash in excess €10,000 cannot be transported over borders without being declared.

A new law called the Electronic Evidence of Transaction (EET) is in effect in the Czech Republic, and is under consideration for Slovakia, which means that every transaction – even cash transactions – are digitalized and “immediately sent to the tax office,” Luptak said.

“The situation is as bad or even worse in other European countries,” Luptak said.

But Luptak believes that the more oppressive these systems become, the more people will look to crypto-anarchy as an alternative.

In preparation for this, Luptak has a company that provides individuals and companies with “crypto-liberation services,” how to “go full crypto,” shop around for the best taxes, change residency, or even to give up their residency entirely.

And several other projects at the Paralelni Polis have a similar focus.

For example, Paralelni Polis has launched prediction markets on ethereum-based Augur to incentivize users to expose sensitive information about local politicians. The group also uses its own blockchain to store evidence of governmental corruption.

Speaking at the opening event of the Paralelni Polis, Bratislava, Luptak painted a picture of a future without governmental control.

Decentralized autonomous organizations (DAOs) would replace traditional governance; the MakerDAO stablecoin could offer an alternative for bank loans, and even the legal system may be disrupted by a decentralized alternative, like Kleros.

In such a future, the role of politicians is completely displaced, Luptak argued, and crypto-anarchist communities can withdraw into shadow economies using anonymous cryptocurrencies like monero.

Still, anonymity infrastructure in cryptocurrency has a long way to go, a point noted by developer Frank Braun, who presented in Bratislava what he called the “cryptoanarchy technology pyramid.”

According to Braun, a full crypto-anarchy tech stack must start off with secure devices. From there, developers can build software that can support anonymous messaging, digital cash, pseudonym’s, darknet markets, and physical interfaces that form a link between the digital and the physical world, such as drones.

“We want to build an unobservable and non-attributable economy from scratch,” Braun said.

Giving the example of the closure of darknet markets, Braun warned that “you cannot build a pyramid on quicksand.” Weaknesses in the underlying layers of the stack mean that anything built on top of it will come tumbling down.

“You have these layers, and then when you take out an entire layer it’s gone. So everything around that collapses,” Braun told CoinDesk.

Still, Braun ended with a note of optimism, urging that much of the academic work has been done in order to implement more robust, anonymous systems.

And it’s due to this technical basis that Luptak says crypto-anarchy is more than just an idea.

“For me, crypto-anarchy is a strategy. Some people consider it to be an ideology, but for me it’s a strategy, a practical way,” Luptak said, going on to add:

According to Braun, crypto-anarchy is “ultimately subversive” and involves the construction of a new space outside of society.

“If you want to create an alternative you have to be separate from the rest,” he told CoinDesk.

Because of this, Braun criticizes the emphasis that bitcoin supporters often place on mainstream adoption, arguing that many newcomers within the industry do not share the cryptocurrency’s underlying political ramifications.

“I’m not criticizing that more people use it per se, but they kind of water it down and then the whole revolutionary aspect gets lost,” Braun said.

And because crypto-anarchy situates itself at a distance from mainstream society – and often in antagonistic relationship to it – participants need to be able to protect themselves as well.

As such, Braun described such systems are fundamentally “defensive tech.”

Still, for the Paralelni Polis to maintain a fully antagonistic relationship to the state isn’t an easy approach to take.

And that’s because while the formal stance of the institute is to reject the government, as a physical institute, it cannot completely disassociate from Czech Republic and Slovak state.

Currently, the centre is Bratislava is not completely legal, but the goal is to have it fully registered. The Paralelni Polis itself is a non-profit organization as is recognized by the government as such.

“We are a non-profit organization because we still have to interact with the existing fiscal world in some way,” Luptak explained.

And the struggle of actively boycotting the state – while at the same time being forced to work within its jurisdiction – was made all too clear at the after-party following the official opening in Bratislava.

Despite the institute’s stated ban on government officials entering the space, the police arrived and demanded that the music be turned down. And with a sigh of resignation, the barista’s at Paralelni Polis obliged.

“This was the first conflict with the police and we should definitely expect other ones in the future,” Luptak said, concluding:

“If you live in a physical world and have a physical place, you will be always vulnerable to the state power and its interactions.”

Photos by Rachel-Rose O’Leary for CoinDesk