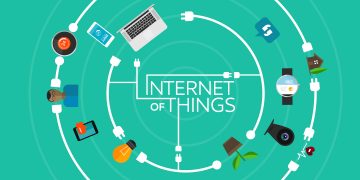 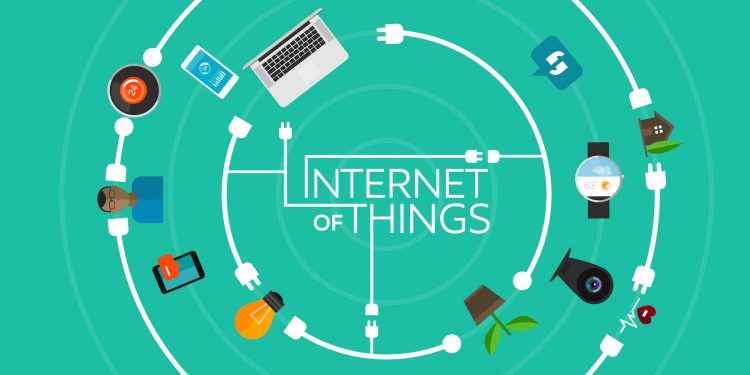 Blockchain technology has the potential to revolutionize a wide range of industrial and technical sectors, and with development moving ahead rapidly, mainstream adoption is just around the corner. The Internet of Things (IoT) is an expanding field that is primed for blockchain adoption. Released in 2016, Iota has been the primary distributed ledger platform that focuses on the IoT. It has made remarkable progress on its roadmap, and is by far the leader in this niche area of the blockchain revolution, yet competitors are emerging that seek to challenge its hegemony.

Among the top tier of blockchain platforms, Iota stands out for a number of reasons. Its primary feature is the fact that it does not use a blockchain as a consensus mechanism. Rather, it uses a direct acyclic graph (DAG), called “the Tangle.” This architecture enables unlimited scalability, and zero transaction fees. There is also no mining, as all of the Iota coins were created with the genesis block. Iota is thus well-suited for microtransactions, and machine-to-machine interaction. As a standard cryptocurrency, however, it has its limitations. Notably, Iota does not enable permanent addresses, but rather requires users to change their address after every sent transaction.

For quite some time Iota has been the only notable platform specifically targeting the IoT, and as such the team has forged very impressive partnerships with a number of large corporations, including Bosch, Fujitsu, and Volkswagen. However, given how significant IoT is expected to become over the next few years, competition has emerged. Some of the most notable are IoTex, Hedera Hasgraph, and IoT Chain.

IoTex held its public launch in May, 2018 and quickly gained significant attention as one of the most promising new blockchain platforms. It is privacy centered and is capable of running smart contracts and decentralized applications. Its team claims that its unique architecture of multiple subchains linked to a main chain make it well-suited for IoT applications. IoTeX was one of the first platforms to gain “gold label” status from Binance, and although the network is open source, it is backed by a company based in Menlo Park, California.

Hedera Hashgraph is another platform aiming to play a key role in IoT systems. The company behind it raised $100 million in private funding, and is based in Dallas, Texas. Like Iota, the platform uses a DAG, yet with a unique architecture based on what the company calls “Hashgraph Consensus.” Unlike Iota, the code is not open source, and the token has yet to be released for purchase on exchanges. Although the private nature of this platform has raised concern among blockchain purists, it is clearly aiming to become a key player in the blockchain space.

IoT Chain is much less known, but is gaining attention due to its impressive development and roadmap. It originated in China but the development team is now based in Singapore. Dubbed “the Chinese Iota” by many, IoT Chain is also based on a DAG architecture, and is building partnerships across East Asia. The platform is presently available as an ERC20 token, but plans to launch its mainnet within a few weeks.

These platforms focus on a number of characteristics that will be ideal for machine-to-machine communication. Notably, they are feeless, or nearly so, and they can be run on very small, very low power devices. These platforms are also designed to be extremely fast and easily adaptable to many unique applications. These same traits thus make them well-suited as cryptocurrencies, although presently their teams consider crypto use a secondary issue.

The future integration of distributed ledger technology into the IoT is all but certain, and a number of organizations have formed the IoT Alliance, an international consortium that aims to promote the development of the sector. Iota, Hedera Hashgraph, and IoT Chain are members as well as a number of other teams from the blockchain space such as VeChain, Modum, and Qtum. This diverse group of players is clear evidence of the robust interest in the sector.

With its large team and impressive roadmap progress, Iota remains the clear leader in the race to become the backbone of the global IoT infrastructure. Whether or not other platforms can catch up is unclear. Nevertheless, there is no doubt that IoT is a dynamic, and diverse sector, and these competitors are clearly aiming to play a significant role in its future.