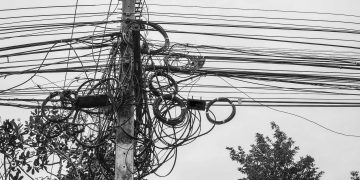 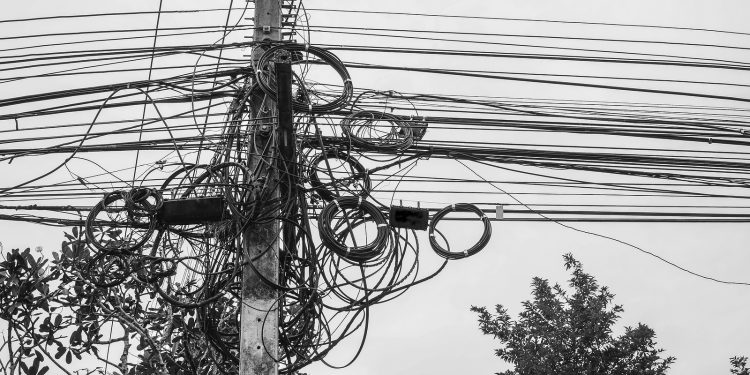 As blockchain technology steadily moves toward mainstream adoption, developers are hard at work seeking to solve technical challenges and create the perfect platform. Although the benefits of blockchain are universally recognized across the crypto space, an alternate from of distributed ledger architecture is gaining support. Directed acyclic graph (DAG) systems accomplish the same goals as blockchains, but in a manner that, theoretically, solves many of blockchain’s most daunting challenges. The debate over DAGs is heating up, as they too have shortcomings, leaving many to wonder if they are, in fact, a viable alternative to blockchains.

Under a DAG structure, the distributed ledger does not use a series of blocks, and nodes are not used for transaction confirmation. Rather, each transaction is required to confirm other transactions (usually two) in order to be eligible for confirmation itself. The result is a self-supporting web of communication across the platform. This structure solves two of blockchain’s most pressing drawbacks: fees and scalability. Because each transaction contributes to the workload, DAGs are infinitely scalable. In fact, they theoretically will become faster with more use. Also, without blocks or miners, DAGs can operate without fees.

Only three major platforms, IOTA, Nano, and Byteball (GBYTE), use a DAG. Of these, IOTA is by-far the largest in terms of market cap and visibility. IOTA is managed by a non-profit foundation, which is promoting the platform as a tool for Internet-of-Things (IoT) economy. The foundation has grown significantly over the past twelve months, and has released a number of upgrades including the Trinity Mobile Wallet and Project Qubic, which will enable smart contracts and distributed computing. Most impressively, the IOTA foundation has forged partnerships with a diverse array of manufacturers and public institutions. These players include Volkswagen, Bosch, Fujitsu, and the city of Taipei.

For their part, Nano and Byteball have also seen progress. Nano already demonstrated a capability of over 750 transactions per second, and has recently been added to BitcoinSuperstore. It was also noted as the fastest of all cryptocurrencies listed on Binance. Byteball has come close to completing its whitepaper, and is increasing marketing efforts via its own foundation.

To say the least, infinite scalability and the ability to operate with zero fees is a game changer among crypto platforms, yet like blockchains, DAG platforms have unique flaws and vulnerabilities. One such issue is the susceptibility to attackers spamming the network with huge numbers of invalid transactions. There are also issues around their ability to manage smart contracts, and even security concerns.

The blockchain versus DAG debate is emerging as one of the most contentious exchanges in the crypto space. Most of it centers around IOTA, which has experienced both successes and setbacks over the past several months. The harshest criticism revolves around the network spam issue. IOTA has yet to provide a convincing solution, and presently keeps its network, known as “the Tangle,” semi-centralized to prevent attacks. IOTA is also not fully open source, which has drawn the ire of many crypto advocates. The IOTA foundation emphatically asserts that the Tangle will one day be fully decentralized, and that the source code will be made public, yet it refuses to give any firm dates as to when these steps will be taken.

Although critics have found fewer issues with Nano and Byteball, both platforms have experienced setbacks that have left investors wary. Most notably, earlier this year hackers stole $150 USD million worth of Nano from BitGrail, an Italian exchange, for which many claim the Nano team holds partial responsibility. Perhaps Nano’s most significant drawback is the fact that it has no plans for second layer solutions. There will be no smart contracts or any other features beyond transfer of value. Byteball, like IOTA, has plans for extensive second layer features, but appears far less robust than IOTA, and has made far fewer inroads in terms of partnerships and real-world applications.

It is safe to assume that the future of distributed ledger technology rests on the ability of DAG platforms to deliver on their promise of infinitely scalable, feeless transactions. Should these projects succeed, they will redefine cryptocurrency, and potentially render all blockchain-based platforms obsolete. Nevertheless, success is far from certain. Also, the advanced blockchain competitors, such as Ethereum, EOS, and Cardano are developing their own solutions to enable scaling and substantially reduce, if not eliminate, transaction fees.

The emergence of DAG networks is proof that the technology that will ultimately drive distributed ledgers is still in its infancy. Several years will likely pass before the true potential of the competing systems will be understood. It is possible that no single platform architecture will reign supreme. Nevertheless, DAGs are, in theory, a remarkable alternative to blockchain and may very well become the accepted standard.