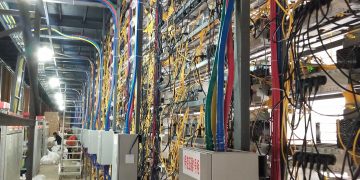 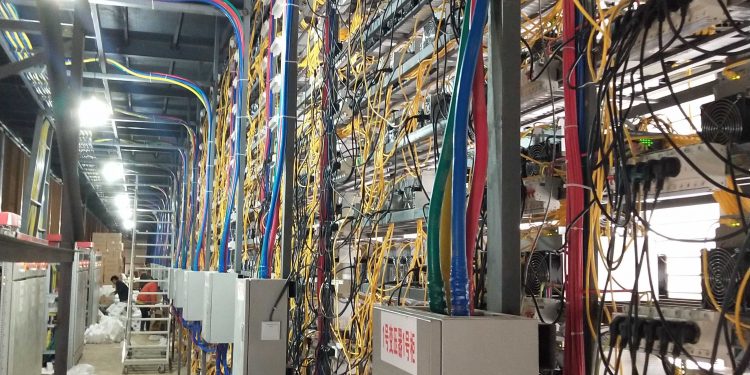 That’s because during this season a significant amount of excess electricity is expected to be generated by hundreds of hydropower stations, especially in China’s mountainous southwestern provinces of Sichuan and Yunnan. This level of excess power results in competitive electricity costs for bitcoin miners, making it perhaps one of the rare opportunities to earn profits in the current bear market that has already impacted the mining sector.

Hashage, a company based in the city of Chengdu in Sichuan that operates six mining farms with a supply of about 200,000 slots for machines, for example, said the electricity cost in Sichuan during the summer – which may vary from hydropower plants – is usually around 0.25 yuan, or $0.037, per kilowatt hour (kWh) for hosting equipment for miners.

Xun Zheng, the company’s CEO, told CoinDesk that over the past month the firm has been talking to individual miners and larger mining farms with a total demand of more than 1 million slots for deploying mining chips.    According to Zheng, individual miners on average are looking to host 1,000 to 3,000 units of mining equipment each, while larger farms are eyeing at a larger scale of over tens of thousands of machines.

He added although the exact electricity costs with local hydropower stations won’t be finalized until the end of March, miners have already started looking for resources and negotiating deals with mining farms before the season comes so that they have enough time to ship equipment to the mountains and set them up.

“The interest is definitely there,” Zheng said, adding most of the miners that have shown enthusiasm are from China’s Inner Mongolia and Xinjiang provinces, where they operate mining farms using fossil power plants. The electricity costs there are usually around 0.35 yuan, or $0.052, per 1 kWh.

Even just the difference of 0.01 Chinese yuan ($0.0015) is significant for bitcoin miners, especially in the current bear market when one bitcoin is worth about $3,700 as of press time.

Take for example, Bitmain’s AntMiner S9, which consumes about 30 kWh per day, only one kilowatt-hour more than the average U.S. home in 2017.

According to him, a used S9, depending on the level of damage, could be bought for about $150, with a computing capacity of a bit over 10 trillion hashes per second (TH/s).

Indeed, some wholesalers in China are currently selling second-hand S9s on the e-commerce marketplace Alibaba for $100 to $200 each. While manufacturer Bitmain’s official website lists the price of brand new S9 to be around $450, other wholesalers are advertising alternative channels for users to buy new S9 equipment for around $300.

Tyler Xiong, chief marketing officer of mining pool and wallet service Bixin, echoed that point, saying the last round of miners shutting down operations at the end of 2018 resulted in the increased availability of second-hand equipment.

“S9 is now like the AK-47 [assault rifle] in ASICs,” Xiong said. “It now has the best performance over cost ratio in the market.” Bixin is also planning to increase its own mining capacity in Sichuan during the summer but declined to disclose its planned scale ahead.

Summing up all the estimated supplies provided by major mining farms in the area, Zheng projects there will be a total of about 1.5 million slots available.

He explained that it’s a common practice for mining farms to sign agreements with power stations to purchase 80 percent of the plants’ capacity in advance. That means that whether or not a mining farm has enough miners to consume all the pledged amount, it has to pay for what it has agreed on, one way or another.

Because of that, Zheng said besides hosting machines for miners, his firm also plans to deploy around 20,000 ASICs to mine on its own behalf, with second-hand machines bought on the market.

He further estimated that the entire bitcoin network hash rate could even go up to 70 quintillion hashes per second (EH/s) in the summer, which is well above the network’s historical high of 61 EH/s, recorded in the summer of 2018.

In fact, over the last two months, bitcoin’s hash rate has already shown steady growth, from an average around 35 EH/s in early January to now around 42 EH/s, according to data from blockchain.info.

“We used to think the overall supply would be larger than the demand. But the total quantity of ASICs on the market, plus new machines produced by major manufacturers, can certainly fill in the total supply. The question now is how many miners will take this bet,” Zheng said.

But every year in the summer, there’s plenty of rain and water in the Garze and Ngawa Tibetan prefectures in western Sichuan, where many of these mining farms are located.

What makes this year different from previous years, though, is a shift in market dynamics.

Yun Zhao, a co-founder of Hashage who has left the firm’s management to start a miner organization in Sichuan called Mining Sea, explained that the market used to be on the side of mining equipment makers as well as mining farms.

“In the bullish market, it was hard to buy mining equipment, it was hard to find available slots in mining farms, because the electricity cost wasn’t too big of an issue,” Zhao told CoinDesk.

That’s also the reason he started the organization in Sichuan in the first place this year, aiming to improve liquidity between mining farms’ supplies and demand from miners.

“In the bearish market, we’ve got to huddle together and find better ways to utilize our resources,” Zhao said.

Xiong of Bixin shared the same view. “In this round, the market’s dominance will shift to miners and whatever farms that can get the cheapest electricity cost. They are the ones that can really rock,” he said, adding:

“Mining equipment makers probably won’t have much sense of participation in this round [in terms of selling new machines] since people may prefer used ones. So, the market is no longer on their side now.”

Further adding to the current level of interest is also an openness from local governments to let privately owned hydropower stations participate in a more market-driven electricity trade so that excess energy can be sold to private companies in energy-intensive industries.

Stepping back, privately owned hydropower plants in China can be divided into two categories: those that are integrated with the country’s State Grid and those that are not.

For those that are eligible for the integration, the State Grid would typically buy a certain agreed amount of electricity from them so their sources of income could be steady. But for those that are not, they need to compete for steady customers that consume generated energy.

The Sichuan provincial government issued a notice in August 2018 as a practical guide to “deepen the electricity reformation” in the region.

Although the notice did not mention any specific industry, it emphasized “enlarging the scope of customers that can participate in electricity trades” while “reducing administrative interference in the market.”

The end goal would be to better utilize the excess electricity generated in the area, which would otherwise be wasted. The notice also mentioned the government would continue the experiment of establishing industrial parks near plants that have significant excess power.

According to another notice issued by the Garze prefecture government, hydropower plants in the area generated 41.5 billion kWh of electricity just in 2017 with a total excess of 16.3 billion kWh that went to waste.

But even with this alluring opportunity, the risk still remains.

Both Zhao and Zheng said the main risk lies in the possibility of bitcoin’s price dropping below a threshold of $3,000, even with cheap electricity costs. According to the revenue index for mining machines provided by f2pool, the fourth largest mining pool by hash power, mining with an S9 at an average electricity cost of $0.05 per 1 kWh can still generate a marginal daily profit of $0.60 per machine.

“But if the price falls below that threshold of $3,000 during the summer, lots of miners may have to pull the plug again,” Zhao added.

Although it’s a common practice for miners to short bitcoin futures contracts to hedge potential losses, Zhao said a potential risk in that situation is there may not be enough counterparties to take the long positions.

He added another long-time issue in the industry is a lack of self-governance to protect miners from bad actors, which is an area where the Mining Sea organization aims to improve on by updating their members about any bad conduct from mining farms if found.

For instance, he said there were cases where mining farms secretly switched the network address of mining equipment they hosted for customers to that of their own at 2 a.m. in the morning just for two hours to mine for themselves.

Zheng said there were also mining farms that lured miners with the promise of cheap electricity rates but then jacked up the price after they set up machines.

“Those miners had no choices but to suck it up,” he added, referring to recent local reports that similar situations happened in China’s Qinghai province.

“This industry is always about making a bet after all. There are always risks from multiple aspects, especially from the markets side in this bearish time.”