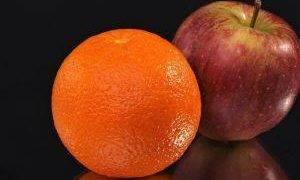 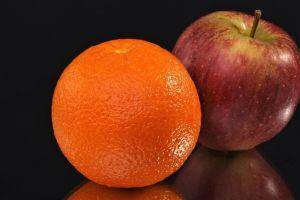 While some of the most active members of Bitcoin (BTC) and Ethereum (ETH) communities never stop fighting over technology and money, among other things (including memes), these both blockchain-powered networks still can coexist, according to the Bitcoin 2021 conference participants speaking to Cryptonews.com. And decentralized finance (DeFi) might play a role here.

The conference, held earlier this month in Miami, USA, proved to be a major event, with thousands of people attending, as well as a number of well-known speakers from both within and outside the Cryptosphere.

Among the questions discussed between a few of the industry insiders and Cryptonews.com was that of the Bitcoin-Ethereum turbulent dynamics.

But the two are not necessarily as intertwined as some may think – rather, they exist parallel to each other.

“Comparing ETH and BTC directly is like comparing apples to oranges,” according to Zeeshan Feroz, Chief Growth Officer at crypto payments company MoonPay.

In the opinion of Matthew Gundrum, the marketing director for cryptocurrency payroll service Bitwage, “people don’t realize that ETH and BTC are trying to do two separate things and, therefore, can coexist.”

Both of these networks have seen a “dramatic adoption” in 2021 so far, which “will show no slowing in the next decade,” despite occasional hiccups along the way, he said.

Meanwhile, William Zielke, Chief Marketing Officer at crypto payments provider BitPay, said that while BTC remains the most popular crypto used by their consumers for purchases, representing almost 72%, ETH has grown to almost 10%.

“Both have strong perceptions as fast, secure, and modern digital assets. And, both work very well as a payment option,” said Zielke, who also noted that “unfortunately, both have high fees during peak periods.”

Also, bitcoin has certainly been receiving more institutional interest as of late, while interest in ETH is also growing.

MicroStrategy, for example, adopted BTC as their primary treasury reserve because “Bitcoin’s technical characteristics make it an ideal, diversified corporate treasury holding,” according to David Shafrir, co-founder and President of GDA Capital, the capital markets arm of the GDA Group of Companies.

And DeFi is changing the game also.

“More recently, institutional investors are increasingly gravitating towards Ethereum, primarily to participate in [DeFi] applications, such as “yield farming,” [and] a few whale institutional wallets are now dominating the capital pools of many of these platforms,” Shafrir said.

New applications are constantly being built on Ethereum, resulting in traditional financial markets becoming “far more sophisticated in their understanding of the potential of cryptocurrencies as an asset class,” Shafrir said, adding that one only needs to look at the number of bridges being built to Ethereum from other blockchain platforms, such as Corda.

And speaking of bridges, DeFi might become one of those. But some wonder how large of a role BTC will end up playing in DeFi.

Per William Zielke, the rapidly evolving DeFi space “effectively brings bitcoin to the Ethereum network,” thus providing blockchain traders with a bridge to Ethereum while maintaining exposure to BTC.

Bitcoin is the original DeFi application, said David Shafrir, but “the DeFi sector — as propagated by the Ethereum network — has very little use for BTC right now,” given that BTC on Ethereum can’t be directly used, but have to be converted into an ERC-20 token, or “wrapped.”

To do that, the original bitcoin is locked into a third-party smart contract. Therefore, while users can put their BTC to use generating passive income, wrapped bitcoin bridges may bring a number of risk factors to one’s capital, including theft by the protocol offering the wrapper, “which kind of defeats the point of DeFi,” Shafrir said, adding that “In the long-term, DeFi will completely change the structure of the financial system. Whether bitcoin will play a major role in that is doubtful.”

All that said, what these assets possess is the power to decentralize money and applications, Matthew Gundrum said.

“This way, humanity can work together to create a better world together without the suffocating grasp of centralized control,” he added.

Also, per Zeeshan Feroz, we should be looking at “the opportunity beyond ‘which platform will be dominant’ because, in the grand scheme of things, that doesn’t really matter.”

Beyond the hype: NFTs’ actual value is still to be determined

Beyond the hype: NFTs' actual value is still to be determined