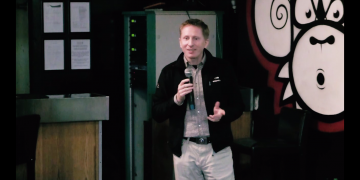 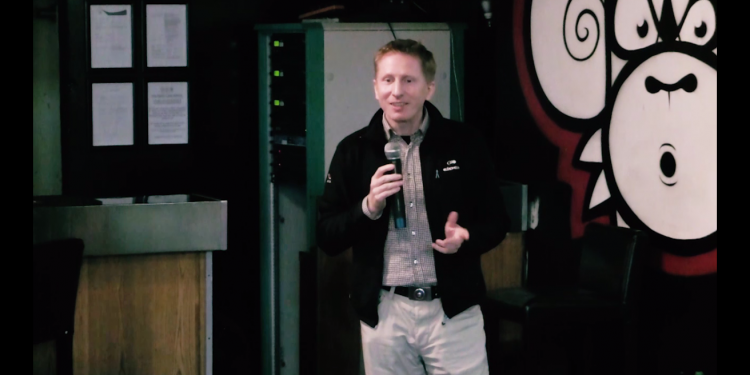 Of all the cryptocurrency projects describing themselves as “decentralized exchanges” (DEXs), Bisq may live up to the description better than most.

Operating since 2017, when it was originally called Bitsquare, the Bisq DEX runs directly on the user’s computer, rather than a hosted site, as many of the self-described DEXs currently do. And while DEXs like Airswap and Everbloom are operated by startups, Bisq is a strictly open source project developed by a grassroots collective.

However, the team behind Bisq recognizes it has more to do to eliminate single points of failure. As Bisq contributor Felix Moreno, a former chief financial officer of the bitcoin custody startup Xapo, told CoinDesk:

“If the [Bisq] founders want to go complete Satoshi and disappear from the project, it has to be able to survive that.”

So the Bisq team is launching a decentralized autonomous organization (DAO), essentially software designed to manage compensation for contributors to the project’s code without oversight from any single party. The testnet goes live in November, with the mainnet launching later this year.

That compensation will come in the form of a new cryptocurrency called BSQ. It’s a colored coin, essentially bitcoin that’s been marked as representing some other form of value in a layer above the core protocol. The Bisq DAO will distribute bitcoin that’s been donated to the project, in this watermarked form, to those contributors that the community has voted to approve.

To be sure, this plan combines two crypto concepts with inauspicious histories. The bitcoin community’s colored coin projects have generally floundered and attracted far less usage than ethereum-based tokens, which allow people to issue their own cryptocurrency without creating a unique blockchain. And the most famous example of a DAO, known simply as The DAO, collapsed after a highly publicized security breach in 2016.

Yet security is precisely the reason Bisq is launching BSQ on top of bitcoin, rather than ethereum, where The DAO debacle led to a contentious hard fork. Karrer said proof-of-work coins, which rely on miners doing complex calculations to update the blockchain ledger, are only secure when they’ve reached as widespread usage as bitcoin has. Furthermore, the Bisq community doesn’t believe that ethereum developers are able to provide secure, bug-free token generation quite yet.

“It [BSQ] is running on bitcoin, which on one hand is much harder to do because the programming language is not as flexible. But on the other hand, it’s more secure,” Moreno said.

So far, the Bisq project has received 2.5 bitcoin in donations, which can potentially be marked and divided into roughly 2.5 million BSQ tokens. But these tokens aren’t automatically generated. They are created if and when a DAO compensation proposal is approved. Then, much like a subway token or a movie ticket, BSQ will be consumed when someone spends them to use the DEX.

Specifically, the tokens will be used to pay trading fees to Bisq and security deposits via the DEX’s multi-signature smart contract, which holds bitcoin in escrow until the seller confirms receiving payment (off-platform, in another currency) from the buyer.

But while BSQ is one-time-use, the tokens will retain value as bitcoin, and those fees are generally used to pay bitcoin miners for processing transactions and, when needed, an arbitrator to referee disputes

The road ahead is steep. A comparative lack of market makers is a serious issue for the Bisq network.

Many ethereum-based tokens that proliferate on other DEXs are scarcely represented on Bisq’s order book. For example, out of 236 sample Bisq orders for bitcoin, the only cryptocurrency payment option with more than 10 orders was the privacy coin monero, with just 23 compared to the 46 euro offers for bitcoin. Indeed, The Block reported nearly 89 percent of Bisq’s trading volume over the last three months involved monero.

To a degree, this underscores the Bisq community’s privacy focus. When the DEX garnered more than $2 million in transactions through more than 979 trades in September, overall monero was the most popular crypto swapped directly for bitcoin. (Bisq also works through the anonymizing Tor browser.) Then the exchange reached an all-time high in October, with an overall monthly trading volume exceeding $3.5 million.

Yet while Bisq has been regularly processing more than 900 transactions a month since April 2018, this is a small number of transactions compared to DEX ecosystems like 0x, which facilitates thousands of transactions a week, including more than a 100 cryptocurrencies. In terms of overall offers, the institutionally focused Everbloom recently aggregated 140,000 offers at once and garnered roughly 5 percent of its traction from India, plus 7 percent from Turkish crypto traders.

Moreno told CoinDesk the team aims to increase global diversity, especially fiat options. “We want it to be able to run in India and China, even if there’s a complete ban in those countries on all things crypto related,” he said.

So far the only developing market Bisq has any modest volume in is Brazil, with just over $7,000 worth of transactions in September. Although most current users hail from tech-savvy circles in North America and Europe, volunteers are now working on a Farsi-language interface.

A software developer who works in Iran’s nascent blockchain industry, Yashar Rashedi, told CoinDesk he is intrigued by Bisq’s potential. But Rashedi went on to say Bisq is not yet mature enough, both technically and in terms of a critical mass of users, to support crypto traders who need to circumnavigate internet censorship.

“Right now a very small percentage of people are using DEXs. They are complicated, slow, don’t have a matching engine (mostly), not completely decentralized and private as they promote themselves.”

This is why bitcoin advocate Udi Wertheimer balks at the idea of calling Bisq a DEX at all. He told CoinDesk he sees Bisq as more of a peer-to-peer, over-the-counter trading desk.

“Exchanges that don’t have [order books] can’t really help with price discovery, and are open to all kinds of manipulation,” Wertheimer said. “So they can’t really be considered exchanges in the same way that the incumbents are.”

So far more than 144 people contributed to the Bisq project, with roughly 10 developers handling most of the heavy lifting. At the moment, roughly 200 people hold small amounts of BSQ.

Many more will need to join the pack in order to create a truly decentralized BSQ ecosystem. Karrer concluded:

“The goal is to become as decentralized and censorship-resistant as bitcoin. That’s a very high goal and it took bitcoin a very long time to get there.”

Image of Manfred Karrer via the Bisq team