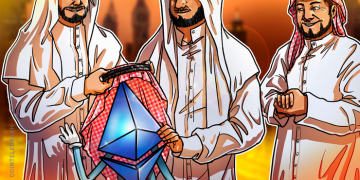 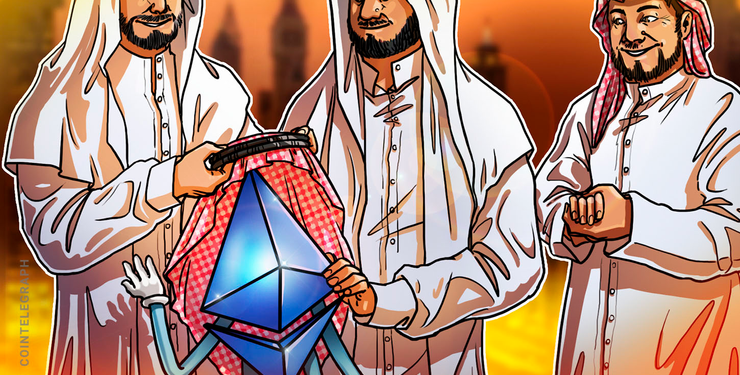 While we often get to hear about how cryptocurrency adoption is rapidly gaining ground in the West, a number of countries across the Middle East — such as Bahrain, the United Arab Emirates and Saudi Arabia — often tend to get overlooked, despite them having made tremendous strides when it comes to establishing regulatory frameworks that are geared toward the optimal utilization of this burgeoning asset class.

For example, a recent report by Asia Times has revealed that the UAE is one of the few nations in the world where the local government has placed special emphasis on promoting the use of crypto. In this regard, we can see that over the first quarter of 2019, UAE-based blockchain startups were able to raise a total of $210 million — thereby putting the Gulf nation at the apex of the world’s top-10 token sale list, even surpassing countries like the United States and the United Kingdom. What is most surprising is that just over a year ago, the UAE didn’t even make it on this list, thus proving that the onset of this recent crypto wave throughout the Middle East is somewhat of a recent phenomenon.

In the same breath, it is also worth pointing out that the U.S. has now slid from the number one spot to sixth in the aforementioned crypto funding list, primarily because the nation’s lawmakers have adopted a somewhat confusing stance toward the digital asset industry as a whole. On the subject, Alex Buelau, the CEO of CoinSchedule, tends to agree with the notion that, due to a number of regulatory concerns, more and more companies are moving away from the U.S. in favor of more hospitable regions such as the Cayman Islands, Singapore, etc.

Related: US a Crypto Exchange Scarecrow — What Needs to Change?

Not only that, Buelau also pointed out that, owing to the heavy-footed approach that countries such as China and India have adopted toward their local crypto markets, it appears as though the Middle East is now primed to lead the way for crypto adoption across Asia.

Lastly, according to reports, the Ethereum Foundation has recently been trying to make its way into the Gulf altcoin market by cooperating with financial experts. If successful, the organization could possibly help push partnerships with other established crypto firms in the coming future.

As many of our regular readers may be well aware of, Bahrain has made a lot of “under the radar,” crypto-friendly moves since the start of 2019 — with the nation’s central banking authority introducing an economic framework earlier this February that covers a host of rules related to the digital asset domain. On this recent development, Khalid Hamad, an executive director at the Central Bank of Bahrain (CBB), was quoted as saying:

Additionally, the Bahraini government was also involved in a joint crypto pilot venture along with Saudi Arabia and the UAE so as to help increase local awareness about blockchain technology as well as make cross-border payments between these countries more streamlined and hassle-free.

In a similar vein, Saudi Arabia is another nation that is also making use of blockchain technology to facilitate its international monetary transfers. For example, as per the announcement made by the Saudi British Bank (SABB) at the beginning of this year, the financial institution has partnered with California-based blockchain firm Ripple to launch an instant cross-border transfer service for its clients. Not only that, even the Saudi Arabian Monetary Authority (SAMA) is making use of a blockchain-based remittance system to facilitate transactions between various banks located within Saudi and the UAE.

Another recent phenomenon that seems to be attracting attention is that established crypto entities are turning to the Middle East in order to acquire investments for their envisioned projects. For example, it recently came to light that the Ethereum Foundation was partnering with finance experts from the Persian Gulf in order to showcase the compatibility of their blockchain ecosystem with existing Islamic rules and regulations — sharia in particular.

This is probably the first time a big-name crypto organization has taken such a step to secure a large-scale investment from the region’s financial elites. On the subject, Ethereum Foundation’s head of special projects, Virgil Griffith, was quoted as saying:

“My job is to keep rolling dice. Probably nothing will happen. But there’s a hypothetical case where say, the Saudi sovereign wealth fund invests, like, a trillion dollars [in Ethereum projects], which would be a real boon. That would be really great.”

Not only that, there are also firms like Houston-based Data Gumbo that have been successful in creating a blockchain-as-a-service (BaaS) platform that is now being used by various offshore drilling firms situated in the Gulf region. Through its Series A equity funding round, Data Gumbo was able to raise a sizeable sum of $6 million from the Saudi Arabian national petroleum and natural gas company Saudi Aramco and leading Norewegian energy operator Equinor.

Also in a conversation with Cointelegraph, Matthew J. Martin, founder and CEO of Blossom Finance, said:

“The DIFC (Dubai International Financial Center) with its FinTech Hive is attracting many interesting ventures. Since DIFC companies are allowed 100% foreign ownership, it’s a solid option for many international teams looking for either their primary jurisdiction, or as a primary base to support operations regionally. The acquisition of Souq by Amazon was also great validation of the exit potential for investors, and this will likely increase the volume of venture capital pouring in. With the strong public sector support for blockchain projects we’re seeing in the UAE, it’s likely that more international teams will chose the DIFC to incorporate.”

It is worth pointing out that there is an overarching issue that the Gulf oil and gas industry is currently facing in the form of data inconsistency. This is because niche measurements related to the weight, speed, delivery time, volume, etc. of crude oil are interpreted differently by various operators, service providers and suppliers. This not only results in tangible work-related delays but also causes large-scale payment disputes among all of the member parties.

Data Gumbo’s aforementioned platform minimizes such issues through the use of its BaaS network and smart contract technology, as it allows participating firms to obtain automated calculations on their invoice line items in real time. This enables important transactions to take place in a transparent manner. On the future potential of Data Gumbo’s BaaS-enabled platform, the company’s CEO, Andrew Bruce, noted:

“We enabled the first application of blockchain technology in the offshore drilling industry and will continue to break new ground with applications of BaaS to improve the bottom line of companies of all sizes. Blockchain will have a major impact on the oil and gas industry — and all global industries — and we will lead the charge in its broad adoption for sweeping operational improvements.”

ADNOC: The Abu Dhabi National Oil Company (ADNOC), which is the UAE’s largest oil firm, recently collaborated with IBM to devise a novel blockchain-based automated system to keep a close eye on the financial values of each transaction taking place between its operating members. Additionally, the new platform has been built atop Hyperledger and makes use of the IBM’s native Cloud computing technology.

NBAD: The National Bank of Abu Dhabi (NBAD) signed an agreement with Ripple back in 2017 in order to make use of the firm’s various blockchain offerings. The entire point of this exercise for NBAD was to streamline its monetary transactions and make international payments more accessible for its customers.

Even though a number of novel blockchain projects have emerged from across the Middle East over the past year or so, various roadblocks that are preventing many Western firms from capitalizing on this untapped market segment still exist. For starters, the issue of shaira compliance is preventing various big-name companies from accessing the $3.4 trillion market simply because their operational protocols do not adhere to existing Islamic law. But it is not as if Gulf nations such as Saudi Arabia, Oman, the UAE are not interested in making use of blockchain tech, as just last year, the crown prince of Dubai has announced that the city was going to deploy a blockchain-based administration system by 2020 that will allow the local government to digitize the ID, tax and registry details of its citizens and will store the data on a blockchain network.

Related: From Qatar to Palestine: How Cryptocurrencies Are Regulated in the Middle East

With that being said, the Islamic banking sector at large is still holding on to its skeptical view of blockchain because most financial institutions operating within the region adhere to certain long-held traditions that are in direct conflict with the way Western banks work. For example, sharia law prohibits the lending of money using a fixed interest rate model (Riba) — a common practice used by many banks across the world. However, since crypto and blockchain makes use of a fractionalized ownership framework, it is possible to make money lending complaint with the Islamic way of doing things.

In the same way, sharia also prohibits monetary transactions that are ambiguous in nature (i.e., deals that do not have defined legal boundaries). In this regard, smart contracts can be quite useful, as they clearly outline the terms and conditions of a particular exchange beforehand — thereby leaving no scope for future uncertainty.

As the global crypto economy continues to evolve, it seems as though established players such as the Ethereum Foundation and Ripple will continue to try to tap into the Gulf market because of the amazing monetary potential it offers. Cointelegraph recently got in touch with Atif Yaqub — an executive partner at UKP Assets — who is of the belief that, as we move into the future, the Middle East will start playing an ever-increasing role in shaping the digital currency landscape. According to Yaqub:

“As the Gulf nations move to diversify from their oil based economies, there is a huge drive in tech investment. There has been much interest in Blockchain and Crypto companies on the State and private level.”

Similarly, while elaborating on the topic of how foreign firms are reaching out to Gulf states for ties, partnerships and money, he added:

“The Gulf offers untapped growth opportunities and entry to the wider region. Pursuing comprehensive Shariah certification for a network, like Ethereum has been doing, lifts many barriers to entry. This just expands the use cases and audience.”

Last but not least, with Facebook’s Libra coin all set to enter the altcoin market in the near future, it will be interesting to how crypto adoption spreads throughout the Middle East — especially considering that the social media juggernaut has a little over 265.4 million active users spread across the region.