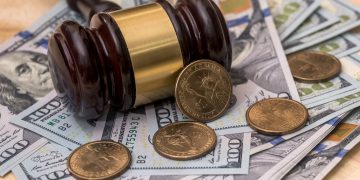 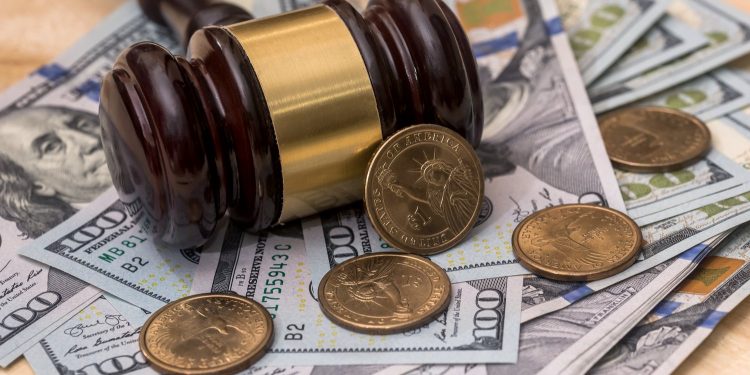 A federal judge has dismissed a lawsuit against Coinbase alleging the exchange hurt investors when it listed bitcoin cash by allowing insider trading.

On Tuesday, U.S. District Judge Vince Chhabria, from the Northern District of California, dismissed a lawsuit filed by Arizona resident Jeffrey Berk against Coinbase, who claimed that the exchange allowed insiders to trade bitcoin cash prior to its listing on the exchange. This in turn harmed  investors, he said in March.

In the original complaint, filed in March, Berk claimed that “unsurprisingly, those who had been tipped off [about bitcoin cash’s listing], immediately swamped Coinbase and the GDAX [sic] with buy and sell orders, thinning the liquidity but obtaining BCH at fair prices. The market effect was to unfairly drive up the price of BCH for non-insider traders once BCH came on line at the Coinbase exchange.”

In dismissing the suit, Judge Chhabria wrote that “Berk’s complaint does not sufficiently articulate the legal basis for his claims,” and explaining that “a reader of the complaint is thus left wondering what Coinbase should have done differently, or why the rollout of bitcoin cash would have gone more smoothly had Coinbase done whatever Berk thinks is appropriate.”

With one exception, all of Berk’s claims were dismissed without prejudice, the judge continued. As a result, Berk and his attorneys now have three weeks to file an amended complaint.

This exception revolves around a claim Berk made concerning the Commodity Exchange Act. However, Berk lacks the standing to make this sort of argument, according to Stephen Palley, an attorney with corporate law firm Anderson Kill P.C.

“They tried to use the CFTC vs McDonnell case, and in that case, that’s a case where the court said the CFTC has enforcement jurisdiction over claims of contracts and the court said ‘yeah you’re not the CFTC, so because you don’t have any futures-related claim that was thrown out,'” he said.

Lynda Grant, an attorney for Berk, told CoinDesk via email that she will be filing an updated complaint within the deadline, though she did not provide any further details.

“We intend to amend the complaint,” she said.

A representative for Coinbase declined to comment on the case.

Coinbase’s victory in getting the case (at least temporarily) dismissed came alongside a loss in another motion the exchange filed.

In his ruling, Chhabria denied a Coinbase motion to compel arbitration, which sought to force Berk to sit for individual arbitration, rather than continue the case to a potential trial.

Coinbase claimed it had the right to compel arbitration according to the User Agreement Berk had to have agreed to when signing up for the exchange. However, a judge dismissed this motion without prejudice (meaning Coinbase can try again after Berk’s amended complaint is filed).

Palley said that this particular aspect of the ruling stood out to him, adding “my view of this case is that it tells you something about the Coinbase arbitration clause.”

Regardless of the eventual outcome of this case, the ruling on the motion to compel arbitration is likely one that will be referred back to in future suits, Palley said, explaining:

“What happened was Coinbase moved to compel arbitration and also to dismiss, and the thing that jumped out at me was that it obviously matters a lot to them, they would prefer not to have cases heard or tried in court, they’d rather have it tried in arbitration, they have an arbitration case … [but] the court denied the motion saying the arbitration clause should only apply to things that are under contract.”

Berk’s allegation that Coinbase hurt consumers by allowing market manipulation does not fall under this contract, according to Chhabria.

In his ruling, the judge noted that Coinbase’s motion to dismiss did not reference the user agreement, and “assessing whether Coinbase might have engaged in market manipulation or unfair business practices does not require ‘reference to the underlying agreement or interpretation of the parties’ contractual relationship.'”

The ruling is significant to how the case may proceed, Palley said. While Coinbase has the option to file another motion to compel arbitration, the amended complaint is likely to move even further away from the user agreement than the original.

“A decent lawyer isn’t going to make a losing argument when they’ve already lost on the point before,” he said.

As a result, the case may then proceed through the court system.

While Palley did not speak to the merits or the claims made in Berk’s suit specifically, he noted that generally, if a lawsuit moves past a motion to dismiss and discovery and is certified as a class action, “in most cases these things settle.”

Read the full ruling below:

ORDER DENYING MOTION TO COM… by on Scribd