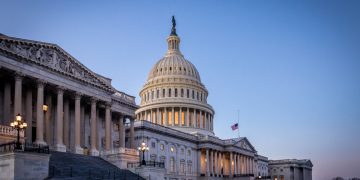 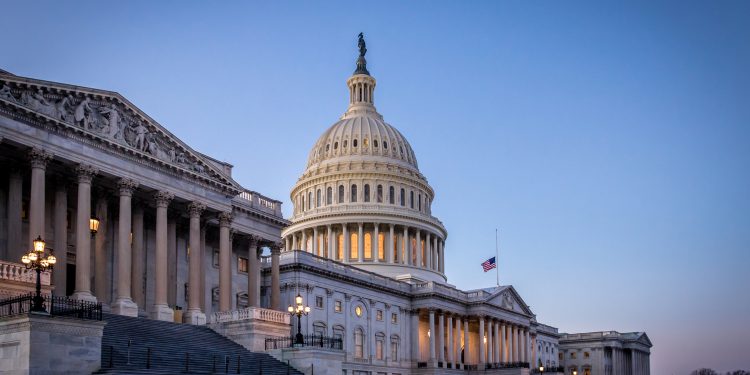 The U.S. government may be open again, but don’t hold your breath for regulatory approvals of crypto investment products.

The shutdown, which began on Dec. 22, 2018 and ended on Jan. 25, forced federal agencies, including the Securities and Exchange Commission (SEC) and Commodity Futures Trading Commission (CFTC), to shutter their doors. This in turn delayed product launches and caused some companies to pull proposals.

Now that they’re back to work, though, the SEC, CFTC and other regulators have five weeks of work to catch up on. And the industry’s advocates in Washington, D.C. are under no illusions that a bitcoin exchange-traded fund (ETF) or similar applications will get expedited treatment.

Kristin Smith of the Blockchain Association likened the reopening to starting a car after not driving it for an entire winter, explaining that it would take time for the various regulators and agencies to begin operating at full strength again:

“Everything still works but you need to give it time to warm up. It’s been frustrating, but I think at worst you’ve seen companies delay rather than cancel plans and now folks are eager to pick up where they left off.”

SEC chairman Jay Clayton announced in a public statement that the regulator was “returning to normal operations.” During the shutdown, the agency monitored markets but only took action “to prevent imminent threats to property,” he noted.

That being said, while the agency’s 4,500 employees are back on duty, he noted that the leaders of the SEC’s various divisions needed to determine how best to transition back to business as usual. Some of these divisions would, therefore, be making their own separate announcements about how they might do so.

The shutdown – which was the longest in U.S. history – will likely have “some repercussions for the space” as well, said Steve Ehrlich, chief operating officer of the Wall Street Blockchain Alliance.

The foremost issue, he said, is the fact that the reopening may be short-lived. The truce between Congress and U.S. President Donald Trump is temporary, and if the two branches of government cannot agree to a permanent budget and a compromise on the proposed border wall by February 15, the government will shut down again.

“I can’t imagine any company trusting that the government will not be shut down again following the 21-day reprieve,” Ehrlich told CoinDesk via email. “Until there is more certainty that the government will not get shut down again in 21 days, federal regulators will focus their activities on serving the broadest segment of the population and addressing their highest priorities, which may not include crypto.”

Indeed, the Senate and House conference committees only began meeting Wednesday to discuss how to avoid shutting down the government again.

More broadly, companies looking to conduct business or base themselves in the U.S. might have second thoughts, Ehrlich said, adding:

“Without the comfort of knowing that the political climate will be calmer for the indefinite future, there will be companies that seek to avoid domiciling themselves in the U.S. or will de-risk themselves by avoiding serving U.S. customers … Those companies that are committed to the U.S. will also face challenges.”

Templum Markets CEO Vince Molinari told CoinDesk that the SEC “made an incredible effort to keep up with their immense workload,” but given how few staffers were on duty during the shutdown (fewer than 300), a 21-day reprieve would not “materially affect” the agency’s backlog.

“It would be impossible for any agency to catch up immediately after so many weeks sidelined, despite their best efforts,” he said.

Indeed, while NYSE Arca and Bitwise Asset Management have filed a rule change proposal for a bitcoin exchange-traded fund (ETF), the SEC has not yet published the document for review in the Federal Register. This indicates the regulator is not currently examining the document and there is no timeline for when a decision approving or rejecting the proposal may come.

Too late for some

The shutdown has already resulted in several planned product launches or hoped-for approvals being delayed.

“Conversations that had been ongoing between startups and relevant regulators such as the SEC (including its newly created FinHUB) about business models and plans have likely lost critical momentum and will take time to recover,” Ehrlich added.

Indeed, the VanEck/SolidX bitcoin ETF proposal was withdrawn by Cboe earlier this month. VanEck CEO Jan van Eck cited the government shutdown as the reason for this decision, explaining that while the companies behind the proposal had been working with the SEC to answer questions about the space, those conversations had been put on pause when the government shut down.

The ETF was re-filed on Thursday, but like NYSE Arca’s, it has not yet been published in the Federal Register.

Bitcoin futures exchange Bakkt, developed by the parent company of the New York Stock Exchange, is perhaps the other most-anticipated product launch, but it too is dependent on regulatory approval. The company is waiting on the CFTC to green-light its proposal, but first, the commissioners must release it for public comment. After the 30-day public comment period concludes, the commissioners must then vote to approve Bakkt’s offerings.

As such, there is currently no timeline for when Bakkt may go live. A spokesperson for the company declined to comment when reached.

Similarly, trading platform ErisX is waiting on the CFTC to grant its derivatives clearing organization application. Conversations between the firm and the regulator halted, though CEO Thomas Chippas told CoinDesk during the shutdown that he looked forward to “re-engaging with [CFTC] staff” once the government reopened. ErisX declined to comment on what the reopening would mean for this effort.

In another example of the lingering aftereffects of the shutdown, Ehrlich said he expected that anticipated guidance on token sales from the SEC would be delayed, adding:

“Plus their restarts could be delayed by the mountains of paperwork that officials will need to address.”