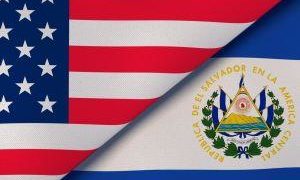 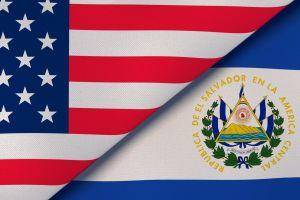 The US is now seemingly increasing pressure on El Salvador that is pushing forward with its plans to adopt bitcoin (BTC) as legal tender alongside the US dollar.

Tensions have been rising between El Salvador’s President Nayib Bukele and the Joe Biden administration in the United States, and Victoria Nuland, the American Undersecretary for Political Affairs, yesterday visited Bukele for face-to-face talks.

While Reuters reported that Nuland had expressed the “hope” that El Salvador and the International Monetary Fund (IMF) (that is not happy about El Salvador’s Bitcoin plans) would finalize the agreement “following the country’s dramatic move to make bitcoin legal tender,” domestic press outlets took a less optimistic view of the summit. Julie Chung, the Deputy Assistant Secretary of State for the Western Hemisphere, accompanied Nuland, with the former having issued warnings about the Bukele government’s approach to China ahead of the summit.

Beijing has been forthcoming with financial backing for El Salvador of late, a fact that has raised concern in Washington.

Nuland, too, warned Bukele to pay attention to a forthcoming list the United States is set to release in the coming days, which, per ElSalvador.com, will “contain the names of Salvadoran officials linked to corruption.” These officials, the media outlet added, “will be sanctioned with the loss of their American visas for at least three years.”

Bukele had dismissed the list in the lead-up to the meeting, calling it “political.”

Nuland also warned Bukele that Washington was growing concerned about the government’s increasing control over the Salvadorian judiciary, and the freedom of the domestic press.

She will likely be dismayed to learn, however, that such American pleas have so far fallen on deaf ears, with a group of what the domestic media has labeled Bukele supporters appointed as judges in the Salvadorian Supreme Court on the eve of her visit. The National Assembly swore in five new Supreme Court magistrates, also per Elsalvador.com, with the group’s new leader coming from the same pool of pro-Bukele lawyers that successfully ousted Constitutional Court magistrates earlier this year.

The new magistrates will preside over the Supreme Court until 2030 – a fact that critics claim has now given Bukele a vice-like grip over all organs of the government.

The sangfroid between Washington and El Salvador could well continue, with neither side looking set to back down as things stand.

Meanwhile, Bukele’s government is pressing ahead with infrastructure plans with just over two months left before the country welcomes BTC as legal tender. According to La Prensa Gráfica, the Minister of Finance Alejandro Zelaya has expanded on the government’s plans to roll out two state-issued crypto wallet and payment platforms. Named the Chivo, B2B and B2C versions are already in development, and the finance chief stated that the former would be made “attractive” for commerces.

Aside from commitments to ensure commission-free payments, Zelaya did not elaborate on what the perks of using the app would be, but teased:

“We have to make the B2B wallet in a way that is attractive for corporate usage, otherwise no one is going to use it.”

But Bukele has also come under fire from critics who claim that the government is directly handing out the tender to the app’s developer, rather than holding a transparent public bidding process. Bukele has not publically revealed which firm is developing the app, but many expect that the American BTC firm Strike will be involved in some capacity.

The move, El Salvador said, is reminiscent of the government of the day’s move back in 2010 to hand an electronic public transport pay contract to the Latin American giant Sistema Único de Boletos Electrónicos (Subes). The government in question was the much-maligned FMLN administration. The FMLN Party has since fallen from grace spectacularly, and has since become one of the National Assembly’s smallest parties. Three of its four MPs have launched two separate bids to derail the new law.

The Magic of Automated Investing and Why It’s Taking Over