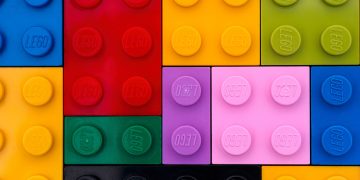 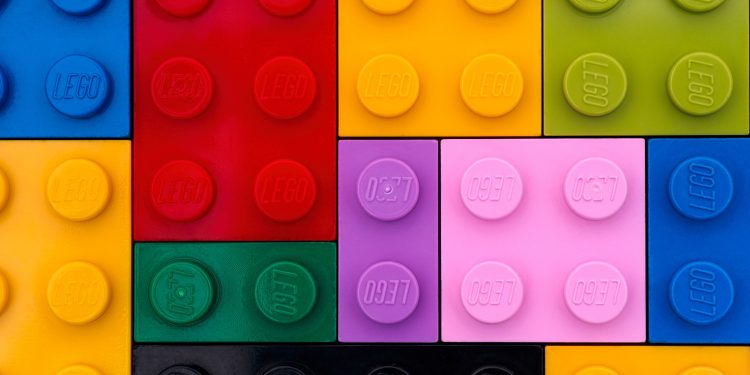 Pindar Wong is the chairman of VeriFi (Hong Kong) Ltd and a member of CoinDesk’s advisory board. An internet pioneer, he co­founded the first licensed Internet Service Provider in Hong Kong in 1993.

From ethereum’s conflicted handling of The DAO attack to bitcoin’s block size “civil war,” to the new staking, baking and voting models for upgrading protocols and electing delegates in more recent blockchain projects, “governance” has long been a heated topic in blockchain communities

As pressure for capacity upgrades has grown along with blockchain adoption, communities have struggled to find an idealized “decentralized governance” model for agreeing on code changes and software forks. The difficulty is understandable. After all, the very idea of blockchain governance can seem like a paradox wrapped in a dilemma. The paradox: “How do you change something which is ‘immutable’?”

The dilemma: “In choosing between a hard fork or soft fork: do you split the very value of using a blockchain in the first place?”

I used to characterize the distinct approaches to these fundamental questions as either “on-chain” governance, where code change negotiations are baked into the protocol’s consensus mechanisms (Decred, DFINITY, EOS, Tezos), or “off-chain” governance (bitcoin, ethereum), where upgrade proposals are negotiated offline before being implemented. (Within the latter
camp I also saw further division, as some, particularly in the bitcoin community, forswear any form of off-chain governance at all.)

I say “used to” because I no longer think it’s productive to address this puzzle in purely ‘decentralized’ or ‘governance’ terms. Learning from the confusion and heartache of the past 20 years in which governments – the traditional, offline kind – have struggled to understand who “governs the Internet,” I think we need to change the taxonomy.

I suggest substituting “polycentric” for “decentralized,” and “stewardship” for “governance.”

While authorities took years to understand what “Internet Governance” meant, billions of hosts and multiple “stakeholders” continued to come online worldwide. This meant that, much like blockchain technology, the Internet had its own “scaling issues.” We didn’t run out of block weight or block gas limit, but we did run out of numbers to name each network interface
(IPv4 address exhaustion).

In addressing these challenges, a complex ecosystem of stewardship emerged, almost organically. The Internet’s governance came to comprise many independent but interrelated groups, each managing the development of distinctly different but equally important protocols.

The Internet Engineering Task Force (IETF) stewarded the core internet protocols that connect hosts on the network (TCP/IP, BGP, HTTPS); the World Wide Web Consortium (W3C) stewarded the standards for the Web (HTML); and the Internet Corporation for Assigned Names and Numbers (ICANN) stewarded the Domain Name System (DNS), to name but a few groups.

Today, the Internet is not a single complex legal protocol agreed to by 195 nation states, but a mix of technical protocols that are voluntarily adopted by over 70,000 Autonomous Systems(AS): each of which independently operates its own network.

This complexity in the stewardship ecosystem evolved as the demand for online commercial services generated it’s many scaling challenges. But while it meant there would be no single centralized body responsible for all the policies and protocols that Internet users’ rely upon, it did leave a concentration of authority within each group. Each organically evolved its own
distinct culture and community norms, its form, to follow its unique function and pursue a common goal of stewarding the development of specific protocols and policy standards.

Together, these groups now comprise a “polycentralized” ecosystem, having many centers. I see blockchain protocol development following a similar trajectory, with complexity growing as networks become more layered (e.g. the Lightning Network), as different consensus algorithms develop, and as different kinds of specific blockchain hardware such as hardware wallets are deployed. While it’s true that the overall blockchain ecosystem is “not centralized” – that it lacks an overarching center of power or control – I would argue that it is already polycentralized.

As such, it’s not helpful to fixate on a “decentralized” ideal.

How then can we also frame and simplify reasoning about the different roles, and complex interests, within a single family of blockchain protocols? For example, between bitcoin’s multiple stakeholders: developers, exchange operators, full-node operators, miners and end-users.

One lesson I learned from helping organise the 2015 “Scaling Bitcoin” workshops was that thoughtful protocol designers gave careful attention to the overall sustainability of an immutable blockchain. They sought to address not only classic computational “space and time” tradeoffs, such as how to process an “optimally malicious block,” but also more specific concerns with how transaction costs are externalised to the network — for example, how to manage the unspent transaction output (UTXO) set.

In 2016, I shared my learning at the MIT Bitcoin Expo, but at that time I still felt that the rough and tumble of divisive debate and stressful challenges to the network would only make the bitcoin protocol and community more robust and immune to future challenges. Drawing parallels with the evolution of biological systems and the herd immunity they develop in response to persistent threats, I concluded that bitcoin’s “antifragile” framework was working.

Unfortunately, I didn’t then have a more thorough way of reasoning what a “healthy” – i.e. sustainable – network should look like. There was no mathematical theory for measuring an ecosystem’s sustainability. So, I wasn’t seeing the overall picture and missing some of the ecosystem’s more fundamental governance challenges.

I now believe that the foundational work of Nobel economist Elinor Ostrom and euro architect Bernard Lietaer, both recently deceased, may point the way forward, to better frame discussions so that we can ask the right questions at the right time, measure what should be measured and respond accordingly.

Ostrom, who passed away in 2012, studied what economists call ‘common-pool resources’ (CPR), such as pastures for grazing or water for irrigation, all of which risk contention and overexploitation if overused. I think it is helpful to consider blockchain transaction capacity, the blockchain itself, and other related resources such as computation power in the same vein, as CPRs.

Before Ostrom’s research, it was thought that the only way to sustainably steward such resources was either by establishing private property rights or with government regulation. After studying hundred of cases of sustainable CPRs worldwide, Ostrom found that complex systems aren’t necessarily “chaotic” by default. She found sustainable CPRs – in Maine lobster fishermen’s common governance of their fishery, for example — and discovered a third way was possible. She identified eight helpful common ‘design principles’ for managing sustainable CPRs, together with two frameworks for reasoning: the Institutional Analysis and Design (IAD) and the Social-Ecological Systems (SES) Frameworks.

I find Ostrom’s frameworks fruitful for thinking about the tradeoffs between different blockchain CPRs: collective bandwidth, memory, disk and computational capacity, etc. Though the mapping is not exact, or one-to-one, I believe it can help future researchers develop common design principles in blockchain incentive design.

Ostrom’s IAD and SES frameworks are not enough alone. They might help us ask the right questions and compare the sustainability of different blockchain ecosystems, but how does one actually measure it for a blockchain network? Here the late Bernard Lietaer has much to offer.

Lietaer, who died earlier this year, co-designed and implemented the European currency system’s convergence mechanism, making him, in many respects, a key architect of the euro.

He was a monetary scholar and wrote four books on the future of money. He also did pioneering work in the pre-cryptocurrency field of “complementary currencies” and in 2017 was named Chief Monetary Architect of the Bancor Protocol Foundation, which oversees the ethereum- based Bancor liquidity network for token convertibility.

Lietaer’s definition of money as “an agreement within a community to use something standardized as a medium of exchange” is among my favorites. Most importantly, he and Robert E. Ulanowicz developed a single metric for measuring the sustainability of “complex adaptive flow networks,” such as those that exist in flows of nutrients in nature or financial flows in economic networks.

The practical takeaway from a lifetime of studying real-life ecosystems is that there appears to be only a small “window of viability” between optimizing a sustainable network for greater resiliency and greater throughput. In the case of a “monoculture in money,” the implication is that a small handful of different kinds of money are needed for optimal sustainability.

This bodes well for the wider adoption of cryptocurrencies.

Like a sixth sense, I see ‘dead’ governance models everywhere, all laid waste by the collision of two worlds: the world of borderless networks, as embodied in the Internet, and the world of bordered nations. From Facebook’s crisis, which prompted its CEO to cry that “The Internet Needs New Rules,” to the UK’s Brexit crisis, it’s clear that a new stewardship rulebook is required.

With their capacity to automatically enforce rules across a borderless network, blockchain protocols offer potential solutions to these deep-seated problems. But if their own governance challenges prevent them from scaling beyond their current capacity limits, that opportunity will be lost.

When addressing such challenges, we need to design blockchain ecosystems as sustainable common-pool resources. It’s this third-way approach to negotiating complex competing interests – neither chaos nor centralized control – that will allow blockchains to sustainably scale into becoming a vital element of humanity’s economic future.

Bitcoin in Space? It Helps With Connection Woes, Says Blockstream's Adam Back